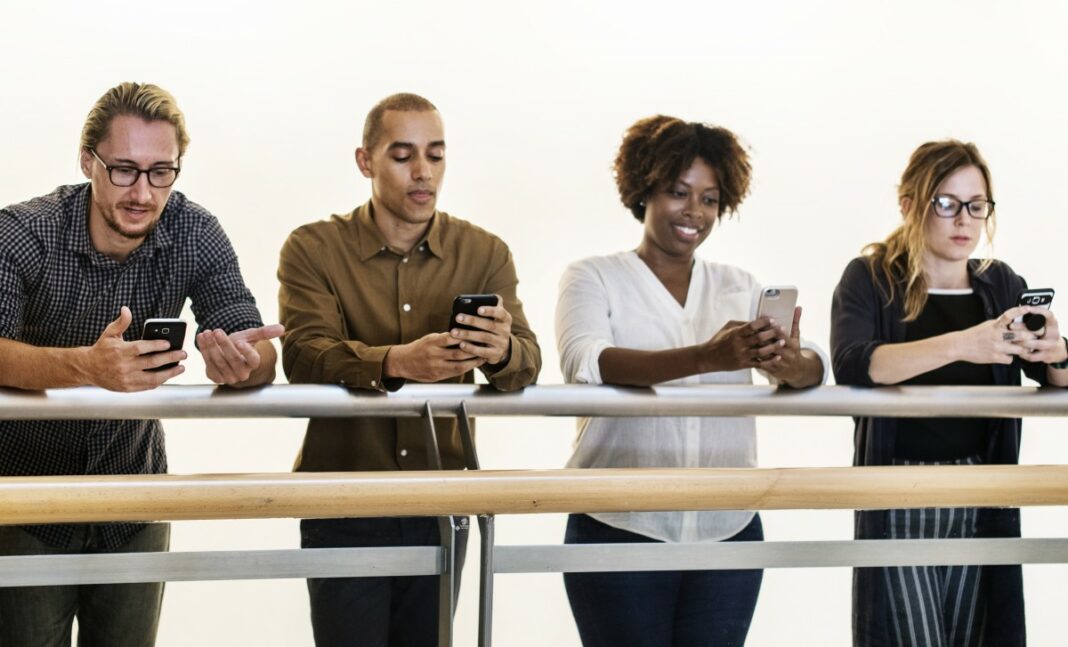 Aylesbury, U.K. Big Tech is the bogeyman for growing numbers on the Right. Censorship of conservative outlets and viewpoints is a recurring complaint. Also under fire is the hegemony of the “woke” orthodoxy at these companies. Josh Hawley, Senator from Missouri has become the American Right’s champion against the Big Tech behemoths. He has written a book detailing the problems as he sees them, in turns of monopoly, economics, culture and politics. He also offers some legislative and cultural proposals to deal with our situation.

This is more than a political screed, and Hawley has written, on the whole, an enjoyable book, employing an uncluttered style without surrendering to the trend towards dumbing down to the lowest common denominator. Even so, it was a slight irritation to read his Preface about being cancelled by Simon & Schuster and subsequently published by Regnery. Hawley’s fist pump at the yelling crowd on January 6, 2021 and vote against the election of Joe Biden are ignored. Despite these foolish actions, the book and the man are, as Ross Douthat has argued, worth paying attention to.

First, let’s look at the scale of the challenge in front of us. As Hawley lays out: Apple and its iPhone empire along with the App Store gives the giant “a share in approximately $500 billion in annual app commerce–along with the ability to influence the design, marketing, and operation of every app offered up for sale on an iPhone.” Meanwhile, “of adults in America who use social media, 99 percent use Facebook.” Of course, Facebook also owns Instagram, WhatsApp, and the Messenger app. The user base is “so big the company can and has single-handedly reshaped the flow of information in the United States.” Google, meanwhile, “holds 68 percent of the global desktop market share and 63 percent of the market for mobile browsing” through its internet browser, Chrome. Its Android mobile platform “represents 85 percent of smartphone market share worldwide.” Google Maps is massive, “controlling 67 percent of the smartphone map market.”

Amazon increasingly controls the data and hosting infrastructure by which our modern economy and society are conducted. Amazon has greater and greater control of the access to the means of cultural production: this includes communication and the media systems we use to comprehend the world. Control of access is control as such. As well as controlling the infrastructure through which we lead our lives, in the US Amazon has “126 million subscribers to its Amazon Prime subscription service, amounting to more than one-third of the nation.” Furthermore, in 2020 “Amazon also controlled at least 40 percent of all online sales in America.” It has caused huge upheaval across the retail sector, both on and offline, and has driven local businesses to the wall, or as near as. The market capitalisation of Apple, Google’s parent company Alphabet, Facebook, Amazon, and Microsoft is equal to the GDP of France, the seventh-largest economy on the planet. What we in the wider West are facing are corporations at a scale that dwarfs most national governments. It’s partly because of this that Joel Kotkin has argued that we are headed into neo-feudalism.

Much of Hawley’s book concentrates on the negative effects of this hegemonic economic position. He affirms Jaron Lanier’s argument that “large, highly automated businesses can’t help but present some of the problems of monopolies.” These behemoths thrive off the monopolisation and monetisation of our undivided and, arguably, addicted attention. We are the product. Our attention equals their data, which makes them their money. The new economy, as Lanier points out, is one where the Big Tech giants extract “much of the productivity of ordinary people” from an “informal economy of barter and reputation, while concentrating the extracted old-fashioned wealth for themselves.”

This rent seeking does little to enable the true liberty of self-government in community and actively works to eliminate both. Hawley writes that “Big Tech seeks to create a global system of automatic rent extraction from the real economy,” with the division between we who provide the data and those who exploit it representing “the modern equivalent of the Gilded Age division between corporate management and labor.” According to Hawley, those who work in the physical world are the new proletariat and those who work in the digital world the new aristocracy—Michael Lind’s “Overclass”—for the new Gilded Age.

Further on, Hawley presents a range of studies and data that demonstrate what we intuit but can’t always prove: Big Tech has actively fostered our addiction to the devices and services they so generously provide. Indeed, Hawley cites the Google Brain team, responsible for artificial intelligence research, which developed a new algorithm called “Reinforce” for its YouTube video site. In 2017 one engineer called this algorithm “a long-term addiction machine.”

We cannot resist the shining portal in our pockets, checking and re-checking to see how our social status in what Mark Dooley calls “Cyberia” is ascending or declining, claiming it connects us while it divides us from each other and ourselves. The statistics Hawley presents on the mental health disaster among young people are stark, with anxiety, loneliness and isolation, depression, self-harm and suicide all going skyward among young people, particularly adolescent girls. It turns out that unlike the Overclass promise that “you’ll own nothing, and you’ll be happy” we are actually catastrophically unhappy.

Material conditions matter and are too often neglected by some on the American right. But morality matters, and there will always be an orthodoxy. Two questions: whose morality, and which orthodoxy? Hawley, himself somewhat of an intellectual who wrote a well-received biography of trust-busting president Theodore Roosevelt, spends a good deal of the first part of the book discussing both foundational ideas that constitute America’s republican tradition and the threat to this from what he calls “corporate liberalism,” or what Cold War hawk James Burnham dubbed managerialism, the ideology of the managerial revolution.

Hawley lays out, in clean and lucid prose, the nobility and dignity conferred on those early Americans who at least envisioned—even if they did not always practice—a form of republicanism that relied on fully formed citizens. They saw freedom not as the maximization of liberty, but the freedom from one’s animal nature, from which one could live in community with others, restraint allowing the freedom of communal self-government that balanced individual liberty with the common good “of the common man and woman.” This was built on a large degree of economic autonomy, with artisan tradesmen and farmers able to support their civic participation through their attendant economic security and independence, rooted in a Protestant ethic that frowned on ostentation and excessive displays of wealth.

Of course, the material basis for such a way of life was upended by the industrial revolution, which really kicked into high gear after the Civil War and progressively destroyed the ability to achieve and retain economic autonomy. As Hawley writes, “the dignified, independent, self-sustaining laboring class” was replaced by “capitalists, educated professionals [managers], and workers.” Americans became wage earners rather than independent producers. This heralded the age of the managerial corporation and the managerial state, when even what Burnham called “the big bourgeoisie” were edged out of the top of the economic hierarchy by the managerial class, those who administered and oversaw the new, massive, and highly complex corporate structures. As Hawley writes, and as Paul Gottfried has argued convincingly, liberalism moved from liberty as self-rule to liberty through maximization of personal autonomy.

President Woodrow Wilson and Progressive thinkers like Walter Lippman saw this as the next stage of man’s onward march towards moral perfection here on earth. And big business would play a central role in bringing this to pass through its provision for and satisfaction of man’s material needs. Wilson argued that “the individual must be assured of the best means, the best and fullest opportunities, for complete self-development.” Individual choice about one’s “complete self-development” enabled by access to consumption was the highest good of the managerial state. The state’s role was “to aid the individual to the fullest and best possible realization of his individuality.”

If this sounds similar to today’s Big Tech corporations, that’s because it is. Big Tech embody the latest iteration of “corporate liberalism” through their pushing of what Wesley Yang calls the “Successor Ideology,” an identitarian ideology of extreme egalitarianism focused around categories of race, gender, sex, sexual orientation, etc. However, there’s no need for Hawley’s ‘corporate’ prefix to liberalism. This is liberalism as such working out its individualist logic over time, as Patrick Deneen argues in Why Liberalism Failed.

Hawley holds both Left and Right to account for their adherence to corporate liberalism: “Both Right and Left now looked on liberty as something conferred rather than practiced, something that could coexist—as market choice, for conservatives; as expressive rights and social welfare, for progressives—with concentrated power, Big Tech being Exhibit A.” Two facts the Right too often ignores: laissez-faire was planned, and free markets aren’t free. Big Tech determines what ideas are present and up for discussion in the marketplace of ideas, “the biggest news publishers in the world” working “in tandem with liberal-corporatists in government, in the business world, and in other establishment institutions to advance the cause of ‘progress.’” Resistance is crushed in a digital Tienanmen Square.

Those right-wingers who still cling to a “principled conservatism” defend the very market and meritocratic system that is destroying the values they claim to uphold. Indeed, as Christopher Lasch argued, “conservatism … has allied itself with the very forces that have brought about the progressive shattering to atoms of our social system.” Instead of protecting the liberty and economic independence of the common man and woman, the American Right still pushes a worldview that causes their mass proletarianisation and rent-extraction by the Big Tech corporates who often lobby those supposedly on the side of the American people. The Right “celebrated the market no matter how corporatized or consolidated it became,” Hawley states. Both sides of the liberal spectrum accepted “the social order that corporate liberalism imposed, the ascent of the professional class and the ‘meritocracy,’ and the social devaluation of labor.”

Hawley offers solutions in the final section, both policy-oriented and personal. In sum, his solution is to break up tech through government action and to disengage from it in one’s own life. The simple fact is that the power Big Tech wields is not inevitable; it was enabled by political choices and can be undone by political choices. The Right in America seems almost totally unwilling to accept this, that the use of state power is often needed to rein in threats to its own hegemony, and to preserve the liberty of those it is duty-bound to protect. The American Right must drop its libertarian economism and use the instrument of the state for the common good of the common man and woman, to “secure the general welfare” of the American people. In terms of Big Tech, Hawley’s book goes some way towards providing a framework for using the threat of a legislative boot to stomp Big Tech back down to size. Whether the Right will listen is another thing altogether.

The Banalities of “the Birth of Modern Agriculture”: A Review...

Something About Which Leftists, Localists, and Libertarians (But Probably Not Philosophical...