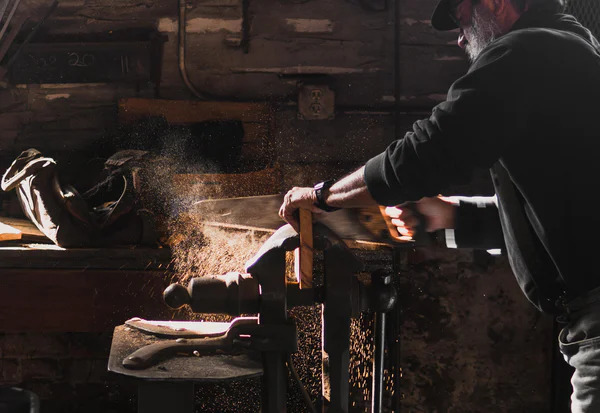 Unity, ME. Critics of neoliberal society tend to focus on either its problematic foundational ideas or on problematic structures of power imposed by and for the elites of our society. Both, of course, are valid angles. Ideas result in structures, and structures foster and reinforce certain ideas.

As an alternative to these ideas, some postliberals, borrowing from Catholic social teaching, emphasize solidarity – a mutual sympathy and responsibility that prioritizes our nearest neighbors but includes all creation – and subsidiarity – ceding the priority of decision-making to those closest to implementation – as foundational ideas for supporting the common good. Such ideas lead also to alternative structures: through membership in local community, we grow in our skills and personal identities as we recognize and act on our obligations to the welfare of others according to our relationships with them – parent, child, co-worker, neighbor, client, vendor. Through local action in concert with our communities and the natural world, we focus on who we are and what we are together creating rather than on what we are consuming.

A structural flaw evident in mature neoliberal societies built on autonomous, atomistic individuality is the loss of a coherent ordering of the one, the few, and the many, and, in particular, the loss of the middle, replaced by a large state, mediating, through force, rights issues between individuals. An example is the rise of what some call rentier capitalism, wealth accumulation from owning rather than from producing. Rentier capitalism is largely the outcome of the machinations of those with an oligopolic share of a market or with privileged access to the complex legal system of intellectual property rights. These structures form effective barriers to market entry by those who could otherwise contribute to society through their creativity.

Aaron Perzanowski’s engaging book, The Right to Repair: Reclaiming the Things We Own, traces the reach of power structures like rentier capitalism and how they undermine the ideals of solidarity and subsidiarity important to our ability to flourish in our various roles in households, workplaces, and communities.

In eight concise, lucid chapters, Perzanowski lays out the case for why repair matters, the cultural history of repair, and how the culture of repair itself has been broken and needs mending. For readers exhausted by the seemingly intractable erosion of society by powerful forces, Perzanowski, has, thankfully, included many tales of heroic and insurgent successes sure to inspire readers, and his treatment of cultural history related to planned obsolescence, consumerism, and repair makes for an intriguing story with plenty of sociological insights that will improve its readers’ self-understanding.

We have all probably faced cracked phone screens or an appliance such as a dishwasher with a bad motherboard where the repair cost is inexplicably similar to the replacement cost. Perzanowski makes a convincing case through numerous examples of why this incurs unnecessary environmental and personal costs. Think about the flow of lithium from mining to cell phone manufacture exacerbated by the disposal of 1.5 billion phones per year. In the process of producing goods, our economy produces “bads” that could be addressed by lengthening the life of our products through simple repairs and then recovering material inputs for recycling. Manufacturers certainly could design phones with repairable screens, earbuds with replaceable batteries, and appliances that allow homeowners to plug in new motherboards.

One reason why everyday consumer products are so costly to repair is that they are purposely designed that way. Perzanowski provides numerous examples, many of which have, no doubt, already raised the ire of his readers, and others that are so much a part of our throwaway culture that his reminders are necessary prompts to reflection. My blood pressure rises when I think about how difficult it has become to change a headlamp on my car (it involves detaching the front bumper) or that my local repair shop cannot adjust the valves on the same car due to the lack of a proprietary tool. Yet I toss my earbuds with their irreplaceable lithium batteries without the concern that this act deserves.

The newest affront to repair comes from misuse of intellectual property law. These laws – patents, trademarks, copyrights – were designed with the noble ideal of encouraging entrepreneurship by giving firms a term in which the idea they had invested in creating/developing could not be used by others. The purpose was to benefit society by encouraging individual initiative. These laws have now been misappropriated in ways that exclude market entry, reduce individual control over the equipment they purchase, and undermine solidarity and subsidiary.

Fortunately, opposition to the anti-repair trend has fostered community solidarity among a determined few who are successfully promoting repair on DIY websites and in small shops and courtrooms. Peranowski’s promotion of these efforts should inspire others to join them. Whether focused on reforming the power structures of neoliberal society or on fostering ideals of human flourishing, postliberals will find this book helpful.