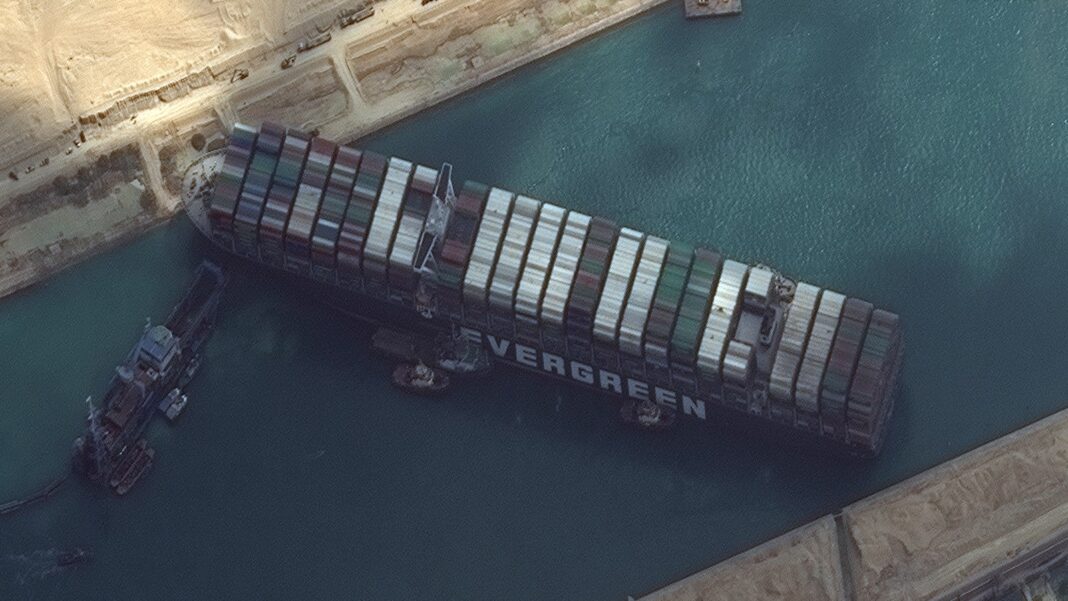 Boise, ID. “Supply chain” is having a moment. A graph of the term’s usage probably looks like the price of Dutch tulip bulbs in 1634. The bubble will eventually burst, but let us embrace the teaching moment while we can.

Ripple effects from the pandemic and poor policy choices mean some shelves are bare and parents are worried whether Santa’s elves (now mostly located in Asia rather than the North Pole) will be able to deliver come Christmas morning. President Biden has emerged with a plan that he hopes will be a “game changer”—keep those West Coast ports open 24/7. The solution highlights the problem. The quest to harvest cheap labor abroad has bound us in supply chains that crisscross the globe.

Walmart long ago abandoned its founder’s 1980s push to “Bring it Home to the U.S.A.” A few years ago I searched the Walmart museum in Bentonville, Arkansas for evidence of this once ubiquitous slogan. The catch phrase had not been completely tossed down the corporate memory hole, but it was close.

Sam Walton’s economic nationalism was sincere but swamped by his competing love of low prices for the masses and market domination for his company. In the forward to his autobiography Made in America, Walton writes, “As I look back though, I realize that ours is a story about the kinds of traditional principles that made America great in the first place.” And this child of the Great Depression did embody many worthwhile values. Yet, on the same page of his book, Walton says, “If I had to single out one element in my life that has made a difference for me, it would be the passion to compete.”

Competing well meant that Walmart “will only buy American if those goods can be produced efficiently enough to offer good value. . . . we don’t believe in subsidizing substandard work or inefficiency.” Walmart would, however, look to factors beyond the per-unit price. Walmart would also assist manufacturers with logistics and contract terms and then give American companies the deal if they were priced within 5% of the imported goods. There was a tug-of-war at play within the Walmart founder, and the company museum, located in the original Walton Five and Dime store at 105 Main Street, today stands as an odd homage to the downtowns that Walmart helped to board up.

There was also a contradiction within our 40th President. Ronald Reagan loved the stability and values of small towns like Dixon, Illinois, where he spent much of his youth. Yet, he embraced free trade with gusto and along with it the forces of what economist Joseph Schumpeter labeled “creative destruction.” The America that Reagan, more than any single person, set in motion has created vast wealth for a creative class of mobile “brain workers” while bringing varying levels of destruction to blue collar mill towns like Dixon.

Those contradictions lie within many of us. I know a writer who likes the idea of a local commerce system which values people and relationships rather than just profits. Nevertheless, his most personal commercial interaction this week consisted of seeing the brown clad back of a UPS driver who had rang his doorbell and immediately walked away. Waiting outside was a product crafted in China by people this writer will never meet. He will not have to hear the stories of exhausted workers toiling on the common “996” schedule (9am to 9pm, six days a week). He will try not to think about the slice of his purchase that goes to an authoritarian regime which replaces pictures of Jesus with pictures of Xi.

Not losing sleep over the current complications in the global supply chain are many Amish. In a typical Amish household, the percentage of household goods and staples that have crossed an ocean is probably in the single digits. There is a good chance that a sizable slice of their possessions has not crossed a county line. These local supply chains may be less efficient by some measures, but they are not subject to bottlenecks at the Port of Long Beach. Plus, to introduce another theme from economics, while global goods bring hidden negative externalities like air pollution and inhumane working conditions, local supply chains often bring positive externalities like conversations and connections beyond the transactional.

Idolizing the Amish is a temptation best avoided. (I still like education systems that extend beyond the sixth grade and cuisines from Thai to Tex-Mex that are unlikely to grace an Amish table.) But those at the fringes of mainstream culture can still help to point us towards a better balance within it.

The American Experience documentary The Amish includes a jocular but jarring scene when a man in black and white addresses a bus of tourists in Lancaster County, Pennsylvania:

I have to tell you a little story. There was a tour bus. Amish man got on and they asked him—what’s the difference between you and us?

He said that’s the difference between you and the Amish. Because we will do it. If it’s bad for the family, we will not have it.

Many of us would raise our hands and agree that our million mile supply chains are things we would be better off without, but these chains come with handcuffs which, if not exactly golden, are at least sterling silver. Externalities are called that for a good reason while the dollars and cents price and the promise of quick delivery is ever before us.

At least, it was ever before us. With the supply chain tangled, we have what may be a brief moment to consider its flaws without being blinded by the glare of its surface efficiencies. Perhaps, we can craft a Christmas experience not dependent on plastic molded an ocean away. As David Cayley, author of a fine introduction to the work of renegade priest Ivan Illich, noted on a recent B.S. podcast, we should beware of an institutionalized Incarnation. The more we farm out our expressions of affection to things and entities designed to do the work for us, the more we miss the point. More gifts rooted in real engagement and fewer dependent upon shipping containers could be one of the benefits the broken supply chain delivers.

Those sorts of plans would be the real “game changer.” President Biden’s push to keep ports open around the clock is just extending the game we have been playing for decades.

Gays Acting Badly in the White House: A Comparative Study

Unsolicited Advice for the Republican Party