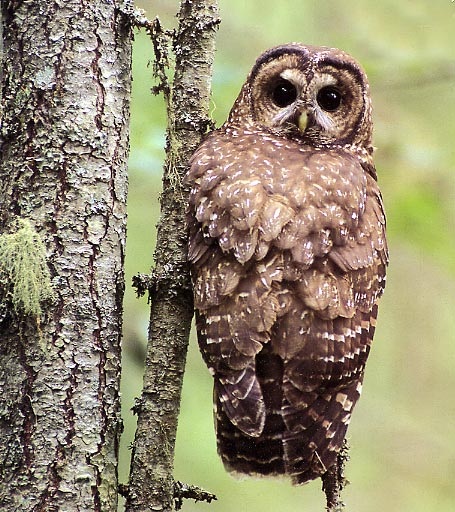 Alexandria, VA. For many years now, “environmentalists” have sought to thwart the extension of forms of commerce and economic development that prove destructive of “eco-systems” or threaten the delicate balance of natural forces that allow certain species to thrive. Denizens of the Right have made it a regular practice to taunt the precious and insipid bleeding hearts of left-wing tree-huggers, people who would accord more value to the largely meaningless and instinct-driven lives of snail-darters and northern spotted owls than legitimate and pressing human needs.

Meanwhile, for many years now, cosmopolitans have sought to liberate humans from the narrow boundaries of unchosen communities, have urged a globalist ethic that regards humans as appropriately citizens of the world and at home nowhere in particular. Seeking the liberation of oppressed individuals from the depradations of local communities, cosmopolitans have sought to commend an ethic of “multiculturalism” often at the expense of culture proper.

We should see clearly that the modern ethic, in all of its forms – philosophic, economic, political, theological, artistic – aims at the elimination of culture. Culture is an eco-system with added presence of human beings. Culture springs up in local places based on local diversities and natural conditions. In a healthy eco-system, cultures are robust and can expect to thrive – like snail-darters or tree-frogs – into the indefinite future. Under threat from external forces, they prove to be fragile and with relative ease are rendered extinct: destroy the eco-system that gives rise to and sustains creatures or cultures, those creatures and cultures are eradicated with remarkable ease and alacrity.

The commendation of “multiculturalism” is everywhere the recommended stance of our time (while this is a position most often visible on the Left, it is also in fact the default position of many on the Right, particularly in their encouragement of “free trade” whose result is a polyglot commercial sphere. Readers should consult the work of Tyler Cowen for the “Right” version of multicultural enthusiasm). Multi-culturalism, we should see clearly, is fundamentally an anti-cultural perspective: all cultures are to be regarded as equally legitimate and admirable, meaning that no particular culture is worthy of anyone’s devotion.  We are all to be fundamentally the same in achieving the perspective of the tolerant and relativist liberal multiculturalist. We are called upon to celebrate an endless parade of diverse holidays, music, clothing styles and food types without the concomitant demands of adopting the formative cultural practices and constraints of which those now-portable practices were not originally intended to be detachable. Today the central task of education – once the very source of cultural transmission – is nothing less than the effort to disconnect young people from whatever cultural inheritance they may actually still have, to encourage the detachment of “multiculturalism” and thereby prepare them for lives of itinerancy and placelessness.

Conservatives have spoken for many years of the necessity of protecting “family values,” but have supported an economic system that everywhere destroys the eco-systems that sustain cultures in which families thrive. Seeking human liberation from (especially) the constraints on “opportunity” resulting from localized and limited economic circumstances, they have commended the disruption of those places in the name of “growth” and “prosperity.”

Liberals have spoken for years of the need for “sustainability” and “environmentalism,” but in their cosmopolitan and globalist guise have largely excluded human cultures in their defense of eco-systems. Seeking human liberation from the narrowness (especially) of sexually-repressive cultural milieus, they have commended the disruption of those places in the name of individual liberation. While they appear devoted to a form of “group identity” that would resemble commitments to particular cultures, those “identities” it turns out are supra- or anti-cultural – identities that exist only at all because they share the claim of victimhood within cultural settings.   Actual commitments of this “multicultural” impulse are to the encouragement of homogenization that will make those particular group “identities” ultimately irrelevant.

Both positions are equally hostile toward nature.  For the Right, nature is the resource base for our productive economy.  The mantra “drill baby drill” is a declaration that whatever exists for use is OURS NOW.  It is our birthright – our wanting of it is enough to justify its taking.  Future generations, it is assumed, if not blessed with plenty, will be blessed with sufficient inventiveness to overcome the scarcity and entropy that we will have voluminously produced.  For the Left, the pleas to leave nature unsullied by human manipulation stops short in the sexual domain.  There, technologies of control are similarly a birthright (pun intended):  constraints on our sexual freedom are tantamount to imprisonment.  Where the Left is deeply sensitive to every disruption of the eco-system of the snail-darter, they willfully deny any connection between our rendering of the sexual sphere into a realm for human liberation and the rise of various “pathologies” – like the sexualization of all culture (especially youth culture), a world of incessant pornography that reduces bodies to use-objects, and the close linkage of the twin instant gratifications of sex and consumerism.   That our destruction of the eco-systems of the snail-darter could have anything to do with our will to power in every domain is inconceivable.

The destruction of cultures embedded in communities necessarily precedes the destruction of the world. Industrial commerce needs to eviscerate these communities in order to convert its inert materials – human or natural – into productive forms of value. The adoption of an ethic of individualist liberation is required to eviscerate such communities in order to displace its requirements of self-restraint, fidelity, limitation and continuity, replacing these instead with conditions of openness that permit constant self-creation and “experiments in living.” Liberals and conservatives alike – so-called – conspire against community in the name of progress. Its defenders are regarded as recidivists, or people on the wrong side of history. Names such as “Luddites,” “provincials,” “townies” or “red-necks” are employed to denigrate any legitimacy of their claims. Instances of limitations or repression of individual satisfactions are given wide play, while the associated costs of dissolution, deracination, placelessness, abuse of the environment, destruction of memory, annihilation of culture are perhaps bemoaned at some later point in time – when those same destroyers seek to erect a museum to the memory of eviscerated cultures or a habitat (or “reservation”) for displaced species or tribes. Associated costs of those prior actions are all viewed as separate and unrelated phenomena – most often to be dealt with by means of expanded government programs – rather than a direct consequence of our self-congratulatory acts of individualist liberation.

If, however, we begin to understand local culture as a form of eco-system, those on the Left may begin to consider local culture – for all of its limitations on our expressive individualism – to be as worthy of our consideration as the fate of the snail-darter. If we can begin to understand that local culture is the fertile soil of “traditional family values” – for all its limitations upon our economic “opportunity” – those on the Right may begin to acknowledge its rightful place in how we assess “prosperity” and how we evaluate a good economy.

What needs fundamental reassessment is the idea that the current Left and Right represent true alternatives on our political stage today. There are legitimate differences, to be sure, but it turns out that what makes them more similar undermines their points of legitimate difference. Asking us to choose between “the environment” or “family values” (for instance) while simultaneously demanding that we sign on to a more fundamental agenda that makes either – or both – of those commitments finally untenable is either the most brilliantly contrived political conspiracy of all time, or simply a reflection of yet unquestioned commitments to a modern agenda that will ultimately destroy the natural and cultural pre-conditions of its own success.

Do You Have to be Old to be Conservative?