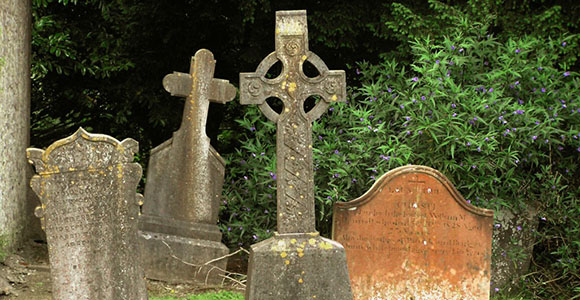 Alexandria, VA It has become a commonplace to observe that the thought of John Maynard Keynes is back in fashion. Keynes argued strenuously on behalf of government spending – including deficit spending – as the essential avenue toward the end of “stimulating” an economy in recession in order to set it back on a path of growth. He rejected objections that this approach might saddle future generations with the irresponsibility of the current generation, much less that there might be inherent limits to a growth economy at all. Famously, he opposed the idea that “the long run” ought to bear much significance in considerations of current economic policy, stating: “But this long run is a misleading guide to current affairs. In the long run we are all dead.”

Doubtless there is some modicum of truth to this position – but only if we credit astrophysical evidence that eventually all forms of concentrated energy in the universe will dissipate, leaving someday a cold, dark, sterile and dead universe. In the very long run, we, the human race, are indeed all dead. Perhaps for some, the prospect of inevitable planetary annihilation when the sun begins to expand some 4 billion years from now, if not the eventuality of the relentless dissipation of all energy in the universe dictated by the second law of thermodynamics, suggests that we ought to live recklessly and irresponsibly in the present. Others who might give Keynes’s retort a modicum of reflection ought rightly to observe its utter falsity, if not perniciousness: in the short run we are individually all dead, but in the long run – it might be hoped – generations will follow us. As far as human beings are concerned, in our long run we properly hope that we – by which we might mean our children and theirs and theirs, and so on – are very much alive.

If Keynes is a preeminent proponent of short-term thinking on behalf of current prosperity, then we have ALL been Keynsians for an exceedingly long time. Indeed, this condition is one that is likely endemic to modern democracy, if Tocqueville is to be believed. One of modern democracy’s severest challenges is to preserve some capacity to think in temporally expansive terms – to think beyond the present. It is the nature of democracy to narrow our sense of time to a narrow band, to forget the past and neglect the future. Ways of life must be encouraged to preserve a more expansive sense of temporality – namely, widespread engagement in local civic affairs in which we are called upon as a matter of habit and ongoing practice to consider the generational implications of our actions; and, secondly, robust religious belief that directs our eyes above and beyond our current affairs and calls to mind our debts to the past and our obligations to people who have passed from this life, those with whom we share our short lifespans, and those who are not yet born.

The presence of the future depends on the presence of the past. If we think of time at all, we might be tempted to think of the past and future as opposites of a kind, one the accumulation of time past, the other time not yet realized. Yet, considered from the perspective of most creatures, the past and future are practicably the same – neither exists. Both are generally irrelevant to most living creatures which live constantly and necessarily in the present, generally guided by instinct that dictates actions without reflection or choice. Temporality beyond the present is irrelevant – they are no less likely to celebrate a birthday than to fear their own death.

In this regard, human beings are unique (yes, some will point out extraordinary features of chimps or dolphins and so on, but there are no chimp libraries and no dolphin investment funds). We are unique because we have the capacity to remember and to anticipate. Indeed, these two phenomena are fundamentally connected: without some capacity to recall the past, we would have no basis to consider likely events in the future; without our concern for the future, we might have little impetus to strive to remember. Neither the past nor the future are “present” in both senses: only the immediate moment is “real,” constantly passing out of existence and entering a future that moments ago did not yet exist. Yet for human beings – particularly inasmuch as we are creatures defined by culture, that is, the collected remembrance and inheritance of past generations as embodied in our daily practices – the past and the future are actually present for us. At the most basic level, the past is present in memory, and in all the ways that we seek to preserve memory: story, books, monuments, gravestones, libraries, the built environment, and so on. And the future is equally present to us, if less fully known, at least in the form of hopes, dreams, fears, anticipation, promises, plans, imagination. It is present in such basic features of human life as marriage, when we promise to remain with someone whom we love at least in the present, anticipating especially that in marriage our love and commitment will extend, and – we hope – we will propagate our species and our culture into the future. The past and future are profoundly present in our churches, the places we both remember and promise, where we recollect and where we hope (every human death properly commemorated combines the simultaneous presence of all aspects of time, past, present and future). Human culture is the remarkable achievement of the prolongation of our temporal horizon: in this capacity to make present those parts of time that are no longer or are not yet here, ours is a unique achievement among the creatures. Perhaps above all for this reason was Man given dominion over nature’s creatures – not because we were supposed to use such dominion to sate current appetite, but precisely because we had been given the unique capacity to learn from, and thus anticipate, the costs and benefits of our actions. Ours was a grant of stewardship, not rapine or devastation.

Tocqueville understood that the move from an aristocratic age to a democratic age was distinguished perhaps above all by the narrowing of our temporal dimension. One of the central features of modern democracy is restlessness, its most visible manifestation being our mobility. Our capacity to move in and out of roles and positions one of the deepest sources of the greater openness and opportunity of democracy: democracy is exceedingly good at sorting people out according to ability and merit of a certain type, the vaunted “equality of opportunity” that is the aim of our political mainstream. Yet, this very source of opportunity is also at the core of the rise of individualism; seeing ourselves as the sole creators of our own fates and opportunities, we have less ability to perceive the deepest wellsprings of our obligations, particularly those that are inter-generational.

Put in economic terms, we are fiercely defensive against efforts of others among our own generation to either constrain our opportunities or to “externalize” their costs upon us. At the same time, modern capitalist democracies are exceedingly good at “externalizing” costs on future generations, those yet-unborn who are defenseless against our efforts to increase current opportunity and prosperity. Our unquestioned belief that the world’s resources are the raw materials of our prosperity is a peculiar condition induced by the very narrowing of our temporal horizon which Tocqueville predicted would be a hallmark of modern democracy. Our simultaneous consumption of the world’s goods – including our insatiable thirst for its limited supplies of potable water, our limitless craving for non-renewable quantities of fossil fuel, and our foolish destruction of precious topsoil – along with our production of copious amount of waste, pollution and limitless belief in our own entitlement, is the result of systemic and societal-wide narrowing of our temporal horizon.

Our common response to these deprivations and curses that we foist on future generations is that “the market” will handle each problem we might create for it. Of course, when “the market” is invoked in this way, what is commonly meant is that necessity will produce a suitable replacement for whatever we have exhausted, or a solution for whatever problem we leave for our descendants. Our current experience of evaporating wealth should instruct us, however, that “the market” can be as expected to treat irresponsibility and unrestrained appetite with unforgiving harshness. The assumption that the future will take care of itself – and thus that we can live irresponsibly in the present – has its deepest sources in our ignorance of the past and our neglect toward the future. It derives from our pervasive and myopic presentism, a curious condition for any human civilization worthy of the name. Even those who currently lament the enormous deficit that we may be bequeathing future generations nevertheless believe that the route to happiness lies in a return to our recent purported prosperity – a prosperity that future generations are likely to call “theft” – defined above all by unlimited consumption and limitless production of waste. Our obtuseness might stand to be corrected with a widening aperture on the full dimension of time. It is a lesson that runs against the grain of our time – a time that poorly understands time – but the essential and ultimately inescapable necessity of our age.

The Cincinnatus of Thrift