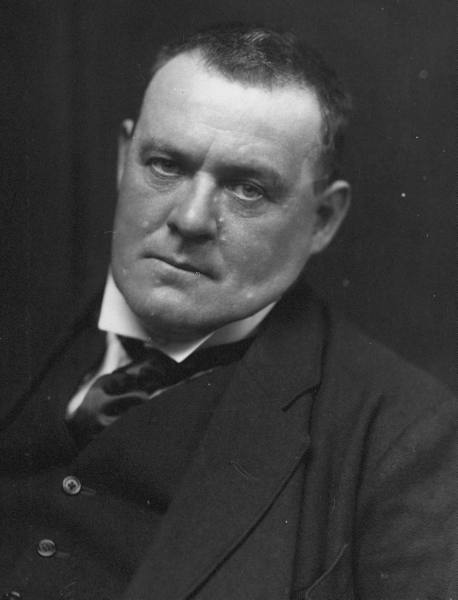 WASHINGTON The Obama administration is considering asking Congress to give the Treasury secretary unprecedented powers to initiate the seizure of non-bank financial companies, such as large insurers, investment firms and hedge funds, whose collapse would damage the broader economy, according to an administration document. Washington Post.com March 24, 2009

RINGOES, NJ. In 1913, before either World War, before the Great Depression, while Woodrow Wilson was President of the United States and the Model T was only five years old, Hilaire Belloc looked forward and anticipated our moment. He argued that what we today call corporate capitalism was fundamentally unstable and would eventually cease to exist.

The instability would be caused by the slow but inexorable concentration of property into fewer and fewer hands. As property became concentrated, power also would become concentrated, and concentrated power is a threat to the state unless, of course, it is co-opted by the state. Furthermore, as property became concentrated, the security of individuals would be threatened. People would find themselves in the precarious situation of living paycheck-to-paycheck. Because they possess no capital, they would not be able to provide for themselves in the way that a small farmer or craftsman could. They would be completely dependent upon their wages, and when economic crisis struck and wages were threatened, the insecurity of their situation would become acute. In such a time, it is not hard to image the people clamoring for a solution, rejoicing over a new kind of leader who promises change, if only he is empowered. Yes we can.

According to Belloc, the most obvious solution to this economic instability, the path of least resistance, is the acquisition by the state of the major economic interests, e.g. collectivization. This is sometimes called socialism, and, according to Belloc, it is the most natural course. But socialism is not benign or even honest, for the collectivization of property under the authority of the state results not in a more just society but one characterized by glaring inequalities and the loss of freedom for most. As Belloc puts it, “in the very act of collectivism, what results is not collectivism at all, but the servitude of the many, and the confirmation in their present privilege of the few; that is, the servile state.”

When the Obama administration considers seeking the authority to seize companies whose failure would threaten the economy as a whole, it becomes clear that Belloc was onto something important. The argument is not hard to see. It’s a matter of national security. If the firms are allowed to fail, the national economy will suffer a serious blow, and the consequences would be felt around the globe. Collectivization begins to look like a moral duty. Add to this the frightened masses demanding security, and the outcome is all but a foregone conclusion.

The unlikely alternative is what Belloc calls the “distributist state.” It is characterized by widely distributed private property so that the general character of the society is shaped by individual property owners. By “property” Belloc means “capital.” That is, property that can be used to make a living. When a critical mass of citizens possesses capital and are therefore economically independent, a stable situation exists. According to Belloc, private property is the only means of achieving security with freedom. Collectivization does, in fact, provide security. The price, though, is freedom.

The choices are stark. The Obama administration likely will continue to seek ways to nationalize the economy unless and until the American people rise up and demand a different direction. Do we even remember this better way? Can we imagine a world of free men and women who own real property and do not look to the state for happiness or economic security? The tide now is pulling hard against freedom. The siren call of government-sponsored security is so very enticing. Will we come to our senses in time?