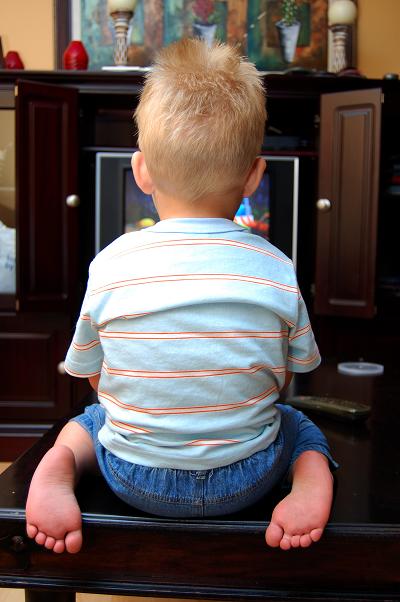 RINGOES, NJ. March Madness is finally over. And for the first time in years, I actively participated in the madness. For most of our married life, my wife and I have shunned television. But we are renting a house in New Jersey for a year. It happened to come with a huge flat screen, high-definition television. I told myself and my sons, “We’re on sabbatical. Let’s watch basketball.” And so we have. It’s been great. I’m going to miss that huge screen. But one thing I’m not going to miss, one thing I had forgotten, was the sheer quantity of commercials. We have watched the same commercials over and over again as we wait patiently for the game to resume. Yes, they are stupid. Yes, they are irritating. But they are also hard to forget. My young sons now know that Bud Light has “drinkability” and other various and sundry tidbits of truth that has been bored into their brains by specialists who are paid big bucks to figure out ways to get us to identify with brands and crave association with them.

In fact, it is no exaggeration to say that ours is an age of advertising. In its benign form advertizing is a means by which sellers can alert buyers to their product. Advertizing has, though, become something far more troubling. We are constantly assaulted with images and pitches geared with scientific precision to convince us that we are not as happy as we could be if we would only purchase this gizmo or that doodad, that beer or that automobile. Advertising is ubiquitous. Television, radio, magazines, newspapers, internet sites, streets and highways, buildings, sports centers, athletes, bowl games, movies, apparel, breakfast cereal, all are turned into modes of persuasion. Want to be like Mike? Buy shoes like his. What to be sexy and get the girl? Drive this car. Feel fat? Buy this diet food. What to be happy? Buy it all. And if you can’t afford it, well, too bad for you and your happiness (or use your credit card).

Especially egregious is the fact that so much of advertizing is aimed at kids. Brand loyalties, if developed early, can last a lifetime. Get ‘em while they’re young and when they are old, they will not depart from it. Given the glitz, glamour, and simple “cool” that oozes from so many commercials, it’s hardly a fair fight. The kids are sucked in and have little idea what is going on.

The objection to any criticism of advertising is one rooted in a philosophy of individualism and freedom, two ideals that are difficult to challenge. “Hey, I have the right to say whatever I want, and advertizing is speech, so I can advertize whenever, wherever and however I want (assuming I’m not too offensive to the prudes among us). And besides, if you don’t like it, don’t look at it.” The argument sticks unless, of course, advertizing, in some contexts, serves to corrode the public spaces upon which I cannot help to look. If advertizing negatively affects society as a whole, then the free speech argument begins to look something like the “it’s my property so I can pollute as much as I want” argument. The problem is with what economists call externalities. If there are negative implications to advertizing that extend to the public in general, then the public has a vested interest in addressing the problem. Of course, in a society saturated by advertizing, the perception that it might be a problem recedes in the haze of undulating desire.

advertizing, in all of its forms and with all of its effects, one of the foremost of which is to encourage the concentration of firms, is one of the most serious problems of our time and should receive the most critical attention of those few who can still afford to speak up without fear of being crushed by the powerful interests dominating this field.

Röpke was concerned that advertizing would gradually insinuate itself into all areas of life, so that things and relationships that once stood outside the ad-man’s purview became subject to his craft. The result is the commercialization of all of life. “The curse of commercialization is that it results in the standards of the market spreading into regions which should remain beyond supply and demand.” But why would advertizing work its way through the social tapestry and thereby homogenize all things under the rubric of commercialism? According to Röpke, the reason is the asymmetries that exist in market economies. Money can be made from advertizing purchasable goods, but there is no money to be made from resisting the advertiser’s shtick. Again, Röpke:

Thousands get hard cash out of advertising, but the unsalable beauty and harmony of a country give to all a sense of well-being which cannot be measured by the market. Yet the non-marketable value, while incomparably higher than the marketable one, is bound to lose unless we come to its assistance and put on its scale enough moral weight to make up for the deficiency of mercantile weight. The market’s asymmetry opens a gap which has to be closed from without, from beyond the market, and it would be sheer suicide on the part of the market economy’s friends to leave to others the cheap triumph of this discovery.

Societies require the moral leadership of men and women of virtue who will recognize asymmetries in the market, such as advertizing, and work with diligence, patience, and fortitude, to balance the asymmetries with resources that transcend the market. Without the efforts of people on behalf of the good and the beautiful, commercialism will consume the very things we once held most dear, or at the very least alter our ability to seem them for what they are.

Now lest my libertarian friends think that I am suggesting a government solution, I am not. Or at least not necessarily. Ultimately, this is a question of culture. It is a question of what we, as citizens, value. It is a question of moral vision and courage. I am willing, though, to entertain the possibility that, especially on the local level, laws can be made to limit the encroachment of advertising. A home-owner’s association may forbid bill-boards, for example. Why couldn’t a town or county do the same? Television is, of course, more difficult, and I have no good answers save one: Now that March Madness is over, the television is off. We will return to our sequestered life without commercial television. A modest, and perhaps futile, stab at the beast, but at least I won’t have to hear my kids talking about drinkability.