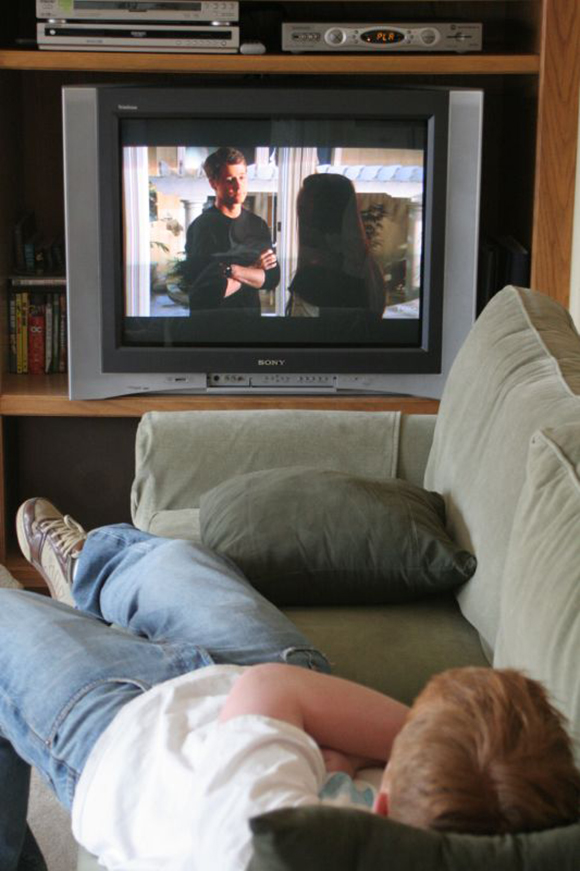 Claremont, CA. We at Front Porch Republic are concerned, broadly, with the role of place in American life. How do Americans think about the places we live and the spaces we inhabit? How might we think better about the where of where we are?

To really take those questions seriously, though, we have to consider the massive and increasing geographic segregation in American life.

This monetary divide entails geographical division as well. Inequality among geographical regions in the United States has risen steadily since the 1980s. It’s not only that the richest people are getting richer; it’s the richest places, too. And even within regions — southern California, say — rich suburbs have become wealthier and other suburbs’ fortunes have declined. “Just as the gap between rich and poor widened at the individual level,” Dreier and company note, “it widened tremendously between suburban places.”

You can see this trend reflected, among other places, in that great bellwether of American life: teen cinema.

Start in the 1980s. Like most of my friends, I grew up sympathizing with Andie Walsh, Molly Ringwald’s character in what was for a long time the standard-bearer of teen cinema: John Hughes’s Pretty in Pink. In that movie, Andie is from the proverbial wrong side of the tracks, bent on captivating Blaine McDonnagh (played adorably by Andrew McCarthy). You remember how this goes: Blaine is rich and therefore popular, always hosting and attending keggers. Andie is not rich and therefore consigned to hanging out with other less-fortunate types. These types do not have parties, and they are never invited to partake of the lifestyles of the rich and popular. Thus, absent a cataclysmic revolution in the high-school order, Andie stands no chance with Blaine. Of course, it is just such a revolution that this film provides. The poor girl and the rich boy end up in each other’s arms at their prom, Andie proudly wearing her hand-sewn dress in a sea of designer labels. We learn in that film, so emblematic of storylines of that era, that classroom politics entail class politics. But in the end, everyone attends the same public school.

More recent teen popular culture has also focused on class, but with an important distinction: They are premised on the notion that rich kids and poor kids do not live in the same school districts, even if they live in the same region.

The hit show of the early 2000s, “The OC,” was in fact premised on the notion that poor kids and rich kids do not grow up in the same place. Ryan is poor and from Chino; the others are rich and from Newport Beach. By accident, Ryan ends up living with a Newport Beach family. Drama ensues, with lots of talk about where Ryan is from, and what that means.

All the show’s talk about where Ryan is “from” trades on the assumption that even a slight variation in geography — town, region, area code — is coeval with a great variation in socioeconomic class. Nobody in Newport is working-class, just as nobody in Chino is wealthy. In other words, Ryan is not just from a different city, but from what seems like a different planet. In just about every “OC” episode, the breathy Newport beauty Marissa Cooper explains her angst-ridden relationship with Ryan by sighing, “We’re just from different worlds.”

In the world of “The OC” a single digit in your area code makes all the difference: A 909 area code signifies that one lives in eastern Los Angeles or southwestern San Bernardino County. The area code for Newport Beach, in affluent Orange County, is 949. On the show, the characters from Newport Beach make much of the fact that Ryan is from “the 909.” Although Ryan’s hometown of Chino is only 40 miles from Newport, it’s literally long distance.

They are not merely different; the show suggests they are mutually exclusive. Many of the show’s most powerful scenes involve these worlds colliding: Chino kids, slack-jawed and uncomprehending, in Newport; Newport kids, tentative and uncomprehending, in Chino. And a recurrent theme is the near-impossibility of a Chino kid “surviving” in Newport, or vice versa. Only a remarkable set of events brings Ryan to Newport (A tough-but-caring public defender sees potential in the young juvenile offender and takes him home to his mansion on the sea) and the only adult characters who weren’t born into money married into it (the deceitful, gold digging Julie gets knocked up to get in, and once in she keeps marrying up). But nobody earns their way into Newport. This city, where no manual laborers need apply for residence, is a far cry from the small-town, apple-pie-bound streets of Pretty in Pink. “The OC” is both much leaner and much meaner.

In other words, as “The OC” (and other recent teen fare such as Bring It On, Gossip Girl, or Save the Last Dance) reflects, Americans are increasingly likely to live class-bound lives, in class-bound places.

This fact should strike fear into all of us committed to the idea of democratic government. For economic segregation strikes at the heart of the democratic project, undermining the social foundations on which a healthy citizenry depends.

Tocqueville understood this well. “All classes mingle together because they live so close together,” he observed. That intermingling, wrote Tocqueville, meant that no American considered himself a fundamental stranger to any other; poorer and richer people engaged each other every day. In communities where many classes lived and worked together, everyone could see their interdependence, the ways — immediate and long-term — in which their lives were linked. Thus, Tocqueville argued, Americans developed the sympathetic and interactive habits of mind necessary to sustain democratic rule.

Given that a certain amount of economic stratification is inevitable in a democracy, Tocqueville saw how the daily interaction among different classes does more than just mute class resentment. It points everyone, wealthy and not-so-wealthy, toward the idea that our different material standings are less important than our shared citizenship. Rich or poor, we all vote at the same polling stations — and we all end up at the same prom.

When that interaction wanes — when the rich and poor do not intermingle within the same community — the overriding relevance of citizenship as a category that defines who we are begins to crumble, and people in different classes stop seeing themselves as sharing things in common or having a common destiny. The overtones of this phenomenon in American political life are already evident. The oft-discussed red-blue divide may best be understood as a divide between those Americans who live in places closest to the centers of power and wealth (which stand to get only more powerful and wealthy) and those Americans who live in places far from centers of power and wealth (where weakness and insecurity are felt more intensely).

At some points, the writers of “The OC” almost seemed to lament this problem — and their characters’ economic parochialism. During the show’s third season, for instance, they inserted some middle-class people into the Newport Scene by sending Marissa to public school. (This happened, for those of you keeping track, because Marissa had been expelled from Harbor for shooting Ryan’s brother, Trey. Trey deserved shooting because had attempted to rape Marissa and was threatening to kill Ryan. Need I mention that Trey was from Chino, and didn’t make it in Newport?)

Marissa settles into public-school life, even getting flirty with a surfer named Johnny Harper. But just when you think that Marissa is about to embrace middle-class existence, the Harbor kids come together and convince the board to reinstate their prodigal daughter. Then, as the FOX website tells it, “a very happy Marissa joins the gang” for the Harbor class picture, and we know she is where she truly belongs.

The show’s not-so-implicit support for class segregation culminates at the end of Season Three, when Marissa is killed in a car accident caused by the drunk-driving of one Kevin Volchok.

Now, in the episodes prior to the fatal car accident, Volchok’s favorite pastime, besides drinking, is extorting and stealing money from the Newpsies. Needless to say, he is not a native. Marissa had been briefly involved with Volchok — “going slumming,” as a number of “The OC” fan sites put it. And Volchok had in fact been Marissa’s date to the Harbor prom. But rather than melting in her arms there a la a 1980s John Hughes movie, Volchok steals all the post-prom party money, drinks a flask’s worth of booze, and makes out with another girl.

With that storyline in the background, it’s hard not to watch Marissa’s death throes without thinking: Marissa never should have gotten involved with that Volchok. You knew he didn’t belong.

Maybe this is all you need to know: Throughout the run of “The OC,” no cross-class teenage romance survived.

W.E.B. Du Bois got it right when he predicted that the central problem for America, and American democracy, in the twentieth century would be the problem of the color line. What the recent turn in teen cinema indicates to us is that the central problem for twenty-first century American democracy is going to be the problem of the class line – and how those increasingly match municipal lines.

Still, as Walter Benn Michaels has recently and convincingly argued in “The Trouble With Diversity,” we have yet to recognize that fact. Americans are still self-congratulating about the battles of the last 100 years, he argues, celebrating our “diversity” while ignoring our inequality. We’re invested in the appearance of justice, rather than in the fact of injustice.

Twenty-something years ago, when Molly Ringwald donned her homemade dress, Newport Beach and Chino shared at least one thing that they no longer have in common: the area code 714. But now, as then, democratic citizenship depends on the notion of a common life, and on the kinds of connections that you cannot make long-distance.