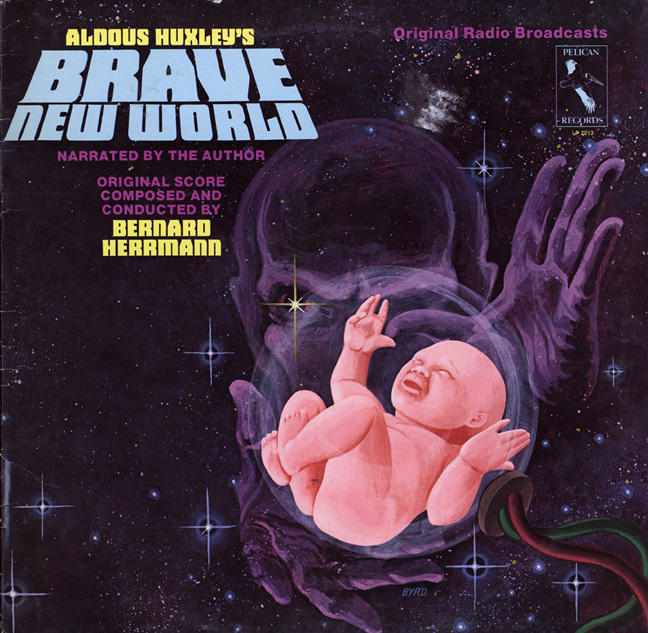 Many who are alarmed at the prospect of the “abolition of man” have found in Huxley’s Brave New World a dark and salutary warning – an imaginative rendering of our post-human future that, as that future continues to arrive, looks ever less like prophecy and more like rapportage. We Americans (and especially those of us who first read Brave New World in the context of Cold War politics) are immediately struck by the totalitarian character of the society Huxley depicts. Under the complete dominion of the central planning of life, from in vitro fertilization to cremation (and reclamation of valuable bodily chemicals), there is a total absence of free thought, personal development, choice and civil liberty that disgusts us. While central economic planning and time-management shape the goals and rhythms of social life, the means by which technocratic control pervades every intimate aspect of life is socialized medicine.

The extremities to which Huxley pushes his portrayal make it rather easy, at least in these respects, to congratulate ourselves on living in what is still the land of liberty. But if we crop out the central planning from Huxley’s portrait (and set aside the question of how far we actually are from it), I think we can only be struck by how effectively our own society has taken on many of the same features by means of freer institutions. After all, though characters in the novel are named after Marx and Lenin, the revered figure of its civil religion is the democratizing industrial capitalist Henry Ford, the man who did more than any other to liberate Americans from the confinements of place.

Here is an example that goes to the heart of the matter. In the second chapter, the Director of Hatcheries and Conditioning explains to a new crop of technicians why children are conditioned to hate flowers.

If the children were made to scream at the sight of a rose, that was on grounds of high economic policy. Not so very long ago [they] had been conditioned to like flowers—flowers in particular and wild nature in general. The idea was to make them want to be going out into the country at every available opportunity, and to compel them to consume transport.

“And didn’t they consume transport?” asked the student.

Americans, to be sure, are free to enjoy the gratuitous loveliness of the natural world. But the conditioning we receive from our media and pervasive advertising, and from our built and paved and wired environments, effectively discourage it. And although businesses like REI do a brisk trade in tents and sleeping bags, which allow you to spend time surrounded by the restorative beauty of the great outdoors, the majority of floor space in the store is taken up by the elaborate gear and gadgets required by those who want to move through the outdoors at high speed, on wheels or water.

The alienation from the natural world in Huxley’s dystopia is carefully engineered to distract its denizens from the cosmic realities of beauty, mystery and infinity as well as from the bodily realities of fecundity and mortality. At the end of the workday, released into the open air atop the Hatchery building, the deviant Bernard Marx scans the azure sky and wide horizon, remarking to Lenina Crowne, “Isn’t it beautiful!” Lenina: “Simply perfect for Obstacle Golf!” That evening Lenina and her hookup Henry Foster walk, shielded from the “depressing stars” by video billboards projected onto the sky, to a dance hall in which the effects of sunrise and blue sky are artificially produced and coordinated with the music. Afterward they wend their way, in “happy ignorance of the night,” off to their rigorously scheduled tryst, kept docilely in the track of routine by the mood-stabilizing drugs that maintain “a quite impenetrable wall between the actual universe and their minds.”

One of the most alarming and disgusting sights Lenina sees when she goes with Bernard to the Indian reservation is a woman nursing her baby. Nursing flies in the face of the ingrained notion that “Civilization is Sterilization,” and encourages all the particular attachment and emotional intensity that might threaten to ruffle the smooth surface of this harmonious and productive society. And besides, it is just too inconvenient in a world where everyone is so busy on behalf of everyone else, producing goods for them to consume and providing them with sexual gratification.

These are a few of the many details by which Huxley depicts what, elsewhere on this site (by myself and Jason Peters), has been described as the Gnostic character of modern life: a deliberate alienation from the created world and from the humanizing drama of bodily life within that world’s order. Perhaps we can give the name “Neo-Gnosticism” to this modern rejection of the goodness of creation, which is expressed in the effort to remake the world as a thoroughly artificial environment, the hermetic home of human distraction.

The character who rebels against this constricted horizon is John the Savage, accidentally live-born to a “civilized” tourist who gets lost while visiting the reservation. John champions the Truth and Beauty that have been sacrificed to controlled contentment. One of the high points of the novel is John’s conversation with European World Controller Mustapha Mond. We have earlier seen Mond engaged in censorship of some brilliant scientific research on the grounds that it might lead to the notion that happiness consists not in contentment, but in

some intensification and refining of consciousness, some enlargement of knowledge. Which was, the Controller reflected, quite possibly true. But not, in the present circumstance, admissible.

It is just such a notion of happiness that John defends against the degradation of human existence to wretched contentment and physical well-being. John has learned from the Indians amongst whom he was raised that belief in God is a cornerstone to a more elevated existence:

But industrial civilization is only possible when there’s no self-denial. Self-indulgence up to the very limits imposed by hygiene and economics. Otherwise the wheels stop turning…. You can’t have a lasting civilization without plenty of pleasant vices.

This is the opposition in the novel: On one side, the project of orderly and comfortable communal self-preservation, premised upon economic productivity and the elimination of passionate attachments; on the other, the intense feeling of one’s existence that comes with self-restraint, self-denial, and self-reliance – including the intensification of love through the practice of chastity.

In the end, however, John’s position (and Huxley’s) remains another form of Gnosticism, one more directly descended from the ancient version. This lineage is traced in Denis de Rougemont’s brilliant study, Love in the Western World. The core of Rougemont’s argument is that the medieval Cathars are the connecting link between the old Gnosticism and the courtly love poetry that becomes one of the principal currents of modern European literature concerning love. The courtly celebration of chastity, Rougemont notes, is directed not toward cultivating a social virtue that prepares for the goods of marriage and family life, but rather toward the intensification of the individual passion of the lovers, and toward their tragic immolation in that passion. Such chastity serves not life, but death. It carries forward the Gnostic repudiation of childbearing (which is the social dimension of rejecting the goodness of creation), and builds this repudiation into a spirituality of love that is ultimately nihilistic.

Huxley’s own Gnostic tendencies will be clear to anyone who reads his florilegium The Perennial Philosophy, a thematically organized collection of extracts from mystical and wisdom traditions. Where the wonders of the natural world enter into this collection, they serve as symbolic means to elevate the spirit beyond the world. As Jason Peters has eloquently observed, this one-sided elevation into the transcendent, neglecting the unity of finite and infinite that gets crystallized in the Incarnation, is one of the hallmarks of Gnosticism. (And if you want to learn about Huxley’s discovery of the shortcut to intensified consciousness through dropping acid, read The Doors of Perception.)

Huxley’s portrayal of this Paleo-Gnostic response to Neo-Gnosticism underscores the unifying principle of the two, which is the rejection of the goodness of the created order. John the Savage defends the elevating power of the True and the Beautiful, but has little to say about the grounding and vivifying potency of love of the Good. This Paleo-Gnosticism is often at the heart of visions that pass for conservative (for example, those of Peter Viereck and Allan Bloom), because they share the Nietzschean contempt for the contentment and mendacity of the “Last Man.”

Moreover, as the final gambit of John the Savage suggests (when he goes off to live alone and grow his crops), such revulsion can even motivate the glorification of agrarian self-sufficiency. John’s agrarian project involves no concrete embodiment of the natural goods of community and animal husbandry (and indeed the novel notably lacks any significant presence of animal life). This reactionary agrarianism in the void can (symbolically speaking) only end as it does, in suicide. The good cannot be real to us as a mere ideal, counterpoised against what is contemptible. It can only be real in its concrete embodiments in the lives for which we bear ongoing responsibilities and which elicit our love and cherishing. In the absence of such cherishing, we are left with the varieties of Gnosticism, whose other name is Nihilism.