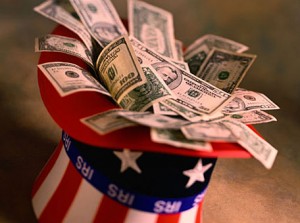 Blairsville, GA. The corporation is a central part of our economy. In fact, some have argued that our economic system is accurately identified as corporate capitalism, for the values and prejudices of the corporate system cast their shadows over the entire structure. If this is the case, is there reason for concern? Could our current troubles be rooted in the inherent weaknesses of corporate capitalism? Although it approaches heresy to touch on this question, it might be worthwhile to consider one aspect of this issue.

The very structure of the corporation reduces the opportunity as well as the inclination for the exercise of virtue. I am not suggesting that virtue is intrinsically incompatible with a corporation, but that they are not natural allies and perhaps they are even in tension with one another. Milton Friedman asserts that “there is one and only one social responsibility of business–to use its resources and engage in activities designed to increase its profits so long as it stays within the rules of the game, which is to say, engages in open and free competition without deception or fraud.” In other words, business (and Friedman is here speaking primarily of corporations) should be judged exclusively according to economic criteria. That is, heads of corporations should seek to maximize profits while avoiding deception and fraud. But while truth-telling is an important virtue, it is by no means the only one. Furthermore, in classical virtue theory, it was argued that one virtue could not exist without the others. They, in an important sense, depend on each other. In this light, one is left to wonder if insisting only upon honesty is sufficient. This becomes a serious question when the “do not engage in deception and fraud” limitation is juxtaposed with the imperative to “maximize your profits.” The former is somewhat squishy, for there are shades of truth-telling and, as we all know, it doesn’t take much work to rationalize the withholding of information or to emphasize one fact in a way that falsely colors the whole. On the other hand, the maximization of profits is indisputable. It is the “bottom line.” It can be quantified, and given the economist’s prejudice in favor of quantifiable facts, maximizing profits will naturally get the primary attention.

Joseph Schumpeter argued that a corporation could be conceived according to three categories of participants. A corporation is owned by share-holders who hire 1) executives to run the corporation. The share-holders can be divided into 2) the large share-holders and 3) the small share-holders. The large share-holders call the shots. They hire and fire the top executives who answer to the share-holders. The small share-holders—today often these shares are held as part of a mutual fund—have very little power to influence the direction of the corporation. With this dynamic in place consider how the exercise of virtue will compete against the imperative to maximize profits. The executive will presumably lose his job if he fails to maximize profits (or doesn’t secure a government bailout). He will, of course, lose his job if he is convicted of a crime, including deception or fraud. But there is a significant gap between outright crime and moral failure, and consistently ringing up a profit can cover a multitude of sins. In other words, there appears to be what Wilhelm Röpke terms an asymmetry in this relationship, and virtue is on the light side of the scale when weighed against profit.

Consider now the small share-holder. A person might, having prudently diversified his portfolio, hold a small amount of shares in a wide variety of corporations. This investor, like all investors, is interested in realizing a profit through share appreciation and/or regular dividends. He is, though, removed from the operations of the corporation. He may receive an annual report and have the opportunity to vote in the election of officers, but the bottom line in the report is his main focus, and his information is generally inadequate to vote wisely. The very scale and remoteness of the enterprise makes careful monitoring difficult. Of course, someone might argue that if this person was really concerned about virtue, he could investigate the behavior of the corporation as well as the background of each of its officers. True. But doing this for a portfolio of investments would be laborious and few are willing to make such an effort. And even if such an endeavor is conceivable, the point is that the structure of the corporation makes it far easier for all involved to focus on profits rather than virtue. The same dynamic is even more pronounced when corporate shares are owned as part of a mutual fund. The investor is one more step removed from the corporation and the quantifiable bottom line of the mutual fund itself—this time abstracted from the individual stocks—is the natural focus. The moral asymmetries are obvious.

Because of the scale and remoteness associated with the modern corporation, virtue is disadvantaged (which is not to say it is impossible or absent). Because of abuse, which is to say the un-virtuous actions of some, the natural response of the public and therefore their elected representatives is to attempt to regulate corporations. Because of the asymmetry between profits and virtue, a regulatory bureaucracy is erected to make up the difference. Regulations become a substitute for virtue. Of course, as regulations increasingly pressure corporate executives, they will naturally find themselves focusing on the bureaucratic minutia of the regulations rather than on the self-imposed moral probity that virtue requires. Regulations, then, can have the unintended effect of distracting from the cultivation and practice of virtue.

But consider what has occurred. Corporations can and do hire lawyers to lobby the federal and state governments on behalf of the corporations that employ them. The voices of those businesses that can afford to retain full-time lobbyists will obviously be heard above the voices of the small farmer in Pennsylvania or the owner of the independent hardware store in Kansas. The result, not surprisingly, is that the bulk of regulations favor the large concern over the small. Even those regulations that appear benign can produce onerous barriers to the small business. If for instance, in the interest of clean meat, USDA regulations require butchering facilities the description of which is well-suited to the corporate meat producer but impossibly expensive for the small rancher, then the small rancher is disadvantaged. Of course, one could say that such regulations are all in the name of public safety. But if a small rancher wants to butcher a handful of steers in his garage or basement and if his neighbors who trust him (know he is a man of virtue) want to buy the meat from him, why should the USDA get in the way? In one instance we have regulations attempting to substitute for virtue (and disadvantaging some) while in the other we have legitimate virtue operating between neighbors. Which alternative serves to create a healthier society?

The regulatory bureaucracy, while ostensibly intended for the protection of the public from corporate abuse, works hand-in-hand with the very organizations they are tasked with policing. They need each other to be what they are. All this can be accomplished under the cover of “public safety.” The need for security (provided by the government) can justify the massive regulatory bureaucracy. The consciences of the regulators can remain clean, for after all, they are serving the public. And if the corporate lobbyists have done their jobs, the regulations will provide the corporations with regulations well-suited to the scale on which they operate and, as a result, the small concern will find itself disadvantaged and less able to compete. Here we come to a surprising possibility. Could it be that many of our economic problems are not the result of insufficient regulations, as many argue, but instead the result of a regulatory structure that creates an unlevel playing field and thereby makes it easier for the large corporation and more difficult for the small concern? Could the internal dynamics of the corporation, itself, lead to this outcome? The implications are, I admit, far-reaching, but at the very least, we should be honest enough to admit that, along with an unprecedented explosion of consumer goods and services, corporate capitalism has nourished powerful forces that may not contribute to the long term health of our society.