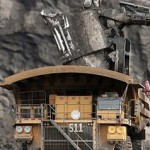 Cold Spring, NY–It’s getting worse and worse, and the wizards don’t have a clue. They don’t even know the economy is broken-and can’t be fixed. That’s why they keep doing more of the same with the same old solutions and same old people.

I don’t mean we have to scrap the capitalist system entirely, but we do have to reign it in. We have to fit it in to the limits of the real world. We have to understand that economics is a subsystem of the overall ecosystem. We have to realize that continuing to base it on the concepts of growth and consumption–and encouraging, “stimulating,” more of that–will lead to the collapse not only of the global economy but probably the industrial civilization it serves.

Isn’t it obvious that the Keynesian idea of growth at all costs, particularly growth fostered by large governments that can print money, has failed? Isn’t it clear that we can’t keep on throwing money at this failed economy and that something quite different is needed? The U.S. economy has been devoted exclusively to the idea of perpetual growth since the end of World War II, and it has allowed any number of evils-environmental destruction, greenhouse gases, pollution, resource depletion, military expansion, government inefficiency and corruption, corporate political domination, unregulated financial institutions, immense inequality, a perpetual underclass, the decay of public education, and that’s just for starters-in its pursuit. Isn’t it obvious that it doesn’t work and that the current Great Recession is the proof of that?

Let us posit that the three greatest perils we face are resource depletion (particularly oil, but don’t forget fish and fresh water, for example), global warming and the alteration of habitats and species, and an excessive human impact on the planet at all levels. They are all the result of unchecked economic growth, and on a planetary scale. If we continue business as usual we will surely meet up with their disastrous consequences.

The alternative? Nothing complicated: a non-growth ecnonomy. A human-scale economy. A steady-state economy.

The idea of a steady-state economy was spelled out by John Stuart Mill in the middle of the 19th century, and has been taken up and amplified by a whole host of thinkers in recent times, including Herman Daly, Kenneth Boulding, Nicholas Georgescu-Roegen, Leopold Kohr, Hazel Henderson, Howard Odum-oh, and myself (Human Scale, 1980). There is today an organization called the Center for the Advancement of a Steady-State Economy, and in the UK a Sustainable Development Commission has recently issued a report called “Prosperity Without Growth.”

But what steady-state scholars have traditionally failed to emphasize, and what I have always held to be crucial, is scale. They have tended to picture such an economy, naturally but erroneously, on the scale of the nation-state, without realizing that it is the size and nature of the state in the first place that tends to foster growth and would be hard-pressed to do otherwise.

A true steady-state economy can operate only at a scale where the people involved understand they are living within, and dependent upon, a finite ecosystem, and make their economic decisions in the mutual self-interest of humans and fellow creatures in that system. The limits and possibilities of the bioregion they live in will constrain all economic activity, which would be primarily to ensure the continued existence of the bioregion at a harmonious and productive level and would preclude destruction or pollution of the sources of economic life.

And ultimately it would depend on community. That is, the level of a few thousand people-maybe five thousand or ten, maybe as many as twenty or thirty-who are able to deliberate and decide how their economy best fits into their ecosystem. They would grow their own food, make their own necessities, generate their own energy, create their own culture, to the maximum extent of human well-being and pleasure within the constraints of the other systems and species they live with.

That would be the kind of economy that this nation ought to be thinking about and working toward-not more, and more, of the same. Because if we don’t start doing that now, and in a serious and dedicated way, we’re going to have to start doing it when this current economy collapses-as surely it will if it goes on printing money to sustain a flawed and failing growth economy.

I don’t really think that the present political system will really come to its senses in time and turn the country in the direction I have suggested. It’s just that I can’t see how it can go on doing what it is doing without understanding that it is ultimately destroying the very world it lives in. And that I see this crisis as so blatant an indictment of corporate globalism that I feel it ought, as any good crisis does, to give us the opportunity for true and meaningful change.