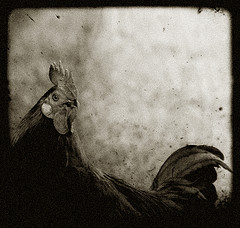 New Castle, Kentucky.  “Simplify, simplify,” said Henry David Thoreau in one of his more peaceable moments, and I repeat it through gritted teeth as I watch the layered complexity that is Mr. Obama’s solution for all the many crises he has inherited.  We want to think that added regulation means added controls and safety.  We want to think perfect security is possible—that fraud can be legislated out of Wall Street, thus protecting our 401Ks, and that mad cow disease can be controlled by radio tagging every American bovine, thus protecting our summer cookouts.

Life doesn’t come with guarantees, though, and in this Great Game we play the presiding rule is often the Law of (Officially) Unintended Consequences.  It is not just that many regulations eat up time and resources that could usefully be spent elsewhere.  Too often, regulations not only fail to protect us but actively work to imperil us, by centralizing responsibility, giving those in power some plausible cover for wrongdoing, and giving those without the illusion of safety.  This is as true of some health regulations as it is of anything else.

If we want a truly secure food supply, we need to grow more of what we eat, grow it closer by, and diversify our sources.  This means a country dotted again with human-scale family farms, complete with farmers.  Health regulations almost invariably work against that scale, however, because regulations are generally in favor of bigness and singleness.  Yet as any tobacco farmer battling blue mold will tell you, or any wheat farmer struck by stem rust:  crisis loves a monoculture.

So here I want to talk about health regulations, and with a nod to Kenneth McIntyre, about dead chickens.

When we think about counterproductive legislation we typically point to the federal government, as I did above.  But with food it is often the state health department that prevents farmers from selling directly to customers, or doing the value-added work that will earn them a living wage.

Chickens are a good example of a farm-raised food that could be simply (though messily) farm-slaughtered and sold, if only the state health department would allow it.  The federal government does allow it.  To its credit, the Department of Agriculture has a series of exception regulations that permit small growers legally to sell chicken they raise and slaughter themselves.  But many states do not recognize those exceptions.  Virginia is one state that does, and hence the irrepressible Joel Salatin (of Pastured Poultry Profit$ and now documentary fame) raises, butchers and sells his chicken to his neighbors, who are welcome to come watch the operation and see its cleanliness for themselves.

Because Kentucky does not recognize these exceptions, farmers here have the legal options of 1) trucking their birds to Bowling Green–down in the corner of my long state–to the sole Kentucky plant open to independent flocks of birds, or 2) renting Kentucky State University’s Mobile Processing Unit, a mini-slaughterhouse-on-wheels.  Currently there is one such unit, in Frankfort, and it must be used on a specially designed and expensive-to-build pad, of which statewide there are two.  (Most grocery store chickens are grown on contract and slaughtered in company-dedicated plants that are not open to independent farmers.)

I’ve spoken to my area’s health inspector for processed foods–you couldn’t deal with a nicer man—and naturally he takes the view that what isn’t overseen closely by regulators is by definition riskier to the public.  Yet it is very hard to credit the argument that small-scale family farms, whose income depends on their reputation for not poisoning their customers, are more likely to cut corners or make mistakes than the large, company-owned plants, with their time-pressured production lines, low-paid workers, and distant relations to their consumers. The contaminated chicken, peanut butter, and pet chow recently in the news were all foods processed in highly-regulated facilities.

Part of the problem is our official insistence that we can prevent food contamination if we just have the right systems and enough inspectors.  We can’t.  Where there is humanity there is error, so much so that some of us are convinced we are born into it.  We can limit the occurrences of contamination, and we can limit their scope, and obviously we can do the latter much better by getting our food from many small plants and slaughtering sites rather than a few enormous ones.  Think of how far the recent peanut butter contamination went.  I am safer eating Joel Salatin’s chicken–raw.

I try to see the chicken’s point of view, too.  Field-raised birds slaughtered on the farm suffer just three seconds of astonishment in their own barnyard, after a pretty entertaining eight weeks of living.  That is much better than the long day of fear they have otherwise, being trucked to a strange place, crowded together, and subjected to the noise and smells of a plant.  Even the smaller plants with slower production lines like Bowling Green’s can’t spare them those stresses.  And any factory-raised chicken lives under stress from egg to knife with no relief

To change Kentucky’s health regulations would take a bill in our highly inefficient state legislature, and while there is no bill pending, it could come about.  Lobbying in recent years by Community Farm Alliance and others resulted in a bill that allows farmers to sell farm-canned goods such as salsa and applesauce.  There are limits as to where farmers can sell these products (not grocery stores), they must take a required training course in canning safety, and they must have an inspected kitchen separate from the household kitchen. Still, these somewhat relaxed regulations mean farmers can earn the additional profit of their value-added processed food.

I have friends in Henry County (generally nice former Louisvillians) who say they could never eat one of their own animals.  I understand somewhat.  People will generally come to care for any creature they tend, unless it’s a rogue, and most animals are not.  But my own view is that the most ethically justifiable meals I serve are the foods we’ve raised ourselves.  The last cow of ours we ate breathed his final breath beside his own barn and never knew what hit him.  I’ve eaten that beef (and our neighbors’ beef, lamb and chicken) with a clearer conscience than I’ve eaten any other meats, because I know how these animals lived and died.  I don’t have to wonder.  You should be able to have that knowledge, too.