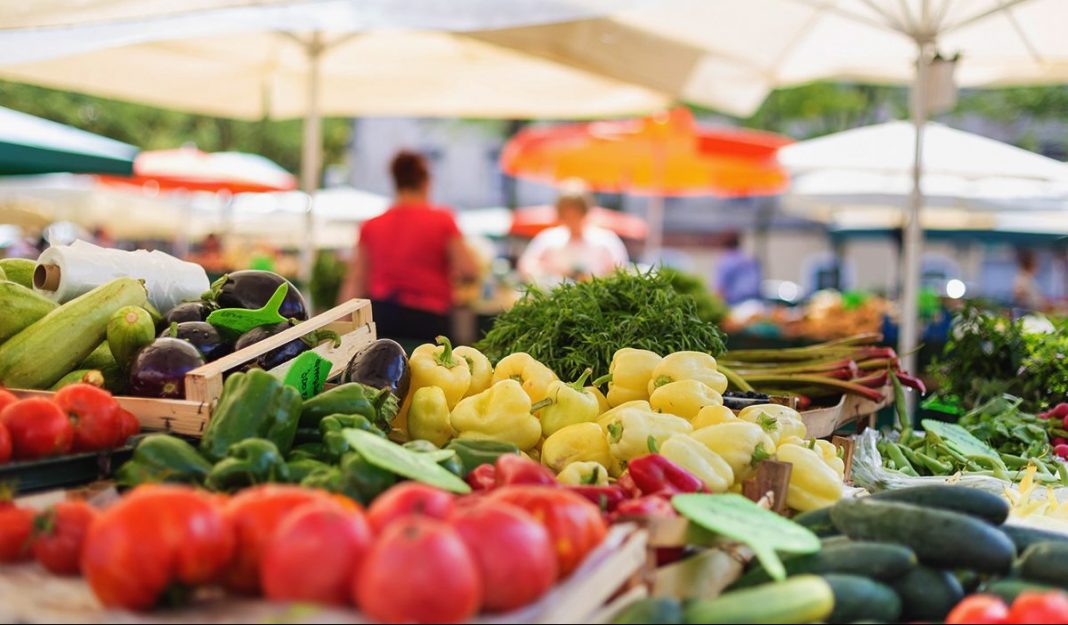 In my first essay here at Front Porch Republic, I wrote about the idea that creation-friendly agriculture is not about going back to old fashioned ways, but is actually quite cutting edge. This is especially the case since what we know about soil is pretty recent knowledge. The comments it spawned were positive, but a theme emerged therein. What can be done to change agriculture at scale?

I admit I’ve done my fair share of scolding industrial agriculture. However, I also believe that the planetary damage caused by this kind of agriculture is as much a product of consumerism as it is the evils of industrial practices. If that’s the case, should more of my energy as an agrarian be directed into consumer education rather than protest of industrial agribusiness? Shouldn’t I put as much effort into telling consumers to stop buying crappy food as in telling farmers to stop tilling the soil and leaving it bare for seven months of the year?

Not long ago, I listened to an older BBC4 podcast that featured British economist Kate Raworth, British environmentalist Paul Kingsnorth, and Wendell Berry. As I digested what they all were saying, my thoughts evolved about three powerful forces: agribusiness companies, farmers, and consumers. Though the primary theme of the conversation was the need for limits, listening to the discussion caused me to see those three powers on a triangular balance of sorts, and I contemplated which of the triad was heavier, so to speak.

Compared to the other two, the power of the farmer is limited at best. Many farmers report they feel powerless to define what food consumers eat or what crops to grow, often describing themselves as trapped by their suppliers, the agribusiness corporations. Yet, when I consider the purchasing consumer and their impact on the food we eat, I see a different force. I believe, in truth, consumers far outweigh the other two influences on food choices.

I’m not denying the power of Bayer or the American Dairy Association—the latter of which is far more powerful than people realize. Associations, such as the ADA, spend hundreds of millions of dollars to position their products to the consumer. Remember the “Got Milk” campaign? There is certainly influence on consumers by these kinds of efforts.

Chemical and seed companies realized just how little influence they have over consumer purchasing, so they focused their efforts through regulation and controlling the governing bodies that provide oversight for agriculture.

Notwithstanding successful public relations campaigns, even the mighty ADA is not as powerful as consumers choosing to buy one thing and not another. Yes, consumers can be influenced. Billions of dollars of advertising revenue are testament to that. Yet farmers, ag companies, and associations cannot force a consumer to spend their income on one kind of food over another.

Here’s an example. The Flavr Savr tomato of 1994 was hailed as a breakthrough and had the FDA blessing to take it to market as the first genetically modified food to be sold in stores in the U.S. It held the promise of better tolerating shipping; it didn’t get squishy by the time it got to produce departments. However, due to many factors, the American consumer simply didn’t find the tasteless tomato worthy of their hard-earned dollars. Even tomato paste made from this tomato for the United Kingdom market quickly fizzled. The consuming public simply chose not to buy, no matter how much agribiz and public relations campaigns tried to influence. The company that developed the tomato eventually sold out to Monsanto as a result of the unrealized potential.

This example of failed food product launches is an indicator, a tell of sorts, that the consumer has the real power. If coalesced into a unified force for whatever reason, the buying American has power far beyond farmers, seed companies, chemical companies, the FDA, the USDA, and associations.

So, what’s the problem? The Western consumer has chosen convenience over quality; ease over nutrition—and we’re paying for it in ever escalating costs of healthcare and a seemingly continual slide into diet-related disease rates that are epidemic in scale.

The explosion of the supermarket following World War II and the increasingly mobile family meant that kitchens and households began to operate differently. The whole frozen-TV-dinner mentality quickly and easily took hold in generations of people who eschewed their parents’ and grandparents’ way of sourcing food and eating seasonally. By the late 1950s, supermarkets were pushing small grocers out of small towns and neighborhoods. Single-parent families or dual-income families meant less time for meal preparation. This contributed to the rise of the mega supermarket. This meant larger suppliers and processors which exacerbated the need for farmers to get big or get out, a common cry coming from the USDA during this era.

The bottom line was Americans, and many of our European peers, changed purchasing habits based on convenience and just assumed the good will of those upstream in the food chain to produce wholesome healthful food. We were duped.

Yet this narrative suggests that we can change the face of agriculture, even at large scale, if the American consumer collectively refused to buy poor-quality food, refused to buy food that was transported more than 250 miles, refused to buy food that was produced without a fair return for the producer, and refused to buy food with transgenic manipulation. I know the economics of the industry would shift if the dollars shifted. When the boom of the farmers’ market exploded in the last 10 years, grocery stores adapted and started selling local produce. Why? Because the choices consumers were making forced grocery chains to make this change.

We have the power, not Bayer, not the USDA, not the American Dairy Association. Those of us who purchase food have the power to define what food we eat, how it’s produced, and its quality. This power rests in our decision regarding where we make our transaction. We only need to wake the sleeping giant.

Pasolini’s Lutheran Letters and Our Times

Technique and Food: Why our Local Food System does not Feed...