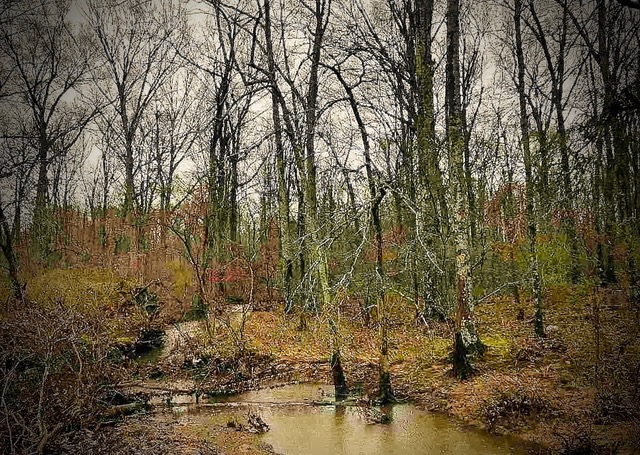 How does language convey so much in so few words? Take for instance the idiom “here’s to mud in your eye!” Often used in a toast to good health and prosperity, the ancient back story may be of Jesus using dirt and spittle to make mud that he put in the eyes of a man born blind from birth (John 9:1-7 ESV). Another time, he led a blind man outside the village of Bethsaida where he put saliva in his eyes (Mark 8:23-26). The man saw imperfectly at first, “men were as trees” in his vision. This was the condition of the disciples—their perception of Christ was only partial. It also symbolized general revelation in which humans catch a glimpse of reality through creation. A second touch from Christ restored the man to full sight—a special revelation akin to the one Peter received in the next verse in which he declared Jesus the Christ. No one had revealed that to him except the Father.

Both instances of healing involved a process. In John, sight began with the question of sin and we find Jesus using the term “work” four times in connection with the “glory” of God. “Having said these things he spit on the ground and made mud with his saliva.” The work is completed when water from the Pool of Siloam washes over the “work” of God. Jesus used the substance of which man is artfully made and of which he is covered, and to which he must return. Mud is opaque and one might make the argument that Jesus caused the man, at least initially, a second blindness when he applied it. It is a familiar pattern: things get worse before they get better.

A year before I married in 1990, conservative historian Paul Johnson wrote, “The most socially subversive institution of our time is the one-parent family,” subversive meaning the most destructive and revolutionary. A few years later, in 1992 the front page of the New York Times addressed the issue raised by the popular TV show Murphy Brown and Vice President Dan Quayle as to the validity of Johnson’s assertion and the “lifestyle choice” of fatherless homes. As the impact of single-parent families began to be quantifiable and scientifically studied, the harmful effects to children became abundantly clear. I was not only a true believer in these facts but an activist traveling the country teaching family reform seminars emphasizing the research.

For one who values objective reason, moral clarity, and personal responsibility, what came next after two children and a dozen years of marriage was devastating, not to mention deeply ironic. Like Oedipus, the thing I declared never to be, became me. Boethius’ Lady Fortune turns her wheel and off you go in a direction unplanned. From the comfort and security of the Shire a sudden turn thrusts you headlong into a dark, strange, and perilous realm. My husband, their father, abandoned me holding the hands of two future men that science, culture, psychology, sociology, and religion say are doomed. Worse still, I was standing in the waist-deep muddy bayou of Cypress Valley, Arkansas.

Doom is a primitive story though, one that began in a garden with a two-parent family, two boys, bodies bent to the earth, and a downward gaze. It was into this organic matter, this material terra that the first family thrust their hands and turned, planted, and pulled the glory of God — for pleni sunt caeli et terra gloria tua — Full are heaven and earth of thy glory. It was here we find one of the earliest of many human paradoxes: the earth God used as a self-identified Potter to create man in his own image is also known as dirt.

The Middle English word dirt means “excrement, dung, feces, any foul or filthy substance… mud”; from Old Norse, “to void excrement.” The same sense of the word is found in Proto-Germanic, Dutch, and Old High German. It was used “abusively of persons from 1300, then figurative of something worthless. It was first used to mean “gossip” by Earnest Hemingway in 1926. We all know what it means to go to a dirty movie, and we all know what it means to be dirty after working all day in the yard. One word with two distinct meanings. Context is everything. The nature of dirt turns out to be like the nature of man, we are glorious and dirty creatures simultaneously.

Dirt is the raw material for making, and making is an art. Art is literally a “skill as a result of learning or practice.” The root ar means “to fit together.” It is where we get the word arms, such as in weapons. It is also an educational term for “skill in scholarship and learning,” — thus we have the liberal arts and refer to a degree as a Bachelor of Arts.

Interestingly, it was to the first two parents that God promised to redeem them the same way he made them, by filling dirt with glory; the Incarnation was his own special master piece. While the origin story began with a separation of water in which dry land appeared, Christ used both water (his own spittle) and dirt in a type of reverse engineering that gave blind men sight. Jesus remarked that blindness is not due to sin, but for the glory of God (John 9:1-7). God can take the “excrement” of our lives to make something that brings glory to him.

Making in pottery begins by mixing water with earth. The potter uses the water washing over the clay to mould his vessel. It was here, in a red clay muddy bayou in Arkansas that God remade my little family. It is where he “fit together” with an artist touch my two future men, arming them in the masculine school of Matthew Crawford’s shop class as soul craft. It is where he taught me in the liberal arts and gave me sight—“a thousand sets of eyes” according to C.S. Lewis.

In “An Excellent Homestead,” Wendell Berry’s Marsh family finds a kinship between farming and pottery making:

Both are arts; the products of both come from the earth and wind up on the dinner table; both are learned slowly. In both, you are working now for what will be in twenty years. You can’t learn either one just by being told.

Even if I didn’t recognize it at the time, the small muddy town in Arkansas had the raw husbandry needed for making men from broken fatherless boys. It was an imperfect stand-in for a husband, for a father. But if the institutions that oversee our slow twelve-to-eighteen-year process of education are called our alma-mater (nourishing mother), why can’t the dirt-filled, dung-laden places that convey agrarian lessons taught over 20 years be our nourishing father (alma-pater)?

The Latest and Greatest: Just Another Brick in the Wall