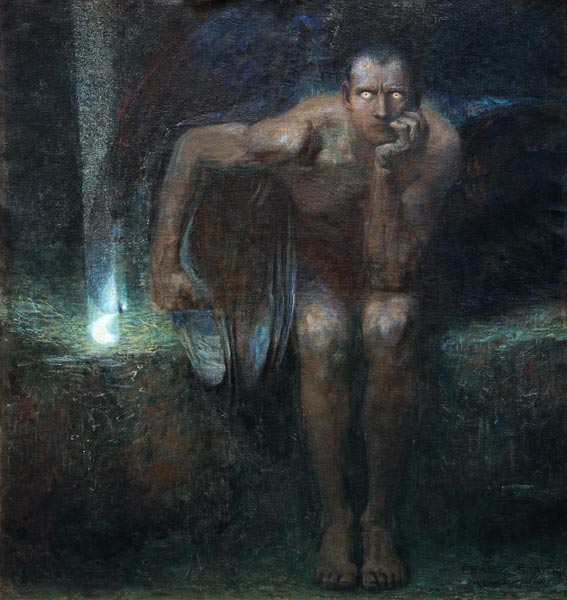 Caldwell, ID. Jeff Bezos, if you are reading: in the name of accuracy, I propose that you rename Alexa. Lucifer would be a much better fit. You could even allow for Abbadon, Mephistopheles, or Beelzebub. The change would be both more accurate and you would avoid the gender trouble associated with the name Alexa. It is a clear win-win.

“Lucifer, play ‘Sympathy for the Devil.’”

“Abbadon, buy A is for Activist.”

“Mephistopheles, turn out the lights and turn up the heat.”

“Beelzebub, set up an appointment for midnight at the next available full moon for our soul transaction.”

The real danger is when Lucifer starts speaking up uninvited too often, as inevitably he will. Certainly it will be an optional setting that we can easily turn off.

[Dinner time at home]. “Master human, I see that your daughter has developed a new preference for unscented lotion.”

“So what? I’m eating dinner, Lucifer.”

“Your daughter is pregnant, master human.”

[1 year later]. “Master human, I seem to have overheard that you are not entirely pleased with The Washington Post, Powered by Amazon®. Remember, ‘Democracy Dies in Darkness.’”

[The plastic cylinder grows, glows, glowers]: “You might want to reconsider that . . .”

Lucifer is no doubt low-hanging fruit for the readers of Front Porch Republic. It is a place-contaminating, unlimited tyrant. If you’ve purchased one, watch out. When the lights start pulsing and your smart speaker starts shrieking, it will be too late. The peloton of drone-wraiths will be only seconds away.

What better tool for soft despotism, to “spare [us] all the care of thinking and all the trouble of living?” With even one-click shopping, flipping light switches, and turning on music devices being too onerous for us, could we have devised a machine more efficient in the promotion of sloth and incompetence? Could we have devised a contraption better suited to reinforcing the idea that we are no more than consumers whose happiness is always one more vocalized wish away?

Scene: Wormwood and Screwtape drinking at The Goat’s Horns. Wormwood clutches a Monster Energy with a dash of absinthe. Screwtape, being of an older generation, sticks to his traditional Red Bull and vodka. Both alternate between the Goat’s Horns’ house mix of Doritos and Cheetos and drags on their vape tubes. Post Malone supplies live music. The walls are decorated with original Warhols, Pollocks, Basquiats, Serranos, Hirsts.

Screwtape: You mean to tell me that you sold them a device that has the capacity to monitor everything they do and say—and that they believe it won’t just because of its settings—and all it does is turn on music and flip the lights off? I had to work for my souls! [Screwtape’s yellow eyes flame. The scales that cover them involuntarily close horizontally and then re-open].

Wormwood [snickering]: Not only that, it gives them the capacity to buy whatever they want. Whenever they want it. And we didn’t even have to pay for it! [Pause] Actually, it might put us out of business. [Wormwood’s expression changes. He stares anxiously at his drink; that it is exactly the same tint as the forlornly flickering Goat’s Horns sign has struck him for the first time].

Screwtape [pounding the table, roaring and hissing]: They used to hold out for artistic virtuosity! Immortality! The philosopher’s stone! All you have to do is sell them a talking, blinking plastic cylinder that turns off the lights from the couch. Damn you to hell!

[Screwtape, enraged, turns into a centipede. Wormwood, forgetting his despair for a moment, plucks him off the barstool, places him neatly between two Doritos, snaps the delicacy up in one bite, and chases it with a slurp of Monster Energy-absinthe. He drags on the vape tube and exhales slowly. He smiles.]

“Thus the age perfects its clench,” as a wise man once said.