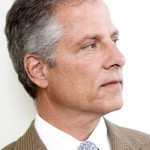 DENVER, COLORADO. It seems like only yesterday that the New Urbanism was really new. But this weekend, with its annual meeting here in Denver, the Congress for the New Urbanism turned seventeen. Its founding texts are almost as old. Andres Duany et al.’s Suburban Nation was published in 2000, and when I plucked James Howard Kunstler’s Home from Nowhere from the shelf to re-read before coming here, I was shocked to discover that it had been released way back in 1996. Kunstler’s Geography of Nowhere, one of the ur-texts of the New Urbanist movement, came out in 1993.

The New Urbanism, in other words, is now experiencing the bloom and vitality of late adolescence, if not early adulthood. The ideas have been fleshed out. The networks of professionals and well-wishers are well established and growing. The movement is increasingly popular and influential, and with rising oil prices and elite consensus against sprawl, there is no reason to think that this won’t continue.

The New Urbanists’ marriage of theory with practice, their willingness to engage in the exasperating nitty-gritty of city and county politics, their patient, strategic creation and marketing of alternative planning codes and zoning laws, their building of new models and sharing of best practices – all of this is admirable. At least, it’s admirable to me, because it isn’t nearly as easy as mere keyboard scribbling. The New Urbanists have begun to change and will continue to change the way some cities and suburbs and small towns develop in this country – and all without a single talk-radio show or Washington think tank to promote their ideas. Imagine!

At the conference I had the chance to hear Andres Duany, the philosopher-king of the New Urbanists (Kunstler is the enfant terrible). Duany is the kind of man who does not lack confidence in his opinions, to put it mildly. He can discourse impromptu for ten or fifteen minutes on virtually any aspect of urban planning, architecture, or communitarian thought. On Thursday he fielded questions from the newbies in the New Urbanism 101 session. Some of Duany’s comments that I found interesting follow.

On traditional architecture: people like architecture that (1) “brings weight down” (by making use of pillars, columns, arches, etc.) and that (2) “expresses human habitation.” People look at a porch or a light-filled room with a big studio window and they naturally project themselves into those places. They like what such places say about the possibilities and context of human living. Hence, they like traditional architecture. Like stained-glass windows, such architecture speaks a language that is understandable even to the untrained. Everyone can read traditional architecture; it expresses and speaks -through its forms, materials, and design – a public, common language.

People don’t like modern architecture (generally) because they don’t understand its language. Nor can this be solved merely by making the masses “connoisseurs” of modern architecture, Duany pointed out, because even within modernism there are few common meanings. The ideal of the modernist architect is to develop his own unique, idiosyncratic language that expresses his personal genius. Connoisseurship is therefore not a solution.

On sprawl: recession or not, rising oil prices or not, history shows that we are going to keep sprawling (sayeth Duany) into suburban and rural areas. What we must do, then, is to get better codes in place (and the New Urbanists have written them) so that when the economic recovery comes and new development begins again, the pattern is a New Urbanist one, and not the crappy one with which we have been saddled heretofore. Here is where the New Urbanists are concentrating much of their energy.

On whether New Urbanist developments should make room for big-box retail stores: in Duany’s opinion, yes. Otherwise, the planner risks looking like – and being – an elitist snob and will have a hard time winning over the community’s less prosperous folks. On the other hand, we know from Kunstler and others (again, this is Duany) that Wal-Mart is a temporary phenomenon. The sun is setting on big-box retailers. So the New Urbanist planner must plan the infrastructure of his master-planned community or development such that the big-box pad can be redeveloped efficiently once the Wal-Marts of the world are out of business in a decade or two.

On financing: for the most part, the banking world continues to rely on a set of mindless abstract assumptions about what makes a “good” shopping mall or other kind of development, and these assumptions are thoroughly auto-centric and anti-localist. This is the result of a financial world that structurally eliminates the operation of actual human intelligence. It is often necessary for the New Urbanists to work the system by deceiving bankers (calling an office in a live/work unit, for instance, a “game room” or something), which is easy to do because no one actually ever looks at the real thing that is being built.

So that’s The Best of Duany. From my point of view, the primary problem with New Urbanist thought, so far as it was articulated at this conference, anyway, is a lack of concern for liberty – not conceived as individual freedom or the sanctity of property rights, the American obsessions with which the New Urbanists routinely deride, and for many of the right reasons – but liberty conceived as self-government. Here we come to a fundamental difference between progressive and traditional conceptions of democracy: to the traditionalist, self-government is the essence of democracy; to the progressive, democracy is a substantive ideal and must be imposed quasi-dictatorially by experts and planners.

The result of this lacuna is that the aggrandizement of the central state – and the accompanying decline of the mediating institutions that provide the skeletal structure of community – doesn’t seem to keep the New Urbanists up at night. Government seems to be the one area in which they think little about proprieties of scale.

To all planners, community is bound to be seen as a technical problem. The general, vague idea seems to be that if we but get the right physical fabric in place – backed by the government at all levels, of course – we will finally satisfy the “craving for community” (as one New Urbanist book title puts it) that bedevils us.

Real communities, however, aren’t created out of thin air. They take time. They take multiple generations living together in the same place. They take stability and the kind of affection and loyalty that can never be the result of mere consumer choice. They have shared stories and myths and customs and mores and norms and languages. They have loci of moral authority. And they have a high degree of autonomy – economic, political, and cultural. For the vast majority of purposes and in the vast majority of areas, they must be authentically self-governing.

The right kind of physical fabric, beauty, a public realm and civic spaces that reflect and help serve the common good – these things are certainly important qualities among well-functioning communities, and by focusing on them the New Urbanists are doing something concrete toward helping to rebuild American civic life. But we have plenty of examples of places with these qualities where the thick bonds, existential richness, and mutual support networks of authentic community have failed to develop or have decayed. On the other hand, it’s questionable whether community can be maintained in places characterized by economically, politically, and culturally dependent and powerless serfs dominated by a centralized state and anonymous corporate institutions, no matter how good the physical fabric of those places.

To the extent that the New Urbanists are content to serve the servile state, the usefulness of their work will be severely attenuated. It’s the decentralists’ job to convince them that their goal of re-creating human-scale communities can only be attained within a human-scale regime.