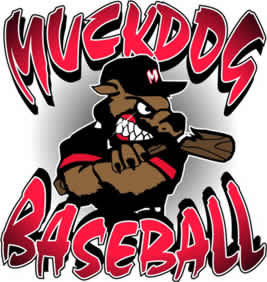 BURNED-OVER DISTRICT, NY—The Muckdogs open tonight against the cursed Auburn Doubledays. It’s seventy years now that we’ve had a professional baseball team in Batavia, and no one knows more about what has happened on and off the field during those three score and ten than Bill Dougherty, a superb example of what every baseball city has to have: a baseball historian.

Bill Dougherty’s father founded the heating company that has borne the family surname for three generations. Bill is retired, which means he still spends five days a week running for parts and answering phones and pitching in, but when he’s not hanging around the office (or even when he is) Bill is researching and writing articles on our county’s early 20th-century town teams and ethnic nines and even traveling women’s baseball teams. One of these years he wants to stage a girls baseball tournament, apt since the Burned-Over District is the cradle of the 19th-century movement for woman suffrage and legal equality. (Susan B. Anthony I’ll keep on the bench to nag the ump, but Elizabeth Cady Stanton can bat cleanup for me anytime.)

History: “it’s not made by great men!” as the best Marxist postpunk band yelped. It is, rather, an accumulation of small stories that achieve, in their interconnectedness, a solidity, a resonance. I guess we’d have to call Bill an activist historian, since his labors of love have retrieved forgotten games and people and even rewritten the major-league record book.

This story starts with Ty Cobb and the famous “suspension game.” Cobb had gone into the stands in New York on May 15, 1912, to thrash a heckler who was yelling “Your sister screws niggers” and “Your mother is a whore.” The heckler, Claude Lueker, had lost all but two fingers on his hands to an industrial accident, though when told he’d throttled a fingerless man, truculent Ty replied that he’d have beaten up Lueker even if he had been legless. Commissioner Ban Johnson suspended Cobb, his Tiger teammates struck in solidarity—even though most of them despised Cobb–and when Tiger owner Frank Navin realized that he’d be fined heavily if the Detroiters didn’t take the field against the Athletics in Philadelphia, Navin and Tiger manager Hughie Jennings cobbled together a team of Philadelphia-area amateurs, semipros, and sandlot sultans which Cobb biographer Al Stump called “the most farcical lineup the majors ever had known.”

As a player, Detroit manager Hughie Jennings was hit by a pitch 287 times, a major-league record that withstood the modern charge of Houston’s Craig Biggio. The affable Jennings “had two ambitions in life,” writes Bill James: “to become a lawyer, and to meet the pope.” He did both. Even better, he met a Batavian: 24-year-old Vince Maney, who was working in the Iroquois Iron Works in Philadelphia and playing semipro ball. Jennings signed Maney up as shortstop for a day.

The game of May 18, 1912, was a rout. Emergency Tigers pitcher Aloysius Travers, who later became a Jesuit priest, was touched for 24 runs on 26 hits in eight innings. Who needs a bullpen? Vince Maney described the game in a letter to his brother: “I played shortstop and had more fun than you can imagine. Of course it was a big defeat for us, but they paid us $15 for a couple of hours work and I was satisfied to be able to say that I had played against the world champions. I had three putouts, three assists, one error, and no hits.”

If only Bill James had been sabremetricking in 1912. For Vince also walked once and was hit by a pitch, giving him an on-base percentage of .500. Calling Billy Beane!

Maney played under an assumed name that day. He was a strikebreaker, after all—a scab of sorts, although Ty Cobb wasn’t exactly Samuel Gompers. For nigh unto one hundred years the baseball record books listed Maney as Pat Meaney, 41, of Philadelphia. The fictive Meany’s made-up age gave him the specious distinction of being the oldest rookie ever to debut in the majors till 42-year-old Satchel Paige joined Cleveland in 1948.

Enter Bill Dougherty. Add countless hours at the Genesee County History Department and the Richmond Library, volumes of baseball histories, communications with the Baseball Hall of Fame in Cooperstown, and a determination to do right by a fellow Batavia Irishman. Thanks to the indefatigable Dougherty, Vince Maney has gotten his due. Open the newest edition of any standard baseball reference book or website and you’ll find an entry for Vincent Maney, born and died in Batavia, NY, a Detroit Tiger of 1912.

So far as we can tell, Vince is the only Genesee County boy ever to play a game in major league baseball. A Moonlight Graham of our own. Given his due after all these years only because of the labor of another man, a Batavian who grew up enthralled with baseball and his hometown and never lost his love of either.

Soon enough I will find myself on the Dwyer Stadium beer deck draining a beverage with historian Bill Dougherty and, among others, Steve Maxwell, whose insurance company was founded by none other than the homecoming Vince Maney many decades ago. There is a continuity still in the America that counts. Heck, the nuns at St. Joe’s used to make my dad run over to Vince Maney’s office for free inkblotters. We are bound, all of us, in this little place that in my imagination is bigger than the whole world.

Yeah, I know, it all leads back to a single game and an 0-2 line and an .833 fielding average, but Vince did get hit by a pitch, too, just as Batavia has been beaned as often as Hughie Jennings. There’s more than one way to make it to first base. And even for those of us who never cross the plate, never score a run, there are other ways of making it home.

St. Dennis of the Bleachers