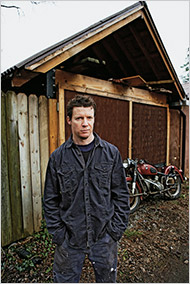 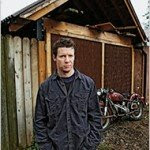 During the course of this entire week, FPR will devote its main pages to a symposium on the recent book Shop Class as Soul Craft by Matthew Crawford. The book has been widely discussed in the pages and on the airwaves of a number of major media outlets, and clearly has struck a chord with contemporary readers concerned about the trajectory of the modern American workplace away from knowing how to do things instead toward a dominant role of the kind of work done by what Robert Reich called “symbolic analysts.” Coming at a time of economic crisis, an increased interest (and necessity) of repairing our own stuff and growing our own food, and growing concern about the viability of an economic system based upon outsourcing and offshoring, the book is a timely reminder that certain kinds of work are always necessary, and further, that many of the manual trades possess an inherently integrative and purposive function that are often lacking in the sorts of deracinated jobs in many contemporary blue- and white-collar workplaces. It is a repudiation of much of the ideology that underlies modern globalization and elite and academic assumptions about the superiority of office work over hand craft.

In the book, Matt Crawford argues on behalf of the virtues of crafts – those forms of work that require skill of hands, a storehouse of knowledge and experience, patience, improvisational ability, and creativity. His book is a seering indictment of the alienation and deforming nature of much of what constitutes modern work, whether those “manual” jobs that tend to be modeled on mass-production models of assembly line, or “brain” work that more often than not results in workplaces that resemble “The Office” or “Dilbert.” He argues fiercely against the notion that there ought to be a conceptual separation between “manual” and “mental” work, noting that the crafts require a high degree of thought and creativity. The book argues for a reconsideration of many modern assumptions about the superiority of certain kinds of educational tracks and life paths, and ably points out that many modern office jobs are just as intellectually deadening as the assembly line jobs that once required 93 job offers for every one position being filled. There was a time when men and women had a sense of the dignity of work that most people refused to remain in a job that degraded and alienated its holder. Now, Crawford suggests, many regard such work (especially its white collar iterations) as a badge of success.

Matt brings a great deal of personal authority and experience to the basic argument of his book: he grew up working as an electrician and currently owns a motorcycle repair shop in Richmond, VA, but also holds a Ph.D. in political philosophy from the University of Chicago and a fellowship in the Institute for Advanced Studies in Culture at the University of Virginia. In this book he brings together the two worlds that are often sundered by a modern form of Gnosticism, the privileging of the work of mind over the work of hands. The book is highly readable – an appealing combination of serious philosophical reflection and often uproarious personal anecdotes. For those readers who have not yet read the book, but are interested in learning more of its basic argument in the course of reading the various assessments of the book on offer here this week, we recommend (in addition to reading the book itself) this early version of the book’s argument – an essay that first appeared in the fine journal The New Atlantis – and this excerpt from the book that appeared in the pages of the New York Times Magazine.

I hope readers will enjoy a week of sustained attention to a single book – and we’ll return to “our regular programming” next week.

Lessons from a Motorcycle Mechanic