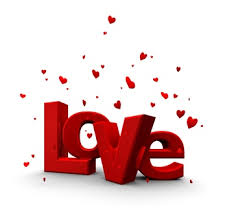 The folks at First Things have been kind enough to ignore my lame punning and respond to some of my criticisms, which has resulted in some helpful progress on examining certain features of our identity starved, sanitized, homogenized, and sterile cultural landscape.  This reminds me to say that I think the FDA’s war on raw milk in favor of pasteurization is a fitting allegory of American life writ large—all life must be killed before it kills us!!!  But now I’m getting off track.

Bottum’s take away is to point to the extreme difficulty of creating and/or maintaining an authentic local community in the face of the pasteurization chambers of mass society (mobilization, technological proliferation, etc.).  This is always a question worth asking, but I agree with Rusty Reno that it is not without an adequate answer.

This reminds me of Maggie Gallagher leveling the same basic critique of Dreher’s neo-traditionalism several years back:

We have lots of choices in our society but we don’t have the choice to be genuinely traditional, as far as I can see, and nothing in your book suggests otherwise. Yes, the absence of traditional bases for identity creates a genuine hunger. If you want to try to satisfy that hunger by “attaching” to a tradition, I have no objections. I really don’t. I just can’t look at that process and see that its will achieve what you claim for it. Its not being traditional, its choosing tradition as the best of all available consumer goods. You make that choice, other people make other choices. God bless, I hope it works for you. … I personally think the benefits of the modern condition seriously outweigh its liabilities (and so there we may differ). But don’t imagine you are recreating a traditional world. It’s not true. You are creating a personal world.

This has always seemed to me a deeply ironic position for a staunch defender of “traditional” marriage to take.  For this is precisely the stand taken by gay marriage activists such as Andrew Sullivan.  Why should erstwhile conservatives be so upset with gays for wanting to satiate their thirst for consumptive tradition by attaching themselves to bourgeoisie institutions?  This is likely how Sullivan and others like him see themselves and the issue along with their own desire to normalize.

Another gay marriage supporter, Damon Linker, has helpfully clarified this as the “liberal bargain.” Contrary to Linker’s assertion vis-à-vis First Things, there is significant evidence that Bottum has always been willing to take that bargain.  This, I would argue, leads directly to the question Bottum and others have raised as unresolved and, they may argue, irresolvable: “rebellion against rebellion doesn’t escape the problems of rebellion, and a chosen tradition is never quite the same as an inherited one.”  Or more specifically, Bottum says of Skynyrd’s “Sweet Home Alabama” that “its success at being such an anthem also opens it up to the usurping power of irony from the anti-localist hipster: for capitalism’s engine of postmodernity.”

In other words, the cost of the liberal bargain is that good citizens of the consumptive state must accept a bastardized version of tradition as just one more product on the shelves chosen to therapeutically alleviate certain “itches” that are understood in an entirely materialistic and personalist way.  As I have described it elsewhere, liturgy for you, lechery for me, it makes no difference.  Whether one is nonchalant and unreflective about this problem (Gallagher) or wistful and unhappy with its presence but unwilling to untie the liberal knot (Bottum), the effect remains mostly the same.

This gives us the strange phenomena of people trying to purchase an identity, a heritage, a culture.  Can’t be done, but when have we ever let that stop us from trying!  So we have “distressed furniture” and Skynyrd knock-offs and, as a perceptive commenter noted while discussing Pittsburg: “Look at Steeler Nation, in which scads of non-union, non-blue-collar people masquerade as steel workers. A city of professors and doctors that masquerades as factory workers every Sunday. These are people who have become their dispossesion.”

Just so.  Commodify your dissent!!

After this kind of cultural diet, it is no surprise that many would not have the wherewithal to recognize a genuine cultural artifact if it rose up and bit them in the collective you-know-what.  This is where I circle back to a genuine localism which is not represented by Skynyrd or the Steelers or but by my local bluegrass pickers and my high school football team.  Bottum says: “Successful declarations of localism, by their success, are opened to the modern devices that must inevitably undo localisms.”  Which is why I have cautioned against what I called an over-articulated declaration.  But additionally, Bottum’s standard of “success” here gives away the farm as it is the “success” of the modern market—proliferation, uniformity, mass marketing, etc.  Declarations of localism that are “successful” by the internal standard of the locale are, or should be, resistant to commodification because they will always be detailed, peculiar, particular expressions of a very real and grounded love and not amenable to assembly line reproduction.  Can’t buy me love said the dispossessed ones from Liverpool.  They would know.