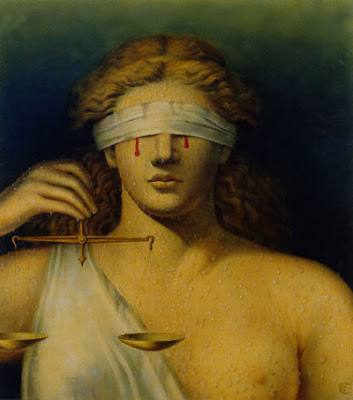 The conversation between Rusty Reno, Jody Bottum, and Caleb Stegall prompted me to revisit a recent post from “What I Saw In America” in response to a reader reply who had charged localism with insufficient attentiveness to justice. Since, in the context of this conversation, my argument of this previous post is somewhat relevant or at least related, and since the readership of this site may not have seen my argument there, I re-post it here:

You wrote: “A smart political leader who argued for a government that governs close to home (not simply “anti-government,” but the goods and benefits of more local government) – and proposes actual paths and policies to effect that end – I believe would attract a large swath of the electorate.”

Okay. But there is another problem. It seems to me that well-meaning people use a good principle, subsidiarity, to justify too many arguments against federal government. They overextend. Subsidiarity is not opposed to federalism, but rather is against ~unjust~ federalism. Subsidiarity is a an important ~part~ of justice in politics, but it is no panacea.

We return, therefore, to justice. If powers close to home are unjust, then we need a federal government capable of timely intervention. Likewise, if the federal government acts unjustly, then minorities (i.e. local powers) must be invested with the power to legitimately resist. Justice then attains to a higher priority than subsidiarity.

In sum, a well-balanced, thoughtful judiciary matters in our kind of democracy to help weed through our situations. So we return to the notion of good government (which consists of the judiciary), rather than no government or anti-government. Newt’s got it all wrong.

And to return to one of your blog’s ongoing themes, a sense of place lends itself to subsidiarity. But the federal government also operates with a sense of place—the nation. Too much of an emphasis on local place can undermine a nation’s sense of common place, or culture. If our sense of the local is too strong, we will find ourselves unwilling to accept taxes that build roads in Idaho, say, if we live in Virginia—forgetting that our system of unrestricted interstate commerce allows for the import affordable potatoes.

In sum, how do we prevent the good of the local from becoming parochial? How can guys like Newt get away with minimalizing, or forgetting, about the dangers of local small-mindedness that are the hazards of subsidiarity?

This is a very good question, and a difficult challenge to answer because it is impossible to guarantee or ensure that “parochialism” will not involve some degree of injustice (depending on how we define that word). It is an issue and concern that must be confronted with the utmost seriousness. I cannot provide any philosophical, theoretical or political answer that will guarantee that life lived on smaller scales will be absent injustice. But I do want to respond initially by asking whether it’s safe to assume that larger scale is necessarily more just.  Further, whether or not that’s the case (and the evidence suggests otherwise), it should be further asked even whether justice is or should be the sole or exclusive aim of politics. Indeed, it is because of our dominant liberal definition of justice that we see the rise of concentrated central power, but the very existence – and exercise – of that power is likely to be inherently unjust.

First we should ask – what is justice? Justice, according to the Aristotelian definition, is defined as giving each person his or her due – that is, “just desert.” In order to do that, the ancients recognized that it is necessary to know something of the character of each individual in order to treat each person justly. In order to have sufficient, much less intimate, knowledge of many individuals, it is necessary to live in relatively small settings where such knowledge is possible. Yet, in such intimate settings, we are likely not to need formal appeals to justice. Inasmuch as we are likely to know those with whom we share our lives, our relationships are much more likely to be based on appeals to “friendship” or love, not justice (imagine a family, or small community, or church, that operated on strict demands of justice, instead of charity). Aristotle wrote that where there is ample practice of friendship, there is no need of justice; further, that where there are greater degrees of friendship, there are fewer lawsuits (or need for laws) regulating our behavior. We are more likely to deal informally with our fellow citizens, including the ability to forbear injury and to accept conditions of inequality if the underlying condition informing that inequality is a shared regard for the common good.

In larger settings, however, we demand justice as a second-best substitute. Because we can no longer accept unequal relationships based in a deeper solidarity, we instead demand equality as a consequence of impersonal relationships. Thus, we have tended to substitute any such interpersonal basis of relationships instead with demands for “social justice,” which is a misnomer that means, in fact, “equality.” Equality is, in certain senses, the opposite of justice: it rewards like and unlike equally. Its precondition is that I know nothing about you, and even that I don’t particularly care about you. Its precondition is indifference, other than a formal demand not to be treated differently than anyone else. This latter definition of justice animates the philosophy of modern liberalism, particularly theories of justice inspired by John Rawls. While Rawls argued that justice consists of equality in many areas (including dignity), it turns out that the only way to adequately measure and ensure equality in conditions of indifference is through material markers – wealth and income. The tendency in such settings that tend toward the large scale is for justice (or “social justice”) to be defined exclusively in material and monetary terms. A striking aspect of the “greatest political thinker” of the 20th-century is that he was essentially arguing for a certain kind of tax code.

Taking this into account, the unit of measurement comes into question. Is it enough for policies of redistribution to take place within a proscribed domestic national sphere? Wouldn’t that leave significant inequalities between nations in place? Thinkers like Thomas Pogge have argued that for Rawls’s theory of justice to be just, it must apply internationally. National boundaries are inherently unjust, and the only legitimate and true form of justice can occur in the context of a single unified world government. The logic of the claim made here – that justice must be given “higher priority” than subsidiarity – is toward one-world consolidation. My suspicion is that any such condition would require massive increases in injustice in the effort to achieve “justice.”

This latter suspicion brings us to a core contention: justice must be understood to be one of among many goods and virtues for human beings, but not the sole or exclusive good or virtue. Justice must be weighed against other goods as well, such as the goods of family, fraternity, liberty, community, tradition, as well as the virtues of sacrifice, faith, charity. It could be argued that no human community can ever be truly just, and the effort to achieve true justice is itself unjust: long ago, Plato suggested that true justice could only come into existence if families and private property were abolished. This is a justice so extreme as to give rise to injustice. There will always be degrees of injustice in any society, beginning with the fact that we will be born into different conditions, to different parents, in different regimes, etc. We don’t get to choose those conditions, and nor can we wholly correct the results of those varying conditions.

Once elevated, justice is thus a particularly imperialistic virtue. Injustice must be rooted out everywhere, and its elimination – given the natural and pervasive injustice inherent with all human life – requires massive intervention by ever-more powerful entities. Ironically, the substitution of justice for interpersonal relations (e.g., friendship, fraternity and charity) that is required in larger settings sets into motion logical necessity for ever-larger settings that include ever-more claimants of justice, and thus, ever-more centralized and powerful enforcers of justice. This is why there is a natural tendency, over time, for centralization of power within a liberal context – a condition ironically born of the fictitious notion that the aim of liberalism is a limited State. Hobbes was the more accurate and truer liberal all along, although what animates us outside the State of Nature is not fear of death, but fear of being treated unequally.

Prudence gives way to legalism and “principle”: small injustices are treated with equal degrees of intolerance as the most egregious forms of injustice, and in the name of the eradication of all injustice wherever it may exist, existing ways of life are also eradicated. “Culture” is the first victim of the imperialistic search-and-destroy mission of modern liberal justice. To the extent that culture is in fact a culture – because it seeks to rule authoritatively and within a relatively closed context – it must be destroyed in the name of justice. Any attendant goods of that culture are deeply discounted, whereas the opportunity to join in a modern consumerist regime is seen as ample compensation.

If pressed to make a defense of “subsidiarity” in the name of justice, I would say that justice consists to a significant extent of living in the world in a way that makes “the good life” possible for your own and future generations. To be just is to treat the world, and our children’s children children, justly. By that measure, much of our modern way of life is “unjust” to the extent that we live in ways that are likely to make life worse – even unlivable – for future generations. A major contributor to that condition is our large-scale and centralized political and economic systems. More local scale – in which, for example, what I eat tends to be derived from sustainable local agriculture, not potatoes trucked in from Idaho – is therefore more just, by this definition (on the egregious practices involved in modern potato farming, read Michael Pollan’s The Botany of Desire). More local economies – in which our consumption matches our production, and is not driven by a feverish and imaginative creation of “wealth” through debt – is more just. Our current arrangements, by contrast, are profoundly unjust to those who are not yet born, saddling them with eroded topsoil, depleted aquifers, artificially increased world temperatures, and mountains of debt. That is not a “culture” – it is its antithesis, an “anti-culture.” Our imprudent pursuit of “justice” and its attendant demands for growth of economies and government is, in the final estimation, profoundly unjust.