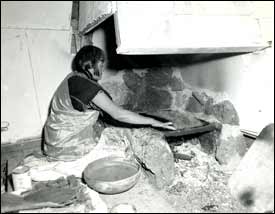 Cincinnati, OH. My oldest son manages a pool for the city recreation department while he’s home from college.  It’s a summer job that should be well-suited for him: part schmooze, part autocracy, with an appealing professional wardrobe.  But the sour economy has frayed relations and raised tempers in a chronically distressed neighborhood, and my son’s gotten used to calling the police to break up fights, document overnight vandalism, and collect drugs floating in the pool at the end of the day.

He comes home at night uncharacteristically exhausted, heads upstairs to bed early.   When he talks to me about the pool, he identifies the problem as communal irresponsibility:  unsupervised six-year-olds rescued repeatedly from deep water, young women assaulting one another after petty quarrels, vandals tolerated or ignored.

He was sharing his frustration recently in a conversation with my father in law when my wife interjected, “I hope you realize the problem here is one of poverty.”  I know what she was getting at – and where she hoped to direct the conversation – but I don’t think she’s quite right.  I’ve worked or lived in places – rural Central America and the Navajo Reservation, for example – where material conditions are far worse, yet these lacked the pervasive despair and communal disintegration of inner city America.

When we moved back to my hometown of Cincinnati after five years with the Indian Health Service, I first worked at an urban health center in Northern Kentucky, in a tough neighborhood peopled largely by Appalachian whites.   Colleagues and patients would ask, when they learned were I’d spent my previous years, if it had been hard “taking care of Indians.”

The question puzzled me, and it took awhile before I realized the answer was, “Hell, no.”  At least the Navajo and Hopi have a culture and sense of community, with traditional practices, however attenuated, to ground them.

I was with the Hopi again last month.  I’d forgotten how much I like them, how much they taught me habits of community despite rampant poverty (almost half the Hopi nation earns below the federal poverty level), unemployment, and a host of attendant social ills.

Like any human community, the Hopi were and are flawed.  Idealization and hagiography do them – and humanity – great disservice.  I’m not a member of the wannabe tribe nor do I claim, as half of Sedona seems to, that I was Indian in a past life.  To the extent, however, that the Hopi live within natural and traditional limits, there is much for an Unsettled America to learn.

When my wife I and traveled, twenty years ago, to Tuba City, Arizona to work for the Indian Health Service, among our first tasks was to find a grandmotherly baby-sitter for our newborn son, Will.  Eunice – short, with café au lait skin; thick, tight curls of black hair; sharp eyes and a laugh that could charm a stone  – fit the bill.

She lived in the lower, much more traditional, part of the Hopi Village across the highway, but she quickly became the other new addition to our transplanted family. We walked to work from our quarters, and looked forward to coming home for lunch to play with our son before heading back for the afternoon.  Sometimes Eunice would take Will down to her home in the lower village.  When she wanted to run an electric appliance, she powered up the sputtering kerosene generator.  There was no indoor plumbing.   As Will grew, he learned a bit about planting corn, making traditional foods, and carving katsina figures from cottonwood root.

My wife and I learned a little of that, too.  But our most important lessons were in the practice of hospitality, learned, by example, from the Hopi.

If you want to learn something from the Hopi, start with piki, the thin, unsalted corn delicacy used at weddings, dances and other ceremonies.  To make piki, a Hopi woman takes dried corn – usually blue, but other colors may be used on special occasions – and grinds it to a fine powder.  To this she adds some water and a small amount of wood (usually juniper) ash.

Ash is, as makers of soap know, alkaline.  Adding wood ash to corn – a variant of the Mesoamerican practice of nixtamalizacion, or soaking the kernels in lime water, as in the making of hominy – not only improves taste and eliminates fungal toxins, but improves corn’s nutritional value. In the presence of alkali, two amino acids (lysine and tryptophan) and niacin (Vitamin B3) already in the corn are now bioavailable – useable by the body.  With a pinch of ash, the Hopi avoid protein malnutrition and pellagra, a disease that once plagued impoverished eaters of corn in Europe and the Southern US.

She then takes the watery mix to the piki house, a small adobe or cinder block structure with one or more low fireplaces for cooking.  Over a fire of pinyon and juniper branches, she places a flat, black stone.  It takes time and skill to make a proper piki stone.   I used to work with a Hopi nurse who collects watermelon seeds for months, using the oil from hundreds of crushed seeds to smooth and season the flat, rectangular stone for the hearth. She fasts and prays while polishing the stone to shiny blackness, just as the observant maker of piki does while baking.

Anglo outsiders often swoon at the matrilineal structure of Hopi village life while ignoring the rigidly gendered nature of specific practices and roles.  Even the Hopi words for “thank you” come in astonishingly different male and female forms. As for traditional Hopi tasks, weaving is done by men at a loom of logs and fiber, piki-making by women, kneeling before a stone.

It’s no small honor to be invited into a dark and smoky piki house to watch a Hopi woman dip her hand into the cornmeal mix and spread it in long, deft sweeps over the hot stone.  It takes time for my eyes to adjust from bright sun to the dim interior haze.  It takes longer for an Anglo like me to learn how to watch quietly, not to ask too many questions. Patience and prudence are key when making piki.

While the juniper fire spits and crackles, the baker watches the mixture dry on the stone, waiting for the precise moment to lift the cooked sheet away.  She sets it aside for a moment to cool before placing it once more on the stone, where it softens.  With a quick roll and fold, she forms the sheet into a scroll.  Then, like miniature Torahs or very thick cigars, the scrolls are stacked in a pile, ready for use.

It’s in its use, even more than the making, that piki reveals the fabric of community.  The rolls of piki I watched being made last month were meant for the upcoming Corn Dance, part of a series of public ceremonies tied to the agrarian cycle of planting, seasonal rains and harvest.

While the women baked, men were busy in the fields below the village, planting the last of the corn.  Others were finishing their contributions to the dance, which is part celebration of the completed planting, part blessing on the anticipated crop. Piki is eaten during and after the dance, in celebration, remembrance, joy and thanksgiving.

Eunice, our babysitter, often spoke of the long sequence of paybacks following dances, initiations and weddings.  Boxes of piki and other gifts are offered back and forth in diminishing gestures of gratitude, each “payback” slightly smaller than the preceding, until the process halts like a pendulum coming, at last, to rest.   On such elaborate formalities, the Hopi build their communities.

As pahanas (Anglos), we rarely had piki when visiting Eunice’s house, but we were always fed.  Declining Hopi hospitality without a pressing reason is rude.  The offerings were simple – meat, vegetables, bread, water from the nearby pump – but the lesson was not lost on us.  By the usual standards of education and purchasing power, my family had superior status, but we were the ones being schooled.  We learned to receive graciously.  We learned that the role of host comes with real responsibility.  We learned not to show up without contributing to the table.

The last thing my Hopi friends wanted from us was the urge to be Hopi, nor would I insult them by arrogating their heritage to my person.   The most important lesson I learned during five years in Tuba City was that I’m not Indian.  I had to discover the cognates of their hospitable life in my own tradition, hidden beneath modern illusions of autonomy.  But that’s another story.

Hospitality and the Hopi: Fragmentation and Hope

Behind the Beautiful Forevers, and the Ground on Which Communities Are...

The Culture of Hospitality