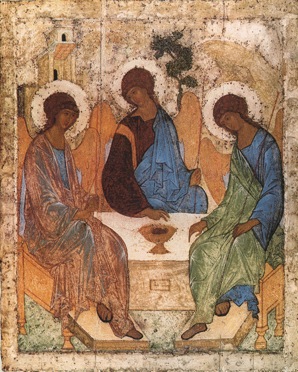 Hidden Springs, VA. In two recent pieces, I argued that 1) the language of “culture war” is not helpful and should be discarded, and 2) that to the extent that liberalism is rooted in a denial of limits, it is anti-culture, for culture is, at the very least, a set of established norms that include prohibitions as well as prescriptions. In short, to weaponize culture is to destroy culture, and to attempt to forge a culture that denies limits is incoherent conceptually and disastrous socially.

So where does that leave us? I want to suggest that we need rethink the meaning of cultural engagement. “Engaging” culture in the idiom of warfare has not produced much in the way of results. Yet at the same time, those who want to preserve historic norms regarding marriage, sexuality, and even life and death are understandably reticent to simply abandon the field to those who seek to undermine or destroy those norms.

To rethink the possibilities, we might find help in a most unlikely place: a late second century letter from an otherwise unknown author named Mathetes to an equally obscure recipient named Diognetus. The letter is an apologetic of sorts, a kind of primer on what set the new Christian sect apart from the pagan religions of the time as well as from Judaism. In a section dedicated to describing the manners of the Christians, Mathetes remarks that “they marry, as do all [others]; they beget children but they do not destroy their offspring. They have a common table, but not a common bed.” If we unpack these lines, I think we can find a plausible alternative to the culture war, an alternative that Christians, Jews, Muslims, and other men and women of good will can employ as a means of engaging the culture creatively and winsomely.

The phrase I want to focus on is this: “they have a common table, but not a common bed.” Of course, the author is describing the lifestyle of the early Christian community, who were known for sharing meals with each other. They were also known for the limits they recognized: they were exclusive sexually even as they were promiscuous in their hospitality.

The emphasis here is the practice of hospitality (with obvious limits), and I want to suggest that hospitality is a radical alternative to both the language and practice of culture wars.

In the ancient Greek world, as in some cultures today, hospitality is a central concern. To practice hospitality to strangers is considered a duty demanded by virtue. The author of the book of Hebrews goes even further when he writes: “Do not neglect to show hospitality to strangers, for thereby some have entertained angels unawares.” To practice hospitality is to open one’s home and thereby one’s concern to others. It is to shake off the narrow and narrowing confines of self-interest and attempt to love one’s neighbors, which, according to Christ, is the second great commandment after loving God.

When we share a common table, we necessarily cease, at least for a time, from contending against each other as our attention turns toward rejuvenating our physical bodies. We can lay aside differences as we join in one of the most basic of human activities. As we share food and drink, our common humanity is starkly revealed. Good food and good drink facilitate, nay almost demand, conversation, and conversing over a shared meal is a means by which differing ideas are mellowed by the common activity undertaken by all. Hospitality breeds friendship, and friends often disagree, but disagreements between friends are of an entirely different nature than disagreements between avowed enemies.

But hospitality is not merely the sharing of meals. Consider, for instance, how the seemingly intractable abortion debate changes when we consider it through the eyes of hospitality. Abortion is a striking instance of inhospitableness, for who could be more in need of hospitable care than an unborn child? A hospitable culture cares for the weakest and the most frail. A hospitable culture, in the context of abortion, is a culture of adoption. The abortion issue looks different when adoption is the obvious choice for a woman who is pregnant and unable to care for her child. What if churches, synagogues, mosques, and civic organizations made adoption a priority? What if laws were passed to make adoption simpler and less expensive? What if churches had funds to help pay for adoptions by families in their congregations who couldn’t afford the fees? What if, in addition to weekly attendance numbers and financial statements, church bulletins or bulletin boards featured the number of adoptions sponsored by the church? What if every pro-life family adopted a child in need of a home or financially helped another family do so? In what way would these acts of hospitality change the culture?

To be sure, abortions wouldn’t end. But people on both the left and the right—those who are ardently pro-life as well as those who are pro-choice—can agree that decreasing the number of abortions is a good thing and that fostering a culture of adoption is one way to accomplish this end. While hospitality will not solve every problem (neither will any policy, program, or party), a culture of hospitality will address a variety of issues—care for the infirm, the elderly, and the poor, for example—in creative ways that are simply overlooked or ignored by those who are focused primarily on public policy, court decisions, and protests. One solution looks primarily to the political arena for redress; the other, like the Good Samaritan, takes the wounded traveler and cares for him. Do you want to change the culture? Practice hospitality.

Gender is a Social Construct