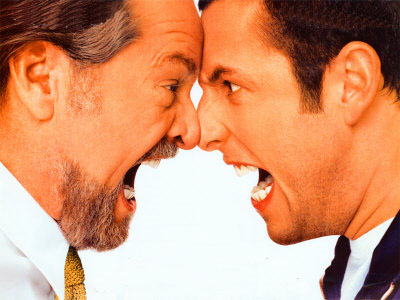 In recent decades we have heard much of the so-called “culture wars.” For many, the idiom of war has come to dominate their thinking in all things cultural and this, of course, spills readily into the political sphere, which is merely one aspect of culture. Indeed, this controlling metaphor shapes our minds, our discourse, and our actions in ways we often fail to recognize by virtue of its ubiquity.

The language of war is no longer simply a military term. In the past fifty years, we have waged wars on poverty, drugs, illiteracy, smoking, drunk driving, and most recently, on terror. In fact, the rhetoric is so common that if you want to motivate people, you do well to frame your pitch in terms of warfare: “We need to fight for American values.” Or when running for president, make sure to promise that your administration will fight for the American people. Everyone’s a fighter or at least needs to be perceived as such. By comparison, a simple appeal to prudential judgment and the likely benefits of a proposed policy seems rather tepid. Much better to wage a campaign (the very thing our politicians do whenever seeking an office), to describe the threat in terms of life and death, and to seek, at least in rhetorical terms, to destroy the opposition.

But does this metaphor of war produce consequences beyond what we might anticipate? I think so.

1) It is a truism that war tends to consolidate and centralize power. Tyrants have always known that the best way to grab power is to either wage a war or create the impression that war is imminent. The threat of an enemy, real or manufactured, induces the population to acquiesce to the centralization of power as a means of staving off the danger. Should we be surprised that the rhetoric of war has grown along with the scope and power of the federal government? While one is not the complete cause of the other, they certainly complement each other and the rhetoric of war paves the way for the reality of the centralized state.

2. If the language of war tends to centralize power, does the rhetoric of “culture war” tend in some way to deform or even centralize culture? Modern warfare is a winner-take-all, unconditional surrender affair and when a society thinks about culture and a “culture war” in that fashion, it would seem nearly impossible for the culture itself to remain untainted. Local nuances and idiosyncrasies would tend to be obliterated by the perceived need to circle the wagons and defeat the enemy. Nuance has no place in all-out war, and it is surely a casualty of the culture wars where the “enemy” is depicted in the worst possible light and absolute loyalty is the litmus test of the faithful. A bland, homogeneous, lowest-common denominator pseudo-culture is the result of forcing culture into the idiom of war.

3. Furthermore, “culture war” suggests two or more competing cultures. But this doesn’t quite get matters right, for if there is a war it is between the beleaguered forces of culture and the aggressive forces of anti-culture. Of course, “culture” is a notoriously difficult concept to define, but it is nonetheless true that the recent main-streaming of thuggery in some forms of music, dress and speech represents not a culture but something that seeks to destroy culture. Today significant groups in our society despise liberal education. They are anti-nomian and take a perverse delight in offending standards of decency, courtesy, and basic good manners. There are many who seek to overturn the basic structures upon which our civilization was built. This does not represent the rise of an alternative culture but a rabidly vicious anti-culture that offers nothing but the occasional vague platitudes about freedom and equality as an alternative.

Culture war suggests a battle to the death. But the metaphor is wrong and therefore fosters poor thinking. A culture is not something with which to do battle, either as an offensive weapon or an object of attack. A culture is a living thing, an inheritance, passed on from generation to generation. It is preserved by loving care not militant brow-beating. It cannot survive as a merely negative opposition to something perceived as its opposite. It is a creative, developing expression of a people’s view of the world that reaches ultimately to the highest things: to the good, the true, and the beautiful. To weaponize culture is, therefore, to destroy the very thing for which the battle is ostensibly waged.

The task before those who would preserve culture is one of creation. It is to build, to steward, and to show by example the possibilities for living well. Of course, as with the poor, the enemies of culture will always be with us. However, they cannot be defeated by tactics of their own choosing. The tactics of culture are persuasive, they are rooted in practices born of love, commitment, and hard work. There is much to be done.

Back There Where the Past Was