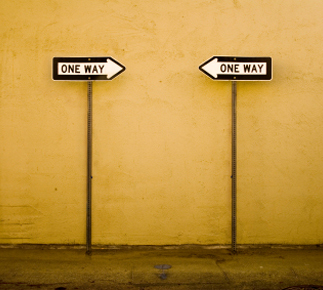 The word “culture” readily falls from our lips, but what appears on first glance to be a clear-cut notion becomes much more complex as soon as we attempt to define it. “Culture” is employed in a variety of ways and contexts. We hear of “American culture” and under that rubric include everything from baseball to NASCAR, from hamburgers to marshmallows, from Hollywood to Broadway, from rock-n-roll to country. Does that litany help us better understand American culture or merely induce more confusion? We speak of “pop-culture” and Lady Gaga and Batman might come to mind. Upon reflection we muse that “popular culture” must somehow be different from “high-culture” which suggests snooty people who claim to enjoy music and films that few understand. Rarely do we hear of “folk-culture” which brings forth images of homespun clothes, homemade music on the porch, and jokes only the locals understand. In our day, pop-culture reigns. We hear of “consumer culture” and the tone suggests it is frowned upon by the speaker. We see heads sadly shaking as the “the decline of culture” is discussed, and as “cultural indicators” are pored over we hear of “culture wars” and conclude that much must be at stake in a conflict between at least two competing cultures.

But with all that, the definition of “culture” still eludes us. Perhaps we can mine the word, itself, for meaning. When we speak of “agri-culture” we are speaking of the practice, indeed, the art of growing things. When we “cultivate” something we carefully tend to its growth and health. It seems that one aspect of “culture” is the wise oversight of healthy growth: “human effort and artifacts to encourage flourishing” might be one succinct way of putting it.

Yet, hidden within the word “culture” is the word “cult” which is the abbreviated form of the Latin “cultus” which means “religion.” It would seem that buried in the accretion of memory and language is a connection between the cult and the culture, between culture and religion. If this is the case, the notion of a “secular culture” appears, at least on its face, to be an oxymoron, like a non-citrus lemon or a non-feline cat.

However, what exactly is it about religion that ties it so closely to culture and perhaps makes it an integral component of it? One facet of religion is its attention to those things that cannot be seen. Religion speaks of the reality of God and His doings with the world of men. But, more precisely, religion speaks of a transcendent realm that includes obligations pertaining to human action. These obligations exist prior to any human will, which is to say, we are obligated to an order we did not create or even consent to. There are limits that exist and to which we are obligated by the very nature of things. To live well as a human being is to respect those limits that we know intuitively, that are taught by religion, and that are manifested in the particularities of culture.

At its heart, a culture is a complex articulation of limits. To inhabit a culture is to inhabit a social structure that both forbids and enjoins. A culture creates the outline of the permissible actions available to us. It gives us the resources to make sense of the complex array of information that we encounter every day and provides the cues that make meaningful action possible. A culture provides a context for the multifarious aspects of our lives; it is the tapestry into which our own stories are woven and by which they are given meaning.

But here we encounter the first rumors of a problem, for it is an underlying assumption of liberalism that limits are an offense that can and should be overthrown. Liberalism, in its pure form, is a doctrine that asserts the liberation of the individual. It asserts that autonomous individuals are (or should be) free to act however they please as long the rights of other autonomous individuals are not violated (and even the existence of equal and reciprocal rights becomes problematic if the issue is pushed). For the liberal, all obligations are rooted in consent, which means that all obligations are a consequent of human will. There are, therefore, no obligations antecedent to our choosing them. There are no limits imposed by nature or by the divine that constrain or direct my actions. Or if such limits exist, they only matter if I agree to submit to them.

The problem is obvious: Liberalism denies limits. Culture is, at its heart, a complex array of limits, both positive and negative. Thus, a liberal culture is a contradiction in terms. Pure liberalism is simply incompatible with a coherent culture. Liberalism seeks to erode and overturn all limits while a coherent culture continually affirms and reinforces the outlines that both limit and direct action. Liberalism is, then, inherently anti-culture, and to embrace liberalism in its pure form is to actively undermine one’s culture.

It is at this point we need to ask if the liberal project—which is one of the major strands of the American Founding and subsequent history of our country—can somehow be made compatible with culture, for if this is not possible, then eventually one must give way to the other: either culture (with its unavoidably religious elements) triumphs and liberalism fades away or liberalism plants the flag of victory upon the hoary corpse of culture.

This discussion implies that the so-called culture wars are a misnomer, for the term implies a struggle between two competing cultures, but a more accurate description points to a struggle by the forces of anti-culture to wrest free from the limits imposed by culture. We must never forget, however, that the tools of culture are fundamentally different than the weapons of anti-culture. The tools of culture are creative and preservative and are rooted in a sense of reverence and gratitude. They are tools of cultivation. The weapons of anti-culture are aggressive and antinomian and are rooted in resentment and ingratitude. They are the weapons of destruction. To wage a war to preserve culture on terms set by the forces of anti-culture would be to jeopardize the stability and the integrity of the culture itself. The pervasive use of the language of “culture war” suggests that the forces of anti-culture have won a significant tactical victory. Defenders of culture, while resisting the aggressive attacks by those who seek to deny all limits, must make the creative cultivation of culture their first priority. A culture, if it is to remain healthy—if it is to survive over the long haul—must be revitalized by each generation.