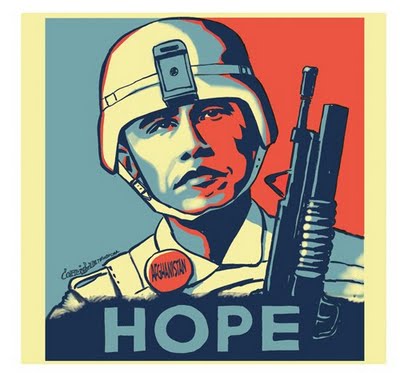 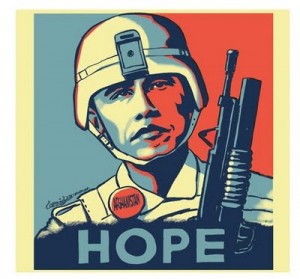 On Inauguration Day 2009 various organizations at my college held a celebration to mark the inauguration of America’s first African-American president. Large TV screens were set up around the room, and a panel convened to discuss the significance of the day and assess what it meant for American democracy.

I was invited to be on this panel, even though anyone who knows anything about me would know that I approached this presidency with serious concerns. Still, I was determined not to ruin anyone’s party, and figured that at the very least the President-elect should be given the chance to  prove my worries unfounded. So I made note of the things I hoped he might come through on, and affirmed the symbolic significance of Obama’s election.

All went well until the question was put before the panel: “What makes you so excited about today’s events?” Not an easy question for me to answer, especially since I never get excited about the outcomes of elections. But I figured I could throw off some boilerplate about the smooth transition of power, about the general fairness of American elections, and what it all suggested about a democratic culture.

And I would have responded that way, had not a colleague answering just before me answered that question by waxing on how Obama was going to build bridges (metaphorical, not actual ones), about how he was going to bind up the nation’s wounds, heal its divisions, help us overcome our differences, and usher in a new era of unity and shared purpose. (It should go without saying the colleague in question taught sociology.)

This was too much. I can’t recall the exact term I used in my response, but it could have been “looney.” The divisions in America were real, I suggested, and the disagreements deep and of great significance. One person was not going to come along and, for example, bring the abortion controversy to an end. Frankly, I was thankful that one person couldn’t come along and do that. Furthermore, though convinced that Obama had run a campaign wherein he simply became a canvas upon which voters could project their wishes, I remained equally convinced that he was no mere cipher, and would likely use the office to take sides on the debates pulling the country apart, and thus deepen our divisions rather than ameliorate them. My colleague’s optimism struck me as naive at best, but really quite foolish. I recommended we reconvene the panel in two years to see how well his prediction held up. I should have put money on it.

Setting aside the controversies concerning the economy, the early days of the Obama presidency proved that he would be a cheerful culture warrior. On his third day in office he lifted the ban on funding for foreign organizations that provide abortions. He gutted the White House Office for Faith-based Initiatives. In early March he overturned the Bush restrictions on the use of federal funds for embryonic stem-cell research. He has subsequently taken sides, at times coercively so, on issues such as gay marriage, contraceptive coverage, the restriction of religious liberty, and the passage of a massive health care plan loaded with benefits for some and costs for others and all sorts of hidden mandates with moral dimensions.

It’s as difficult to get a feel for the inner workings of a campaign as it is to the inner workings of the mind of another person, especially one as apparently aloof as Obama. It’s as easy to project malice into him as it is hope and change – and in any event one should resist the urge to state with certainty one has divined another’s intentions. Still, he can be judged by his fruits, and on this score there is little doubt but that his actions have aligned with one slice of the American electorate and alienated another.

Given what we know about electoral politics, and given what I regard to be Obama’s one defining characteristic – his ambition – there is reason to assume that his positions on these issues result not only from conviction but also from electoral calculation. Not that the two exclude one another. His supposedly shifting position on gay marriage, for example, likely results as much from conviction as from weighing the electoral advantages. When running for the Illinois State Senate (from a liberal riding) in 1996, Obama came out in favor of legalizing gay marriage. Even in his interview with Rick Warren in 2008, when he took a more “traditional” stand, he emphasized his support of civil unions, in no small part because he likely believed that was all he thought he could get. It does, however, throw his definition as “the union between one man and one woman” under Warren’s questioning in a rather bad light.

Still, it seems likely to me that Obama does have some core convictions on moral issues, particularly abortion, and also believes that his views are representative of the majority of “rational voters,” and thus a sound electoral strategy. Back in February, William Galston, an intelligent analyst of American politics, noted that Obama would likely embrace culture war issues in his campaign. Such an approach would have the salutary effect of distracting attention from the economy as well as “reflect election-year imperatives of base mobilization, especially unions and pro-choice groups.” Galston further observed that while Catholics may in the abstract recoil against the contraceptive mandate, given that most don’t follow the church’s teaching anyway Obama could risk blowback with impunity while still indulging his base. Galston presents Obama’s contraceptive strategy as perhaps principled, but definitely calculated.

The New Republic recently reported in more detail how Obama has embraced the culture wars as an electoral strategy, the key to the strategy being the fact that non-white voters are so soundly in Obama’s corner that he need not worry about alienating them when he takes positions contrary to their general social conservatism. For example, according to the article, more African-Americans identify themselves as conservatives than liberal, but they still vote for the Democrat at a rate of about 94%. The “culture war calculus,” the author argues, thus favors the Democrats.

Maybe so, and maybe in the short run, given long-range demographic patterns. But it’s a far cry from the candidate who ran in 2008 as somehow above the fray. I didn’t buy it then, and I’m not surprised by it now. Obama obviously can’t run the same campaign he ran back then, but such cynical exploitation of so-called “culture war” issues does nothing to improve the political rhetoric of our already put-upon republic, nor does it diminish in any way the dangers attendant to such a way of thinking about political life. Nor does it advance the cause of reason, for the culture war analysis levels out the various viewpoints, treating them as if they were nothing more than personal preferences – even if they need to shroud themselves in more legitimating language.

Mark Mitchell has recently written on reasons to be skeptical of the “war” metaphor when applied to culture. Indeed, it makes the stakes awfully high. But the language emerges in a situation where neither side see the possibility of compromise, and thus there can only be one winner. The competing sides on the abortion issue are as unlikely to reach a workable solution as were those on slavery, an issue that was more or less settled by an actual war. One fears that these difficult disagreements can be solved only by force. Perhaps that’s what the Obama administration understood with its contraceptive mandate.

But if we are indeed in the midst of a culture war, and such a war results in actual widespread violence (a possibility I honestly can’t discount, although this time it would be more Spanish Civil War than American), such a result must be interpreted as a failure of reason, not merely of politics. Alasdair MacIntyre may be thought of as an intellectual progenitor of the Porch, but his emphasis on the incommensurability of moral systems may itself reflect an anti-philosophical attitude. Philosophy proper believes that behind every view of the world lies … world. This provides an objective standard of intelligibility and universality that resolves disagreements, so long as all parties operate with the proper commitments. Thus Mitchell appropriately noted that the culture war is not internicene, but between those who defend culture and those who attack it.

The emphasis on reason also recognizes its own limits. There are some disagreements where reason itself is at stake, and there are lots of shrouded areas in the realm of policy with its relative goods where practical wisdom takes over. But practical wisdom must relate itself back coherently to first principles, and a politics which is certain about policy but agnostic about first principles will never fulfill the demands of justice. The stresses on our political system won’t be lessened by the calculative power grabs of the candidates of either party, but will require patient and thorough deliberation, artful persuasion, and continued attentiveness to the cultivation of the sorts of persons who are open to reason.