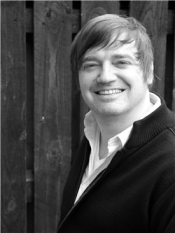 Irving, TX. It has been sometime since I have called myself a “conservative.” It is not that any of my opinions have changed, but rather that conservatism forgot just what is was trying to conserve. Increasingly, it became, under Reagan and the Bushes, “neo-conservatism,” and with that philosophy I have only two quarrels: it isn’t new and it isn’t conservative. Or rather, what is “new” about it is the attempt to pass off Enlightenment Liberalism as something worth conserving. As one of neo-conservatism’s founders, Michael Novak, noted, “neo-liberalism” would be a more apt description.

In practice, neo-conservatism was little more than state-supported, monopolistic capitalism with a veneer of “family values” rhetoric. Never mind that the position of the family actually deteriorated in the last 30 years, both culturally and economically. It wasn’t necessary to actually deliver on any promises to the family, since the Democratic alternative of support for abortion and homosexual “marriage” ruled out that path. The end result of such “conservatism” was bloated government complete with debts we cannot pay, obligations we cannot meet, wars we cannot win, and an economy that cannot work.

One had to be even more skeptical of the conservatives when they got “compassionate.” The single program initiative of this “compassion” was the further expansion of the Department of Education, which is a department in search of a job. The job it choose for itself was to impose unfunded mandates on the states under the rubric of “no child left behind.” The department grew with its mandates, even as actual education shrank.

Therefore, I can be excused if I was somewhat skeptical when hearing of the “progressive conservatives” of England. The name sounded a little bit too much like “compassionate conservatism,” just another attempt to dress up a shabby liberalism in the borrowed finery of the conservatives. Further, the English situation struck me as even worse then the American one, with Thatcherism even more destructive of true conservatism than was Reaganism.

But a few weeks ago in Nottingham I got to meet Phillip Blond, one of the “Red Tories” and a founder of the progressive conservative movement. His address was actually about Distributism, and it was backed up with facts and figures in a way that most Distributist presentations aren’t, alas. Perhaps I was wrong, and there was more to the Progressives than a little political cross-dressing. Upon returning to the States, I looked up his speech that is considered a founding document of this movement, The Civic State. What I found is one of the most remarkable short political speeches that I have read in decades.

[E]nsures a permanent ascendancy of the middle class over the working class and creates an antagonistic feudal structure—where any genuine extension of power and ownership to the poor is resisted by the liberal middle classes who fear mostly for their own status and their sole assumed inherited right to social mobility. (Just look at British schooling)

Blond argues that modern conservatism should reject both alternatives (which turn out to be the same) and replace the market state and the welfare state with the Civic State, which:

[A]ims to blend the benefits of welfare and the market mechanism not by favouring one or the other, but by exceeding both. The Conservative’s new civic settlement privileges the associative above the alienated, the responsible over the self-serving and (yes I know this is shocking) the communal over the individual.

This civic state has three main tasks in the current crises: The re-moralization of the markets, the re-localization of the economy, and the re-capitalization of the poor. As the the first, it is a timely project since it is the major theme of Pope Benedict’s Caritas in Veritate. Both men call for markets which serve the public good rather than just private interests. As Blond puts it, the market must have a purpose:

For Conservatives it must be the extension of wealth, assets and the benefits of ecological and social well being to all. Freedom from the monopoly dominance of state bureaucracy and market power would allow independence for the formation of community and autonomy and a rebalancing of the demands of work, family and childcare.

As for re-localization of the economy, Blond notes that the Blair/Brown worship of monopolies “produced the paradox of competition without competitors,” favoring the big-box stores over local production and retailing. Blond (incorrectly, I believe) attributes this dominance to “economies” of scale, when in fact it is attributable to government subsidies. The Wal-Mart distribution model, for example, would collapse if their were weight/distance tolls on the so-called “freeways.” But in any case, it is true, as Blond says, that,

Small and medium businesses are how millions of ordinary people own and secure the wealth for themselves and their families. The present market dispossess them and re-categorizes them as permanent members of the low-waged shop serving, rather than shop owning, class.

Of all the tasks, the re-capitalization of the poor is the most pressing from the distributist point of view. Blond notes that in England in 1976, the bottom half of the population owned just 12% of the nation’s liquid wealth, but by 2003 that number had dropped to just 1%. In the same period, the share enjoyed by the top 10% rose from 51% to 71%. Clearly, the bottom half of the population has been dispossessed even of the share it had. In the same period, the median wage has flat-lined. Such concentration of wealth is not only inconsistent with a free-market economy, it is economically unsustainable. Markets depend (for those who have not forgotten economics 101) on a broad base of solvent consumers and a wide distribution of productive capacity.

Blond concludes by noting that this conservatism “represents a deep and profound critique of the pre-existing extremes and a restoration of something close to the real heart of Britain: an organic conservatism that cares for all.”

I cannot see any “red” in Red Toryism, and much that is true conservatism. It remains to be seen whether such a conservatism gains any traction with the Tories. David Cameron, the party leader, has endorsed the movement, more or less. But “party leader” is an amazingly pliable profession; we will have to see how it all plays out. Nevertheless, if there is any chance of this program regaining control of the conservative movement, then it may be safe to call oneself a conservative again.