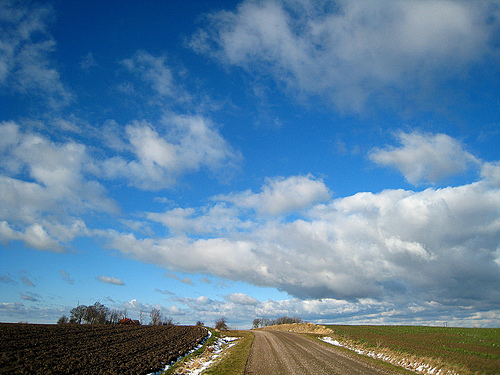 Claremont, CA. I spoke last week at the New Jersey Governor’s School for Public Issues, a (mostly) state-funded summer program for civic-minded students about to enter their senior year in high school. I went to the Governor’s School when I was in high school, and I taught there for six years during graduate school. It is a program that lies close to my heart, a program that has altered the lives of many people – and a program that has been eviscerated by state budget cuts during the last five years.

In any case, part of the fun of speaking at the New Jersey Governor’s School is that the students who attend it really want to hear things that are true, especially things that are true about the lives they are likely to lead. Here is an excerpt from my attempt to speak truth to teenagers:

It’s not news to you to say that Americans tend to define “success” for 18-year-olds in terms of leaving your childhood home and going off to make a home somewhere else. The nation’s elite colleges are almost all residential colleges – meaning that if you go to one, you have to leave life with your family behind. Many of you will do just that next year.

It’s now the case that only about 50 percent of Americans live within 50 miles of the place where they were born. That statistic is even smaller for people who have gone to college – meaning that most of you in this room will live most of your lives far away from this place, and outside this state. This may be welcome news for some of you, who would like to put the maximum number of miles possible between you and your family, or you and your high school, or you and particular people in your high school. I understand.

And given the society in which we live, this is inevitable. But to be a good citizen you must recognize that the physical break, that break from home, from one place to another, does not also signify a total break with your past. It does not divest you of your debts. Say to yourself what that soon-to-be-aired show on Lifetime TV says to “deadbeat dads”: Just because you’ve skipped town doesn’t mean you don’t still owe.

Now, that doesn’t mean that when you graduate, I think you should return to New Jersey. That may be impossible, or for all sorts of reasons it may be undesirable. (Being able to move around is part of what makes you free; the freedom of movement, as the philosopher Hannah Arendt once said, may be our most evident freedom.) But it does mean that you will have to work hard to remember – in a culture where sometimes it seems like everything conspires to make you forget this – that you are not in this alone.

“You are not in this alone.” When I put it that way, it sounds nice, like the stuff of motivational speeches or that awful song in The Sound of Music: “You’ll Never Walk Alone.” Cue swelling orchestra.

But another way to say “you are not in this alone” is to say: “You’ve got to realize that you depend on other people for pretty much everything.” That doesn’t sound so nice, does it? It sounds like a burden, and it is a burden. But it is the great political burden of democratic life, of democratic citizenship, the equal burden on which this whole thing depends.

Throughout the Harry Potter series, we see that as individuals, human beings are incomplete – no matter how many magical powers we have. As individuals, Ron and Harry and Hermione each remain incomplete in some way; their faults get in the way of their strengths from time to time. Ron is whiny; Harry is impulsive; Hermione is self-righteous.

But through their friendship, the three are able overcome their individual weaknesses to a certain extent – and it is clear throughout the series that all three have to work together, and rely on many others, to defeat Lord Voldemort. None – not even Harry – could do it alone. Even their headmaster, Albus Dumbledore is an imperfect and incomplete being, requiring others to help him realize not only a better society, but also his better self. What makes Dumbledore so great is that he recognizes his own human incompletion – and so, even though he is a “leader,” he entrusts much of the heavy lifting to others (even those who, in terms of conventional status, are his inferiors).

A really talented political scientist once recently confided to me that when he’s got a problem situation in the classroom, he asks himself: “What Would Dumbledore Do?”

Well, Dumbledore teaches that the quality of our public life – depends on love and sacrifice, which are the virtues of people who understand that they are part of something bigger than themselves.  Love and the willingness to sacrifice depend on your ability to see your own life not as the whole – as the be-all and end-all of things – but as a part of a greater whole, and actually more noble for being that little part of something big.

When Rick says to Ilsa in Casablana – the best political movie in American history, incidentally – that it doesn’t take much to realize that the problems of three little people don’t amount to a hill of beans in this crazy world of ours, that’s pretty much what he’s getting at. (By the way, seeing Casablanca is one of those things you really should do, if you haven’t. It will add immediately to your cultural caché.)

The great danger of modern democratic life is that the terms of our lives – where we are compelled to move around so much and pursue so many things as individuals – make it really easy to lose that perspective on things.

But you don’t have to lose that perspective. One great democratic truth is that the virtues of love and sacrifice are available to all of us, all the time, and in equal measure.

Just as modern democracy always threatens its own undoing, it always contains the possibility for its own rejuvenation. But that possibility of rejuvenation requires what I might call a countercultural sensibility: the willingness and attempt to value the things home symbolizes, in a culture which suggests that home is something you always leave behind.

What the Fork; Or, Why You Should Not Eat the Person...