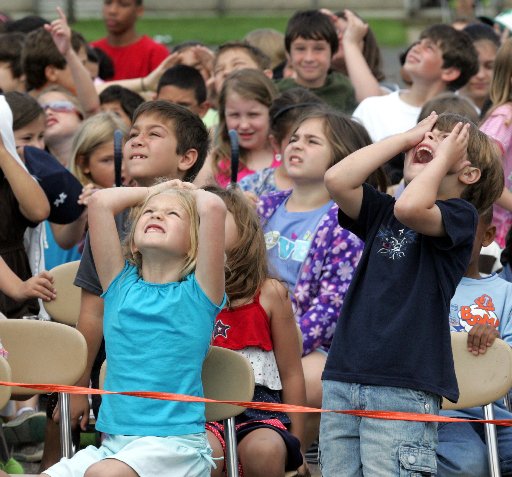 Mine, however, seems to be the minority view among many contemporary conservatives, who have noted the occasion of the 40th anniversary of the moon landing with calls for a new Great Project:  the journey to Mars.  Prominent among them have been Jody Bottum, who has argued that the natural human impulse to have a Great Project – having been thwarted from returning to space all these years – has instead been redirected toward the new Great Project of remaking the human creature through biotechnology.

Tom Wolfe – conservative America’s consensus favorite novelist – published an essay marking the 40th anniversary of the moon landing in which he called for a renewal of the space program’s earlier ambitions to land a man on Mars and beyond.  He recalls a statement of Wernher von Braun, apparently not written down, in which the very apparent emptiness of space is the justification for our moving heavenward:

It’s been a long time, but I remember him saying something like this: Here on Earth we live on a planet that is in orbit around the Sun. The Sun itself is a star that is on fire and will someday burn up, leaving our solar system uninhabitable. Therefore we must build a bridge to the stars, because as far as we know, we are the only sentient creatures in the entire universe. When do we start building that bridge to the stars? We begin as soon as we are able, and this is that time. We must not fail in this obligation we have to keep alive the only meaningful life we know of.

And, more recently still, at Image magazine’s blog, one author argues that a mission to Mars will affirm what is truly human about us, and quotes scripture to prove it:

The drive that propelled us to the moon and would propel us to Mars is the same drive behind art and mysticism and the Everest climbers and the Pyramid builders. It is a spiritual drive that is as proper to humanity as its own flesh.

When the Psalmist makes this prayer, he points out a central truth to exploration: the more we know of the universe, the more we learn to appreciate the uniqueness of the human person:

When I consider thy heavens, the work of thy fingers, the moon and the stars, which thou hast ordained; What is man, that thou art mindful of him?

This remarkable consensus (even “conservative” consensus) – that we must go to space to be or remain truly human – to my mind represents in crystalline perfection the problem of the Great Project:  it is a masterful, and enormously profligate, distraction from the difficult fact that we have too often failed at making a good home on the earth, and are strenuously devoted to any effort to divert ourselves from the necessary effort to achieve that homely but elusive feat.   Incapable of even being “stickers” on the planet we are blessed to inhabit – that, in its creation, was declared to be “good” – we become the ultimate “boomers,” transients without a home in the universe, without a place that we are insuffiently capable of generating enough loyalty to care about.  What commendations of this Great Project intend to achieve is a kind of collective enthusiasm of otherwise indifferent and fractured individuals who are incapable of forging a human communitythat lives well and responsibly in a place together.

We have seen this story before – let me quote it:

Now the whole earth had one language and the same words. 2And as they migrated from the east, they came upon a plain in the land of Shinar and settled there. 3And they said to one another, ‘Come, let us make bricks, and burn them thoroughly.’ And they had brick for stone, and bitumen for mortar. 4Then they said, ‘Come, let us build ourselves a city, and a tower with its top in the heavens, and let us make a name for ourselves; otherwise we shall be scattered abroad upon the face of the whole earth.’ 5The Lord came down to see the city and the tower, which mortals had built. 6And the Lord said, ‘Look, they are one people, and they have all one language; and this is only the beginning of what they will do; nothing that they propose to do will now be impossible for them. 7Come, let us go down, and confuse their language there, so that they will not understand one another’s speech.’8So the Lord scattered them abroad from there over the face of all the earth, and they left off building the city. 9Therefore it was called Babel, because there the Lord confused the language of all the earth; and from there the Lord scattered them abroad over the face of all the earth.

What I have always found remarkable about this Biblical passage at Genesis 11 is that the people of Shinar decide to build a tower lest “we be scattered abroad upon the face of the whole earth.”  While many readers of this passage assume that God’s punishment leads to their scattering, we are told that they are aware that already they have in the most important ways ceased to speak the same language, and that they are incapable of staying together as a community.  To hold them together, they elect to embark on a Great Project that – to achieve that goal – must be so great to assail the gates of Heaven itself.  They have ceased to be able to live as a human community, and instead seek its ersatz replacement by means of a group project, a distraction from the centrifigul trajectory of their anomie.

I take issue with every one of the above reasons offered for a mission to Mars.  Contra Jody, the urge to refashion the human creature through biotechnology is not due to the absence of the distraction of space travel, but is born of the same impulse:  our inability to accept our condition as created human creatures on this earth created for us.  Indeed, it has been argued by many fans of both space travel and biotechnology that any eventual efforts to colonize space will require forms of genetic “splicing” from other species that can survive extraordinary conditions of space (see, for example, Princeton’s Lee Silver’s book Remaking Eden).  Such a fundamental alteration of the human genetic code for the purpose of living beyond earth complicates Peter Lawler’s customarily sanguine claims that wherever we happen to live,  “it won’t change fundamentally who we are.”  Maybe, except for our our silicon skin or carbon-breathing gills, not to mention Freeman Dyson’s musings that eventually we’ll just be sentient floating clouds.  If one can really say “we.”

Apparent evidence of an empty universe is not justification to travel and colonize elsewhere, but remarkable justification of the uniqueness of our planetary situation and all the more reason to live well on this place for the billions of years that remain (for the planet, if not for us, given our current course).  Frankly, I find Tom Wolfe’s endorsement of von Braun’s justification of space travel due to humanity’s being “the only sentient creatures in the entire universe” to be a tad too atheist and heretical – as if all meaning would be extinguished without humanity to appreciate the created universe.

Finally, our humanity is not affirmed by our strenuous efforts to be elsewhere.  This last argument is really the topper – in order to love other humans, we have to leave earth.  Here we have, nearly word for word, the same argument put forth by the men of Shinar for building the tower to heaven.  How little we have learned over so many millenia.  But even somewhat attentive students should have learned by now that what makes us and will keep us human is and will be our capacity to forge a life together in human communities.  This has and will continue to prove to be a far more difficult task than landing a man on Mars.   That particular Great Project is simply another iteration of many others like it that seek to distract us from our inability to live well on our planet.  It proposes that we become the creatures that invade earth in the film “Independence Day” – scavengers who have decimated their own planet and roam the heavens in search of new inputs of raw materials.  We are destined to be creatures lost in the cosmos incapable of governing our appetites until the last star collapses on itself.

I close with a better set of thoughts on this matter from the pen of Wendell Berry.  In response to the common refrain that “if we can put a man on the moon, we can certainly do X,” he has written that this sentiment “construes the flight to the moon as an historic event of a complete and coherent significance, when in fact it is a fragmentary event of very uncertain significance.  Americans have gone to the moon as they came to the frontiers of the New World: with their minds very much upon getting there, very little upon what might be involved in staying there.  I mean that, because our history of waste and destruction here,  we have no assurance that we can survive in America, much less on the moon [or Mars].  And until we can bring into balance the processes of growth and decay, the white man’s settlement on this continent will remain an incomplete event.”

Ordered for Fruitfulness: An Interview with Michael LeFebvre