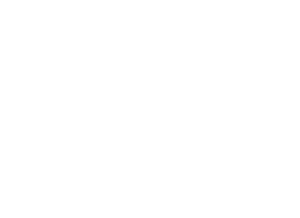 “Pray for the foothills,/goatherds and windmills/and satellite dishes” – Mark Heard

Cincinnati, OH. A comment on my recent post on Hopi hospitality referred to “…satellite dishes on the stone and cinderblock houses on the mesas, as well as on the trailers and HUD houses below,” suggesting that this is “where the fragmentation of the coming generations comes from, along with the shift from a subsistence agriculture to a job-and-purchased-food economy.” True, all true. The Hopi are neither so noble nor so isolated to resist, over time, the enchantments of Mammon.

Adam K. Webb elegantly renders the complexities of this subject on a recent Front Porch Republic post. Electricity, through the disembodied connectedness it affords, weaves the legitimate desires of the rural poor into the artificial membranes of what is still called “globalism,” a terribly imprecise euphemism for the juggernaut of colonialism, version 2.2.

Mr. Webb and his essay have some interesting predecessors. The late Native American author, Vine Deloria, Jr., was an angry man with a long list of grievances. In his dissection of white-Indian relations, he wrote and said some outrageous things and quite a few wise ones. He, too, pondered the corrosive effect of roads and electricity, the former eliminating the mixed blessings of difficult travel, the latter permitting radio, television, videos and later the Internet to deliver stories that transmit a particular sort of culture. With electric power, Deloria understood, Indian families were less likely to gather after a day’s labor to share news and tell old tales. Instead, they tuned into broadcasted distractions, absorbing things at once alluring, powerful and alienating; learning to desire other ends than the common wealth.

When I arrived on the Navajo Reservation in the late 1980s, the children who were my patients knew more about Teenage Mutant Ninja Turtles than the Hero Twins or Spider Woman. At the same time, Lower Moencopi (the more traditional part of the Hopi village across the highway from Tuba City, Arizona) was still without electrical power and indoor plumbing, having chosen to remain so years after the upper village “modernized.”

Not everyone in the lower village saw this as a virtue. Many residents ran lights, radios, TVs and video players using power from hydrocarbon-fueled generators, but noise, balky equipment and cost limited the practice. To negotiate the dirt road between the adobe or cinderblock houses of Lower Moencopi before dawn on a winter morning was to enter another century. Lightly–frosted windows revealed flickering interior light, the heavy spice of pinyon smoke layered roofs, and bundled, slow-moving shapes flashed into bold relief when passing an outdoor fire. Only the parked pickup trucks destroyed the illusion of time travel.

In my mind, Lower Moencopi is still that way. Current reality is rather different. Power lines now web from poles into many homes, where electric lights, ceiling fans and radios run constantly. Our old babysitter’s house, at the lowest part of the pueblo, remains beyond the grid’s reach, but sports solar panels. Water still comes from outdoor pumps and outhouses line the lower edge of town, but there’s talk of that changing, too.

What can a pahana learn from sporadic return visits to a place still dear to him? Not much of lasting value, I suppose, but I’ll attempt to render what I saw and heard recently in the lower village, as it absorbs changes it so long resisted.

Sharon (hers and all subsequent names have been altered here) lives with her elderly mother in a two-room house. Her children are gone. Some of the boys now live near their wives’ family, in keeping with Hopi practice, but others have moved out and on. There’s little economic incentive to remain in the village. Of the young adults who stay, only a few find work.

Sharon’s mother can’t walk on her own, and spends much of the day watching television while Sharon, who quit her wage job to care for her mother, tends to the house and runs errands. The piki house overlooking the fields has become a storage shed. Sharon says making piki is too much trouble and leaves that to others. Her mother calls her lazy, which Sharon concedes may be right.

I do my best to fix her roof, replacing torn or missing shingle over a flimsy, decaying wood base. I told Sharon a much larger job of replacement lies ahead, more than I have time or skill for. She hopes her cousin, who works in a roofing business of the Reservation, may be able to do it. When he’ll pass through, she has no idea.

Sharon won’t let me get away without lunch. She, her mother and I sit down at the kitchen table to eat sandwiches, tortilla chips and fruit, all bought from the grocery store in Tuba City. We talk of Sharon’s old job at the hospital, and how the loss of that income affects her. “Things are tight,” she says, “but we get by.”

One of Sharon’s relatives drops by, a tall man with Anglo features whose speech is louder and coarser than most Hopis. He’s come to plant Sharon’s corn, since her sons live far away. Two boys from my group go with him. Later, they tell me he worked them hard, accomplishing in two hours what he usually does in thirty minutes.

A few houses over, Wilmon’s sons are sitting down to eat chicken, taking a break from planting their father’s fields. Wilmon, a WWII Navy vet, asks if we can do some weeding near his house. His sons joke that we could come down and help them plant, though we all know we’d only slow them down.

Wilmon spends his morning with the TV on and rides the senior van for lunch at the Hopi Senior Center. I could talk to Wilmon all day; his self-effacing humor and droll jokes are Hopi through and through. While two of us are hoeing near his woodpile, he teeters over, leaning on his cane, to share a favorite song from his Navy days, “Carry Me Back to Old Virginny.” He sings all of it, every last racially fraught word, in a soft, steady voice.

When his sons aren’t around, Wilmon sometimes sits on a chair in front of his house, looking terribly lonely, waiting for something – anything – to happen. At lunchtime, when he’s at the Senior Center, we’re still hacking at the forest of weeds and windblown trash out back. A young woman ascends the footpath and stops to thank us for looking after her distant relative. Two men pause to watch pahanas at work and tell jokes on one another.

Down the hill where Walter lives (I can’t rightly call it Walter’s house, since Hopi property passes exclusively through the female line, and it’s unclear which of his daughters became titular owner when their mother passed away.), his grown sons are busy with an ambitious house addition. The walls are up; lumber is sawn and fitted. Country music is on the radio.

I can’t recall seeing all of them in one place before. They haven’t made a practice of stability. Among them there have been problems with alcohol, prison terms and violence. Their sisters, in contrast, have careers in education. One has a PhD. It’s too common a story to ignore: girls grow up to work in service professions, boys to a patchwork of manual jobs, punctuated by episodes of social chaos. I don’t know how much of this has to do with the conflicting messages of Hopi and what-passes-for-Anglo culture, the latter mediated electronically and through soul-killing experiences off the Rez.

Leaving the village by the back way, between the spring and upper cornfields, it’s not long before discarded cans and broken beer bottles sprout along the road. Corn may still be life to the Hopi, but many, especially younger generations, embrace store-bought food, commodity cheese, lard, pork rinds and beer. Obesity is epidemic. Gangs operate on the Rez. Groups of adolescents cultivate a goth look. It takes serious effort for them to appear pale and disaffected in their metal-studded black. Not too long ago, a nearby house burst into flames. Tribal police closed off the site when remains of a meth lab were discovered among the embers.

It’s hard to imagine how much Hopi hospitality will survive the ongoing cultural assault, but I see one way it might. That weekend, the upper village has a Corn Dance, a celebration near the end of the katsina dance cycle.

Out of respect for the Hopi and their traditions, I won’t share details of the religious ceremony. What I can say is this: it’s a festival uniting the planting of fields with the life of the community. Before the dance, pickup trucks and vans line the parking area near the plaza. Booths sell food and crafts, but most of the assembled viewers already have food in their homes, to be shared during breaks in the dance. As I walk toward the plaza, I receive several invitations from Hopis I barely knew to join their families for a meal. Since this is the upper village, it’s likely some of those houses have folks in them, even as the dances are underway, watching television or playing video games. That said, there are still quite a few people – including Wilmon from the lower village – devoting hours from their day to participate.

During a pause in one of the dances, the katsinam pick up baskets of gifts and food, distributing them through the crowd. Those who come my way make a point of wordlessly passing food to me and other Anglos. We well-traveled gawkers – so materially wealthy, so unsettled from the land – are recipients of Hopi hospitality again, a tacit lesson in a theology of abundance rather than of scarcity.

I might have said “economy” of abundance, but that word was raped long ago of meanings at once homely and expansive, reduced to a truly dismal science of monetary exchange, taking even as it gives, holding me in willing thrall. “Theology” seems right, for a serious and particular consideration of land, food and community inevitably enters religion’s realm. (I say this as a practitioner of the applied science of medicine, a profession that lately has precious little to profess. Such are the fortunes of any discipline applying promethean means toward abstract, sentimental ends.)

Any durable resistance to the centrifugal effects of modernity’s mixed blessings (I write this text on a laptop computer, so I truly mean “mixed blessings”), will necessarily, I think, build on religious wisdom. Perhaps that’s why modernity is so hostile to religion, the stone the Philosophes rejected. My own tradition, Christianity, has been complicit in the cultural destruction I’m now asking it to resist. It also possesses, I’m confident, the deep resources necessary to chasten itself.

Perhaps much that remains of Christendom – West and East – has yet to burn away before it can do this. (It may even be that Christians south of the Tropic of Cancer or those in the abandoned places of global capital’s vast empire will, wonder of wonders, lead the way. Or not. I don’t know.) But Hopis – some of them at least – silently encourage me to be a better, chastened Christian. It’s an unexpected grace, arriving by most curious means. It’s a gift I’m honored to receive.

Hospitality and the Hopis: Piki

The Culture of Hospitality

On the Beat in the City of Hospitality