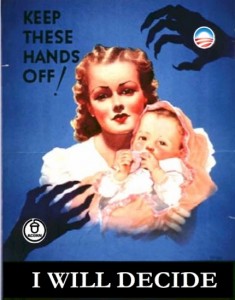 One of the more interesting “advertisers” on A Prairie Home Companion is the “Fear-Monger’s Shop,” catering to all your phobia needs. Garrison Keillor is of course satirizing what commercial advertisers have long known: that our fears are stronger than our loves when it comes to our purchases. Fear of losing our looks, of appearing unfashionable, of getting old, of life itself, leads us to spend a great deal on objects of questionable utility, while constantly throwing away objects that are perfectly serviceable. Love may make the world go round, but fear keeps the economy humming.

Long before the commercial world discovered it, politicians grasped instinctively the value of fear in selling themselves and creating political dependency. This is especially important in an electoral democracy, where keeping your supporters loyal is often a matter of demonizing the alternative. The road to power is paved with phobias, and even positive terms like “hope” and “change” really refer to darker fears that we hope will change.

One never needs to search very far for examples of this. Still, some examples are better than others, with the recent “death panels” controversy being among the most egregious. The end-of-life counseling that is the subject of the debate is recommended by just about every organization that deals with the elderly or those with terminal diseases. Making it part of Medicare was originally a Republican idea proposed by Senator Johnny Isakson of Georgia. Newt Gingrich was an enthusiastic supporter of the idea as late as July 2, claiming it would save 32% of Medicare costs. Sarah Palin was also a great supporter of the idea, and even proclaimed, in her half-term as governor, a “Healthcare Decisions Day” for all Alaskans.

Then, on July 16th, came an interview with a certain Elizabeth “Betsy” McCaughey on former Senator Fred Thompson’s radio show. Thompson described McCaughey as a “constitutional scholar” and “health care researcher,” although I suspect one would be hard-pressed to find any articles of hers on either subject in any scholarly journal. What McCaughey was really known for was a series of bizarre claims that few took seriously. Nevertheless, she used the Thompson interview to claim that these consultations where really about forcing euthanasia on the old and constituted death panels. The blogosphere lit up like a Christmas tree, with (I am ashamed to say it) the Catholic bloggers taking the point position on this excursion into fantasy land. Then came Sarah Palin’s famous “death panels for Down syndrome tweet” and the game was on. Sarah likely can’t remember her position on any given issue from week to week, but Newt Gingrich can. That didn’t stop him from getting on the death panel bandwagon and denouncing the plan he had previously supported.

We are all familiar with politicians whose principles are, ah, flexible, but this is the kind of volta face that gives cynicism a bad name. People were amazed that the “Town Hell” meetings were so raucous; I was amazed that they were so calm. After all, if somebody had convinced me that my congressperson was out to off grandma to kill all the handicapped, I might have shown up with a shotgun myself. (Can I say that? Will I be getting a visit from Homeland Security?) Since the famous Palin tweet, any serious discussion on health care reform has been seriously impaired, with even Chuck Grassley signing up as a Palin-ite. But then, stopping debate was the object. In any contest between fear and reason, bet on fear every time.

The death panel debate will provide, I am sure, subject matter for more than just a few doctoral dissertations in political science schools. However, let me suggest a more promising field for the budding academic pundit, and that is the use of fear in commercializing politics. What I am speaking of here is fear as a political business model. At this point, political etiquette requires me to be fair (or unfair) to both sides and denounce both equally. Nevertheless, I value truth more than fairness, and hence I must praise the Republicans far more than the Democrats. I can make this judgment because I am somewhat politically ambidextrous and hence my inbox is always stuffed with appeals from both sides, each denouncing the other and asking for funds, seeing as how the fate of the Republic depends on my $25 dollars, this week, and will require a further infusion next week if freedom is to be preserved. I love to read the mutual denunciations, but I never click to send cash. I should mind you; the entertainment value alone is worth it.

The internet has certainly changed the game of fund raising. The techniques were pioneered by Howard Dean, Ron Paul, and preeminently, Barrack Obama. Indeed, Obama could not have survived as a candidate without his team’s internet acumen. But these operations were still about fund-raising; they were about making their case and asking for cash. They were never properly commercialized. Were these internet geniuses missing the whole point? Were they throwing away the vast commercial potential of their donor base? Could the donor base be converted into a pure sales channel?

Yes it can be; the same techniques used to save the Republic—on a daily basis—can also be used to save your colon, and the organization that realized this commercial potential is Endeavor Media Group, LLC, and its President Bobby Eberle, a mechanical engineer from Houston turned political entrepreneur. Eberle’s company runs a site called GOPUSA which has found a way to convert the bad news of politics into the good news of colon cleansing. After all, what’s the advantage of being a good citizen if your colon is shot? I tell you frankly, I am in absolute awe of Eberle’s achievement. Within a few years, he moved from obscurity to being a power broker (according to his site) and made not just a few bucks along the way.

The actual marketing is simplicity itself. Each day, the “subscribers” get an email. The email, in patriotic tones and colors, consists of a series of links to various columnists and news stories, interspersed with messages from the “sponsors.” They don’t have advertisers; that would be vulgar, only sponsors and in purchasing their products your are supporting the work of GOPUSA, a work that seems mainly about enriching Bobby Eberle. The first of the links is always to the daily thoughts of Chairman Eberle. Bobby seems to be a man who has many thoughts without ever being thoughtful. But tastes vary, and anyway that’s not the point. The point is the “sponsors,” who offer a collection of causes (the Republican Party and its various campaign committees buy lots of space), cures, stock tips, books, investment advice (from Ann Coulter, no less), survival advice and the like. Knowing something of these matters, I strongly suspect that Eberle’s pitch to his “sponsors” is that he can deliver a constantly frightened audience who are susceptible to nearly any appeal.

Some of the appeals are more appalling than others. For example, one “sponsor,” the “Coalition to Support America’s Heroes.” raised $20 million “to salute our troops.” The “salute” consisted a calling card good for a sports hotline. Just what the fighting man needs: news about the Cubs, as if things weren’t bad enough already. Others connected with the scam received better “salutes”; Richard Vigurie got $14 million of it. And an Air Force bureaucrat, General Chip Diehl, received a lucrative payoff, as did General Tommy Franks. You can read the rather disgusting details here, but in my opinion, Diehl ought to be court-martialed and stripped of his pension, while Franks ought to be disciplined.

If there is a Democratic equivalent of this, I haven’t seen it. Maybe one of our loyal readers will know. But I think a party that cannot realize the commercial possibilities of fear is simply not fit to run a commercial empire like the United States, and all the corporations for which it stands. At the base of so many enterprises—and so much of our marketing—stands the “Fear Mongers Shop.” Garrison Keillor was making a joke and a point; Bobby Eberle turned it into a business and a pile. I leave it to you to judge which is the more quintessentially American.