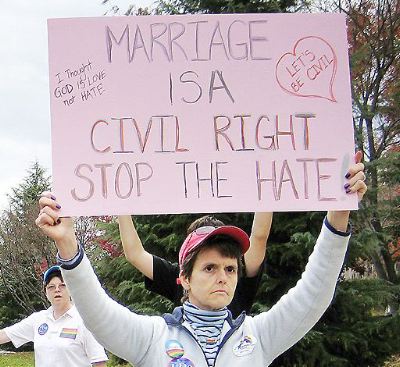 A couple of years ago, I wrote a piece on Philip Rieff for the American Conservative. One of the themes of Rieff’s work on which I focused was his concept of anti-culture—the idea that in the twentieth-century West there had risen to social dominance not any particular culture but a suspicion of all cultures, which consisted in authoritative institutions and internalized psychological demands—you know, guilt. Nothing any longer regulated individual conduct except for the idea that nothing should regulate individual conduct.

I’ve been ruminating on this idea of anti-culture ever since I first encountered it. At first I found it to be one of those insights that is incredibly illuminating. I still think that it’s a useful conceptual tool, but I also think that Rieff had missed an important point, which is that in order to persist, even a therapeutic anti-culture needed to become, well, a culture. And that is what has happened.

The truth is that we have a culture that is growing in its psychological power, and increasing its sociological foothold, everyday. We have our thou-shalt-nots. We live within a web of mutually reinforcing nos, taboos, do-not-discusses, and impossible-to-think-otherwises. This web is the harder to see, sometimes, because it is rooted in an ideology that claims to be content-free, neutral, procedural—liberalism (in the deep philosophical sense, needless to say). This is the point of Jim Kalb in his The Tyranny of Liberalism, and I think that he is substantially right. Kalb sums up the ideology of liberalism as the enforcement of “equal freedom.” But it is important to understand, as Kalb does, that this ideology does not simply issue in a set of political or social doctrines, but in a culture in the profoundly anthropological, Rieffian/Freudian sense. And the culture of liberalism—like all cultures—is essentially subrational.

I think that we are seeing this play out concretely in the case of gay marriage. More and more, it has been noticed, proponents of gay marriage find it impossible to believe that they share the globe, much less the same nation, city, or (God forbid) neighborhood, with people who cannot see that gay marriage is an obvious right and cause of justice. Gay-marriage proponents appear to be irrationally angry, but think of it this way: they are disgusted by the fact of opposition to same-sex marriage much in the same way that, say, American pioneers on the prairie were disgusted by the culinary habits of the American Indian (eating dogs, digging in to a freshly killed buffalo and eating its raw organs, etc.). The ways in which the cultural Other thinks, the things he believes, if they are intelligible at all, are usually simply abominations, and that is that.

Alas, unlike with cowboys and Indians, it is not always easy, in the current situation, to tell at first who is Us and who is Them, who is Clean and who is Unwashed. Behavioral and verbal declarations of one’s cultural allegiances, therefore, become immensely important—especially on what is supposed to be one’s home turf. For instance, a friend of mine recently attended a secular wedding in Seattle. The ceremony began with the celebrant (a woman) welcoming the congregants and then saying that, while the bride and groom were ecstatic to be getting married that day, they at the same time mourned for their gay and lesbian brethren, unjustly barred from partaking in the same opportunity. In other words: We Are Us, and You Are Us. That’s an important fact to know.

In the same vein, a liberal relative of mine recently volunteered, knowing full well my own political opinions, that she now hated Mormons. Why? Because they had bankrolled Proposition 8 in California. Just a few years ago, before gay marriage had become embedded as a key doctrine of the liberalist cult, this would have been thought an impolite thought to verbalize in my presence. But not now. We are no longer dealing with differences of political opinion, you see, with matters of mere ratiocination on which intelligent persons of good will might disagree. We are dealing with the deep-down psyche-shaping forces of culture. With matters of Purity. With all that Rieff and the anthropologists have meant by culture. And about cultural matters, Rieff knew, there could be no arguing.

This truth is why so many gay-marriage supporters (as Rod Dreher, Maggie Gallagher, Brian Brown, and many others can attest) feel free to engage in what is clearly “intolerant” and “uncivil” behavior. For one does not owe tolerance or civility to an alien, the radically Other. At least, not on the terms of that culture of liberalism which has so deeply shaped the minds of same-sex marriage supporters. Remember, throughout human history the members of a culture have typically not believed nonmembers even to be human, which is why, for example, the word used by almost every American Indian tribe to name itself means simply “the people.” The ancient Greeks were the first to recognize that they shared a human essence with the Other, and the Christian revelation qualitatively deepened and extended this belief in a universal humanity. We should not be surprised, then, that a post-Christian liberal culture seems incapable of sustaining this insight.

Now, not all of America yet lives within the culture of liberalism—not completely. Obviously, the terms of this culture permeate most completely the places where our more au courant, more sophisticated, more highly educated, progressive, and hip Americans are increasingly concentrated, and it is weakest in Middle America, understood in the cognitive more than simply the geographical sense. But Middle America is getting smaller, and it knows it.

Thus, another wedding anecdote. I recently attended an evangelical Christian wedding in Indiana. The celebrating pastor spent a good five minutes excoriating the concept of same-sex marriage. It seemed strange, and viewed in isolation it was clearly out of place. But in cultural terms, it was understandable. The resurgent populism that we see so much of lately, and that is proving to create pliant material for power-seeking right-wing demagogues, represents the desperate cry of a culture under siege. This populism is the inchoate yelp of people whose cultural terms are failing them and are no longer validated by their social and political institutions. Like cornered Indians pushed into mountain retreats, many of our Middle Americans are retrenching, engaging in ancient rituals now out of anger and dismay as much as piety, lashing out, and with all of this thereby confirming to the dominant coastal Other their basic inhumanity.

Eradication or education—these are the only two choices, bellowed the editors of pioneer newspapers, referring to the heathen wild Indians in their midst. How much more humane to educate than to eradicate? replied the good-hearted liberals who heard the question, and accepted its terms. And so they saved the Indians by ripping their babies out of their mothers’ arms at gunpoint and marching them off to schools to learn the ways of their culture, or How to Be Human.

Now we know how it feels. A powerful new culture is asserting itself. We are reprising a very old story, indeed.