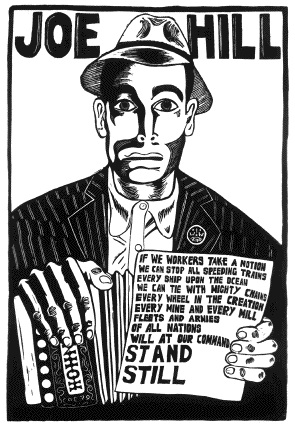 Washington, Ct. In his wonderful 1974 book entitled The Roots of American Order, Russell Kirk remarks upon the British and how they are able to “muddle through” periods of social unrest or national tribulation without major incident. It wasn’t always thus, but certainly within the post-American Revolutionary era, they seem to manage their public dirty laundry with greater decorum than we do. Perhaps their innate and jocular cynicism is the relief valve that allows it.

In this country, when the spirit moves, it moves with bellicose invective, shaking fists and righteous anger. From Crispus Attucks and the Boston Massacre of 1770, when the citizens of Boston had endured quite enough of British Military oversight over the previous two years, to the 1786-87 Shays Rebellion in western Massachusetts when farmers revolted locally for debt and tax relief, to the 1791 Whiskey Rebellion in western Pennsylvania when George Washington marched Federal troops to suppress a tax revolt, Americans are not shy about insurrection. The bloodiest and indeed most cinematic revolts against the Federal Government, aside from the Civil War, would seem to be those of the Native Americans, and in particular, the Sioux. The Sioux, roundly tired of watching their woman and children hounded like animals, run down and shot from behind, killed nearly 300 of our soldiers along with their foppish, glory-hog of a commanding officer, George Armstrong Custer. More recently, we saw the labor unrest of the Wobblies as well as the Hooverville Riots of Depression era Washington D.C., when the young General MacArthur routed the “Bonus Army” settlements of un-armed and unemployed WWI veterans and promptly staged a press conference to crow about it. Several decades later, we experienced the Kent State and Chicago Convention Riots of the Viet Nam war era, when college students went up against their government and its grinding war effort. The Federal Government, shamed by photographs of dead youth, and wizened to the ways of the young, has avoided a draft for the current war effort. This is no doubt to ensure that the younger generation will remain quiescent about both the debt that is being handed to them and the deaths of their fellows.

I don’t know about you, but if my parent’s generation busily pitched the foreseeable future into a simmering cauldron of debt and fear vichyssoise with a side of increasingly diminished expectations, I’d be doing more than Tweeting and decorating my navel on Facebook. Perhaps they have arrived at a state of calm of the kind recommended by Ed Abbey when he asserted, “when the situation is hopeless, there is nothing to worry about”. A few anarchists attempted to get something off the ground with riots in Seattle and Miami before the wheels fell off the Global Debt Jamboree, but they were quickly handled with the charming “Free Speech Zones” and effective penning operations of our most recent national political conventions. Rubber bullets and Tasers have a way of encouraging brevity on the run. A protest site under a highway overpass a mile and a half from the scene of the crime is never conducive to proper network notice.

Mobs and aggressively outspoken dissent would seem to be a pregnancy test for the gestating national zeitgeist, demonstrating that something is in the oven and it is about to get really hot. First, we find a group of individuals for organized dissent who have been given the pejorative label of “mob.” Usually, there follows a culminating act of violence that snaps the more circumspect citizen out of their easy complacency with a government enamored of itself. No matter how much validity might accrue to the so called “mob” and their individual participant’s intentions, the “mob” defines the effort and as such, any meaningful resolution is delayed or even ignored until somebody gets hurt or the mob burns out early and goes home. Frequently, the mob sobriquet is actually embraced by the participants themselves, as they exult in their frequently well-earned ill humor and carry the epithet as an honorific. Sober minds and clear heads from outside the mob rarely intervene to deal with the issues at hand. If Socrates himself were to emerge at the head of the “mob,” he would not be able to command attention. In this manner, the issue gets worse to the point of, or indeed past the point of danger, before we pay attention. All too often, the mob finds its figurehead in some roaring lunatic who commands a picturesque grasp of propaganda delivered in a snit, making torch-lit processions a frequent venue. One wonders if another violent denouement is in the offing now. The historical pattern suggests that it might smolder to an open fire and, which should make the media sarcasm about the issue more than a little disquieting. To be sure, the media has adopted the breezy insouciance of the weather forecaster, and are not overly concerned with the final outcome of their reporting.

It has been suggested that there is some “elitism” at work amongst conservatives who criticize the so-called “mob,” but do nothing material to oppose the galloping Federalization of our lives. There may be something that sticks in this fistful of mud. One side attends the various Town Halls to make the politicians understand (in no uncertain terms) that they have had enough of a government that has stumbled the nation into penury and now wants more of the same to include our health care. The other side of the group, although holding similar sentiments, finds the mob distasteful, remarks upon it, but leaves the initiative at that. Meanwhile, despite ample evidence to the contrary, a growing segment of the public (the dominant one, it seems) is ready to surrender to the State’s blandishments despite ample evidence that the State is gouty and getting ever more so. Well coiffed and smartly dressed people assert there is a crisis, which means there must be one, and we should let those in charge solve it like they solve everything else, such as how the Department of Energy solved our dependence on foreign oil.

Would that there really could be some “elitism,” some leadership that might elevate the debate to one of national clarity and effective action. Instead, we are confronted with a factional political system that either seems to think centrism and consensus is a magic wand, or that a procedural measure called “reconciliation” is suited to the current debate, thereby passing a measure that effects every one of us without conservative Democrat and Republican support. Comprehensive discourse on the existing care system and what might replace or amend it is largely absent because we are beyond comprehension and into the briar patch of crisis. We have a Fourth Estate that has the siege helmet pulled down over its eyes as it does a death dance in a poverty barrel and a majority portion of the public that thinks the act of watching the briefest snippets of opinion qualifies as citizenship. No wonder we have a mob on our hands. It seems the favor needs to be returned with some inspired and principled leadership on both sides of the issue. If September comes and goes with a building replay of the bumptious Town Halls of Congress’s August recess and there is a violent escalation of tension or even worse, but another Frankenstein Legislative Concoction, the Mob will be able to say “I told you so” while their nose bleeds or their pate thumps. I don’t think they relish this role of theirs at all. I think they wish somebody with some oratorical and analytical skill would stand up and relieve them of their need for public dyspepsia. I know they wish they had some proper representation in Congress. Many of them love their country enough to shout about it. Their belligerence is vanishing into the void of our increasingly dysfunctional government with its toady media and nobody is heeding their call.

Regardless of some of the more intemperate or preposterous things being said, there is a clear point to the aggressive gatherings and it is that people in the middle class have seen their lives whipsawed and their government less than supportive to their interests and so, quite simply, they are no longer going to swallow the beggars gruel plopped into their bowls. As to the lack of mainstream Conservative support, this isn’t elitism at work. This is business as usual because there really is no principled and effective conservative force in the United States anymore. There is talk, but no action, and the government suffers mightily for it. When a government no longer has an effective voice endorsing chaste restraint or prudent caution, one can only expect capricious debasement as the primary occupation to come. Think about those monuments in Washington and then imagine them as the site of a continuous sudsy subsidized rave on booze and pills and there you have it.

Though I am a guilty party, further reflection makes me think that we cannot simply sniff our displeasure at the mob. Mobs are an integral part of America’s history and usually, it is only after they have been beat up or worse that some of the essential truth of their assertions are granted a hearing. The mob is telling us something, and we should listen—on both sides of the near-absent aisle. Spectacle is now substance in our image-saturated age, and this current “mob” is telling our handlers in Congress that they do not believe what they either see or hear. It’s really about time somebody exhibited the guts and gumption to do what they are doing while everyone else goes on vacation.  The real question here is: “How can we help them?” The swamp of lobby-reinforced centrism combined with an erosion in the separation of powers, the surrender of the Fourth Estate and, as Patrick Deneen puts it: the lack of a “lived experience of self government” places us, in absence of a well developed cynical humor, in a real sticky wicket. This mob needs a Swift to help them deliver the swift kick in the arse this Federal Brute so richly deserves. In as much as Joe Hill might be the wrong role model in this effort (he was shot for his efforts), this weekend is Labor Day. The best labor tribute I can imagine is grabbing this government by the ears and chewing so hard on its bulbous nose that it actually listens for once.