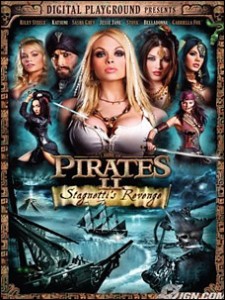 The latest from the University of Maryland is a brohaha over the effort by a state legislator to discourage (through the threat of withholding funding) the showing of pornographic films on the UMD campus.   According to an editorial in the Washington Post, requests for university guidelines governing the use of public facilities to broadcast pornography constitutes an “absurd assignment” and an “offensive act.”  Further, those who oppose the showing of pornography on the campus “are not entitled to keep other adults — even young, college-age adults — from consuming such material if they so choose.”

Critics of the efforts to prevent the showing of “Pirates II:  Stagnetti’s Revenge” (how could I have missed the reviews of Part I?) argue that any effort to curtail expression in any form constitutes a restriction on academic freedom.  Furthermore, it is a form of censorship.  Both these claims are worthy of further reflection, particularly given their widespread invocation on our college campuses.

“Academic freedom” is the shield behind which most academics hide rather than discuss the substance of their claims.  This is true on the Left and the Right.  On the Left, academic freedom is invoked most often when efforts are made to limit sexual forms of expression on campuses.   One saw this especially at the time the University of Notre Dame briefly banned performances of The Vagina Monologues on the campus.  Its new-ish President, Father Jenkins, quickly caved after initially indicating that future performances would be banned, at least until the fearsome weapon, “academic freedom,” was wielded.  But the Right is just as likely to invoke academic freedom when its particular ox is being gored, which tends to be forms of “politically incorrect” speech that prove offensive to minority groups.  A recent instance of Right-wing outrage over the curtailment of academic freedom is evinced in the reaction to the decision by St. Louis University to disinvite David Horowitz, who was to deliver a lecture entitled “Islamo-fascism and Civil Rights.”  And, not too long ago, the University of California Davis revoked a speaking invitation to Larry Summers under pressure from a group of feminist faculty who objected to his very presence on campus. In both cases, voices on the Right expressed outrage, announcing these instances to be heinous violations of academic freedom.

What these invocations of academic freedom end up accomplishing is a) empowering libertarians who believe that there should be no limits on speech, which in effect is to say that speech really doesn’t matter and everyone should say (and pretty much do) whatever they want so long as no blood is drawn; and b) obfuscating the actual issues that are in contention.  At issue in these various instances that respectively prove offensive to the Left and the Right are substantive claims about the human good and the proper end of human life.   It would be refreshing if this actual debate took place at many institutions where this were a genuine open question.  Typically, those on the Left who invoke academic freedom are defending not simply freedom of speech, but a substantive claim about human autonomy.  And, typically, those on the Right who invoke academic freedom (at least in some instances) are less interested in “free speech” in the abstract than engaging in the activity of drawing distinctions between humans, societies, and religions – thus, perhaps, cognizance of a certain kinds of inequality or at least discriminations worthy of consideration.

While these assertions of “academic freedom” tend to mask some contemporary political stances, an even greater issue is at play.  At certain institutions – particularly those that are religiously affiliated – there should be enough self-confidence by leaders to assert that such institutions are indeed guided by a substantive vision of the human good, and make decisions about what is appropriate for “consumption” by students and things that are regarded as pernicious, debased and false.   While this activity needs to be centrally concerned with the curriculum, it is not irrelevant what takes place outside the classroom.  Some choices – such as Stagnetti’s Revenge – should be easy for institutions that hold beliefs that regard such expressions as degrading and base.  Others, such as banning The Vagina Monologues will be entirely appropriate for Catholic institutions.  Still others – whether to allow certain websites to be accessed in dormitories – need to be approached with nuance and reflection, but should be a subject of discussion.

This can and often is a difficult line to drawn, but under the pressure to conform to an abstract idea of “academic freedom,” one of the most serious and portentous activities that a substantively-committed university can exercise – drawing lines – is wholly abdicated.  Because Joyce’s Ulysses was once banned as pornography, it is now impossible to distinguish it from “Stagnetti’s Revenge.”  Better simply to draw no lines and hide behind the undiscriminating shield of “academic freedom.”  Better to avoid hard cases and resulting controversy.  Everyone thus learns to adopt the language of “academic freedom,” even as they might seek to prevent certain offensive activities from taking place in other instances.

The concern – that expressed in the Washington Post editorial – is that an outright banning of this pornographic film would constitute “censorship.”  Now, in the case of a private university, such a claim is simply fallacious insofar as no State power is involved in preventing production or dissemination of the material in question.  A religious institution is within its rights to make these decisions based upon its beliefs, particularly where there are other options for those students and faculty who object to those beliefs.  But, in the case of the film being shown at the University of Maryland – a public institution – I still see no basis for suggesting that the restriction of showing this film would constitute censorship.  The State is not seeking to ban the production of this film, only to restrict its presence in public facilities that exist by dint of the public purse.  The State under the Constitution may not be permitted to prevent certain kinds of expression from being produced, but it is under no obligation to provide state-funded space in which to display such expression.   The State should be permitted to establish basic guidelines for what it deems permissible for the sake of public weal and the education of its youth.  Again, if anyone objects, our Federal system allows people to vote for their legislators, and barring that, to vote with their feet in the form of other public and many distinct private alternatives.  Why should every institution be required to be identical in the name of “academic freedom”?  Doesn’t this very imperative put to lie the idea that anyone on today’s college campuses actually believe in “diversity,” that sacred word on everyone’s lips that no one actually reveres?

Speaking Freely in Times of Crisis: A Conversation with Paul Kemeny,...

Not a “Modern Family” At All