One salient fact about this recession is that 90% of the working economists missed the warning signs, and those who predicted a disaster were ma 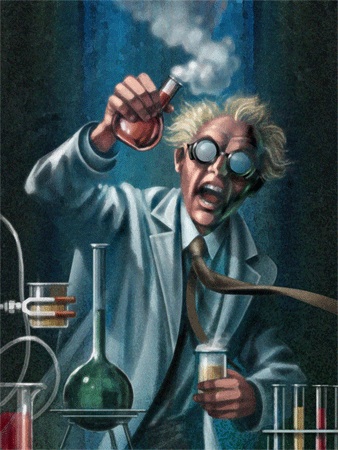 The Roman pontiffs have long insisted that something was missing. They have insisted on the role of distributive justice in economics. Beginning in 1891, with Leo XIII’s Rerum Novarum, they have insisted on the just wage as the basis of economic science, a position that has been repeated by every pope since Leo. The economists, on the other hand, have always found this problematic. A just wage can make no sense, since the wage is just the price of that particular “commodity” known as “labor.” Clearly, there is a dispute here about the nature of economic science. Given that the economists are presumed to be the experts in their own field, is there any reason for them to take the claims of the Roman Church seriously? In other words, can they subject their science to the moral claims of the Church and still be scientists, or would they be like Galileo, forced to recant what they know to be the truth?

Benedict XVI, in his latest encyclical, Caritas in Veritate, locates precisely the source of the disagreement.

The market is subject to the principles of so-called commutative justice, which regulates the relations of giving and receiving between parties to a transaction. But the social doctrine of the Church has unceasingly highlighted the importance of distributive justice and social justice for the market economy, not only because it belongs within a broader social and political context, but also because of the wider network of relations within which it operates. In fact, if the market is governed solely by the principle of the equivalence in value of exchanged goods, it cannot produce the social cohesion that it requires in order to function well. (35)

By insisting on the priority of distributive justice, the Pope poses a special problem for the economists, a problem that goes back to the late 19th century. At that time, the study was known as political economy, a discipline firmly located within political and social structures. However, many practitioners of the discipline felt that this was far too “philosophical” and hence insufficiently scientific. In order to become a true science, they would have to reduce economics to strict calculations. This could be accomplished by reducing all economics to a science of exchanges, that is, to commutative or corrective justice alone. The economy was to be modeled as a series of exchanges governed only by free contract and beginning with “an exchange with nature.” Of course, the absurdity of originating production with such an exchange is made clear when we ask, “Who negotiates in nature’s behalf, and what, precisely, does nature get in return? “Dear mountain, please give us your coal, and we will give you this nice slag heap in return.”

But leaving aside the question of the exchange with nature, the new economists claimed that exchanges under free contract would result in workers getting a fair wage and capital getting a fair return. There would be no reason to bring up the messy questions of distributive justice; commutative justice, the justice that regulates exchanges between individuals and firms, is sufficient to guarantee fair returns to labor and capital. “Fairness” was built in to the system, because free contracts are always fair, or so the theory has it.

All this seems very reasonable, but it is not. There are at least two problems. The first problem is that commutations deal only with change in ownership of already existing commodities, such as when we exchange money for bread or labor for money. But the primary problem for any economics is not exchange, but production. Before the bread comes into existence, it must be produced by human labor. When we take a tree and produce a set a chairs, we call the chairs into being; we are dealing with something that did not exist before. The great question of economics is how to divide this new thing among those who had a hand in creating it. Production produces values that did not exist before, hence commutations cannot answer the question, “How many of the new chairs should be given to the labor that produced them or to the owners of the tools by which they were produced?”

This is a matter for distributive justice. The problem that the new economists had with distributive justice is that it can never be (as Aristotle pointed out) a matter of calculation, but a matter of judgment, and different social arrangements would produce different answers. This reliance on reasonable judgments struck the new scientists as unreasonable, and certainly as unscientific. Without being subject to a strict mathematics, economics could never be “scientific.”

The problem of trying to describe production as a series of exchanges came to a head in the 50’s with the so-called “capital controversies.” Simplifying a very complex argument, the debate dealt with the adequacy of the standard production function, with purported to describe the appearance of new things by the function P=∫(K,L), where K aggregates all the different exchanges of capital and L of labor. However, K cannot be used directly in the formula, since capital comes in various shapes and sizes (trucks and tools and raw materials, etc.) without any common denominator. So in aggregating capital into the formula they used the price of the various capital goods. However, this turns out to be circular: The price of capital depends on the return to capital, but the formula is supposed to determine that return. In other words, in order to use the formula, you would first have to know the results of the formula. In trying to deny the role of reasonable judgments, they had to sneak a judgment into the formula. The whole thing is self-contradictory.

The interesting thing about the capital controversies is that the defenders of the commutative production function admitted defeat. In fact, Paul Samuelson, the leading economist of his day and chief defender of the function, not only admitted defeat, he actually refined the mathematics to show how the formula was internally self-contradictory. Samuelson did make some corrections to his textbook, but nevertheless the formula is still taught as if the controversies had never taken place. Why? Because there are no other alternatives available within a pure theory of exchanges.

This leads to a startling conclusion: Modern economic science—the science of production and exchange—lacks a coherent production function! And lacking such a function, it can never be a complete description of any economy. Hence, it can never accurately predict the course of any economy nor make any rational policy recommendations. Now we can understand how 90% of the economists fail to see its most obvious failures: they simply lack the tools with which to do a complete analysis of the economy.

The irony of this is that political economy became economics in the name of scientific computation, only to end up with a formula that can’t be computed. In attempting to explain everything in terms of numbers, they explain nothing at all. But they needn’t have worried for computation’s sake. Although distributions depend on judgments, or on power, the results can be computed and compared. For example, if it is determined that labor ought to receive no more than bare subsistence, then economists can accurately compute the results, most likely in terms of over-supplied capital markets and under-supplied consumer markets. And if it is decided that the capitalist shall live in rags and the worker as a king, then the under-supply in capital markets will reduce everyone to rags.

If the positive claims of economics break down, so do the normative ones. Fair contract, the argument goes, is supposed to ensure fair wages, but Adam Smith had already destroyed this argument. In any dispute over wages,

It is not, however, difficult to foresee which of the two parties must, upon all ordinary occasions, have the advantage in the dispute, and force the other into a compliance with their terms….A landlord, a farmer, a master manufacturer, or merchant, though they did not employ a single workman, could generally live a year or two upon the stocks which they have already acquired. Many workmen could not subsist a week, few could subsist a month, and scarce any a year without employment. In the long-run the workman may be as necessary to his master as his master is to him; but the necessity is not so immediate.

In other words, wages depend not on productivity of the worker, but on power of the owners, and the more powerful party will prevail. Contract alone cannot insure fair wages. And without fair wages, there will be an oversupply of capital and a shortage of demand, and a recession is the result. Recessions can be delayed by using government spending to prop up demand, or by usury, that is, by supporting demand by lending money to consumers at ruinous rates. But both of these methods have their limits, and we are smack up against the limits of both remedies in the current crises. It is precisely this double failure which makes this recession so persistent.

With all this as background, we can ask, “Is economics a science?” The answer is, I think, “not in its present form.” The present form takes its cues from physical science, a science that rarely ventures into questions of justice. But economics, if it is to be a science, must obviously be a humane science, and such sciences cannot avoid questions of justice. This is to say, economics ought to be a science; it ought to be the science of political economy. In pointing to the importance of social and distributive justice, the Church is speaking only as a moral authority; but in doing so, she turns out to be a pretty shrewd economist. The moral requirement is not, as Benedict points out, something that is added to an otherwise complete science, but something that lies at its very core, and without which it cannot be a science at all.

This Is My Son: Two Years Later