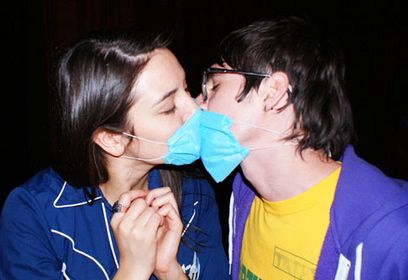 Claremont, CA.  The most haunting, awful scenes in Thucydides’s history of the Pelopponesian war are those describing the Athenian plague.

The plague emerged in the second year of the war, moving quickly from the port of Piraeus into the heart of the city. People who had been in good health, Thucydides tells us, “were all of a sudden attacked by violent heats in the head,” then beset by sneezing and retching and violent spasms. The skin of plague victims became ulcerated, and they could not bear clothing of even the lightest sort. Nor could they sleep. They suffered from “agonies of unquenchable thirst, though it made no difference whether they drank little or much.” Most died within a week. The few patients who recovered were often “seized with an entire loss of memory,” or left blind.

The disease was so potent, Thucydides says, that the birds of prey who came to feast upon plague victims also died. Birds disappeared from the city.

There were so many plague deaths that the traditional burial and cremation rites were upended. Thucydides describes the way in which the plague turns Athens into a city of “lawless extravagance.” Citizens, fearing that their lives were not long for the world, started doing just what they pleased. They spent lavishly, pursued pleasure without honor, and generally acted without fear of god or law. They figured that no witnesses would survive to punish or judge them.

But “by far the most terrible feature in the malady,” Thucydides says:

was the dejection which ensued when anyone felt himself sickening, for the  despair into which they instantly fell took away their power of resistance, and left them a much easier prey to disorder, besides which, there was the awful spectacle of men dying like sheep, through having caught the infection in nursing each other. This caused the greatest mortality. On the one hand, if they were afraid to visit each other, they perished from neglect; indeed many houses were emptied of their inmates for want of a nurse; on the other, if they ventured to do so, death was the consequence.

What Thucydides helps us to see in that description, as George Kateb has written, is “the ways in which fear of death through contagion disorganizes all human relations”:

It is the peculiar power of contagious disease to isolate people from each other; normal communal ties give way before the desire of every man to avoid contact which could bring on the disease and with it, death. The wish to remain free of sickness overrides all duty and all affection.

The plague resulted in what Kateb calls “a kind of negative state of nature: instead of the war of all against all, there was the avoidance of all by all.” What is ultimately most horrifying about the plague is how it exposes the fragility of civilization.  You might not be able to build Rome in a day, but you can destroy Athens in a few weeks.

Apparently it doesn’t take a disease anywhere near as mean as the Athenian plague – which scientists now suspect was either epidemic typhus or typhoid fever – to start undoing American social life.

We learn this week that fears of the swine flu have curbed many of life’s rituals in the United States. Employers are forcing employees to stop sharing candy. Colleges are forcing students – heaven forfend! – to stop playing beer pong. People are cancelling holiday parties, or serving hand sanitizer instead of punch.

Religious institutions have seemed especially willing to change generations-old rituals on the chance that they might spread contagion. Churches are instructing congregants not to shake hands at the sign of peace, emptying the holy water fonts, and putting away hymnals. Many churches have stopped offering a shared sacrament, thereby taking a lot of the communing out of communion.

The North American Mission Board of the Southern Baptist Convention, which is the nation’s largest Protestant group, has raised the possibility of cancelling all mass gatherings: weekly services, weekday events at church, weddings, and funerals.

Keep in mind a few things here: 1) although swine flu is not pretty, most people recover from it within a week, without needing any medical care; 2) Americans who do get sick with the swine flu may be treated with antiviral medication; 3) there is a vaccine available to protect against this flu; and 3) according to epidemiologists, there isn’t even that much of a swine flu resurgence in American cities this year to begin with.

Dear me. Is the American obsession with bodily health really going to be the tyrannical force that undoes us in the end? I’d like to think that my nation was not so shortsighted, so – to use a technical term – wussy. But maybe the growing national interest in eyeball tattooing and worries about the horrors of “toebesity” should have clued me in. Americans are so interested in the quality of our bodies that we are neglecting the quality of our lives. We are so interested in our health as individuals that we are neglecting our health as a society.

That’s because in the end, the mark of political freedom – the mark of being grown-up in the true sense of the turn – is understanding that while death may be fearful, it is surely not the greatest horror we may face.

The greatest horror of the Athenian plague, as Thucydides says, is not the number of the dead but the degradation of the terms of life for the living.

That understanding – which sees death as something that you must risk in the name of a good life – has in the past been central to American thought and practice, evidenced by homestead wives and warriors alike. You can find that understanding (as my father and Patrick Deneen have described so well) in the writing of Mark Twain. You can find it in the speeches of Dr. King.

But you can’t find it in the popular response to swine flu. In all this fear about exposure to the H1N1 virus, our willingness to abandon core rituals and community life might be the most frightening thing out there.

Monson, Maine’s Fascinating Story: A Review of Here & Everywhere Else