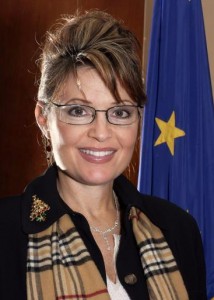 A while back the History News Network featured part of a Harper’s interview with Max Blumenthal, the author of the new book, Republican Gomorrah (published by Nation Books). This snippet included Blumenthal’s explanation for starting the book with a portrait of R. J. Rushdoony, a pastor in the Orthodox Presbyterian Church (full disclosure, my denomination), who advocated the use of Old Testament law for modern statecraft. Blumenthal then played pin-the-tail-on-the-intellectual donkey, linking Rushdoony to Francis Schaeffer, the so-called father of the Religious Right, who influenced Marvin Olasky, who was an advisor to George W. Bush especially in developing the theme of “compassionate conservatism.” Blumenthal concludes his answer with this:

After Roe v. Wade, Schaeffer became convinced the government had legalized infanticide. He was radicalized almost overnight and began churning out polemics urging evangelicals to use “force in the defensive posture,” a watchword for domestic terrorism, to stop abortion. While Rushdoony provided the Christian right with its governmental blueprint, Schaeffer offered it the political strategy–organizing against abortion–it required to attack America’s secular underpinnings, including the moderate Republican establishment. It’s important to remember that prior to Schaeffer, right-wing evangelical leaders like Jerry Falwell were fixated on stopping the racial integration of their so-called “private Christian schools.”

There you have it, a neat bow on a frightening package – Old Testament law, presidential politics, opposition to abortion, and terrorism, all signifying the conservative movement. And liberals think Rush Limbaugh and Glen Beck simplify the Obama administration. Granted, these radio personalities have a larger audience than Harper’s, the Nation, and the History News Network. But Limbaugh and Beck don’t claim to be scholars, and their listeners don’t claim to be experts about politics, religion, or history. If Susan Jacoby really wants to claim that conservatism has dumbed-down American culture, she may want to hold up a mirror to her reasonable and smart friends who can’t tell the difference between picketing an abortion clinic and flying a 737 into a skyscraper.

But the point of this kvetch is not to weigh the brain mass of conservatives and liberals but to bring up a subject that religious historians should be teaching to the rest of the American population from their lecterns, articles, books, and blogs – it is that the Religious Right is nothing new in U.S. history and that scaring citizens with the apparently bizarre proposals of Christian conservatives is bad scholarship. Prior to the Religious Right, Protestants, whether liberal or fundamentalist, concocted various schemes to preserve the United States as a Christian (read: Protestant) nation, from the Civil War, to Prohibition, to the civil religion of the Cold War. During that time, Protestants had access to all sorts of presidents, even the ones who had their finger poised on the button to drop “the bomb.” John Foster Dulles may have mingled with a tonier set than Carl McIntire (though Dulles certainly did not wear a better suit), but his anti-communism and God-and-country outlook were not substantially different from fundamentalist anti-Communists like McIntire.

What this historical perspective means is that the Religious Right is simply in continuity with a swath of American Protestantism that many religious historians regard not as extremist but as mainstream, tolerant, and respectable. Granted, the Religious Right had the bad timing to show up after many Protestants had capitulated to some sort of secular America, and they did not always show an awareness of how America had changed not just religiously but demographically after the 1960s. (This was actually the point of the Religious Right’s complaints – they didn’t like what the nation was becoming. Since when is complaining so scary or unAmerican?) But to portray people who differ little from previous generations of Americans as those who nurture terrorist ideas and actions is to show a real ignorance of the field in which you are supposed to be an expert.

This may be an odd point coming from a writer who regularly chastises the Religious Right. I have not changed my assessment of evangelical politics. I think it is flawed theologically and politically. But I sleep relatively well each night, despite my criticisms, because I know born-again Protestants, however mad they may be at me, believe in an important piece of Moses’ law – namely, the sixth (as Protestants count them) commandment.