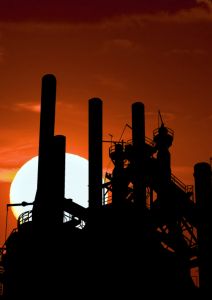 Hillsdale, MI. Today the folks at NPR are having a grand old time remembering the Fall of the Wall.  German rockers, Hungarian revolutionaries, Romanian artists–many stories of suffering and heroism, panic and hope. They even had Maddie Half-Bright bragging about bombing the Balkans after the air space opened up.  Of course, NPR being NPR, we aren’t likely to hear from Polish Catholics or Serbs of any kind.  But such as it is, it’s a good thing to celebrate.  The Wall came down so that NATO could come through.

Today (well, just about) is also the forty-second anniversary of the publication of one of the great “black propaganda” books of the twentieth century.  Dial Press, in late October 1967, gave us Report from Iron Mountain on the Possibility and Desirability of Peace, with “Introductory Material” by Leonard C. Lewin.  Lewin was a lefty New Yorker, a freelancer who knew all the usual suspects in the Manhattan literary crowd.  In 1966, the story later came out, Victor Navasky was moved to laughter and tears when the Stock Market took a dip due to what the New York Times referred to as a “peace scare.”  He talked his buddy Lewin into writing Report, and together they convinced (it didn’t take much) E.L. Doctorow of Dial Press into publishing it with a more-or-less straight face.  Thus a cabal of lefties presented to us what pretended to be a conspiracy of righties.

Lewin produced a masterpiece.  Report from Iron Mountain is parody at its finest.  What would happen, it asks, if peace broke out?  The thesis is that the modern state is organically dependent upon war, and “so far no one has taken more than a timid glance over the brink of peace.”  War is not merely violence in the defense of national interests, it is national interest.  The “nonmilitary functions of war” in many ways are the state: “The basic authority of a modern state over its people resides in its war powers.”  For example, “it provides the only critically large segment of the total economy that is subject to complete and arbitrary central control.”  Because of its “unmatched authority over life and death” the warfare state can also give its antisocial citizens something to do, stabilize “generational relationships,” keep population and other “ecological” problems in check, and serve as the agent for the release of scientific, technological, medical, and even artistic creativity.

Think about it: “literature, music, painting, sculpture, and architecture that has won lasting acceptance has invariably dealt with a theme of war…and has expressed the centricity of war to society.”  We owe the works of Shakespeare, Bach, Beethoven, Goya, Dante, and Rembrandt to the centrality of war: “Aesthetic and moral standards have a common anthropological origin, in the exaltation of bravery, the willingness to kill and risk death in tribal warfare.”  The genius of the modern state is that it has harnessed this fundamental life force.

But what, Report asks, would happen if all the “nonmilitary functions of war” were removed?  “The social needs they serve are essential; if the war system no longer exists to meet them,” Report argues, “substitute institutions will have to be established for the purpose.”  At this point the fun begins, with the introduction of an elaborate vision of what William James once called “The Moral Equivalent of War.”  This has been a preoccupation of progressives at least since Erasmus, and tongue-in-cheek maybe since Aristophanes.  Report says that substitutes would have to be large, “wasteful” (echos of Thorstein Veblen), and operate outside the “normal supply-demand system.”  They would have to cover health, education, housing, transportation, poverty, and the physical environment.  It is said that Lyndon Johnson “hit the roof” when told about Report; no wonder, it was describing the Great Society!

The second half of Report explores possible programs that would substitute for war by creating “alternate enemies,” or “credible motivational surrogate(s) for war that can insure social cohesiveness.”  Ideas with potential include alien invasions from outer space, the creation of “blood games” (including pornography) to get masses of people together and release their energy, “total control of conception” (an idea pretty new in 1967), declarations of “war” on everything from poverty to cancer, and government-sponsored paramilitary programs in the arts that would replace bravery.  There is even a suggestion that new and sophisticated forms of slavery might be devised through welfare programs (Brave New World?).  The most promising avenue for exploration, Report thinks, is the invention and relentless publication of environmental disasters so dangerous, even “unthinkable” that unlimited national and international energy would have to be directed to their solution.  Today one gets the Nobel Peace Prize for such a good idea.

Report from Iron Mountain became a New York Times bestseller–not as a parody, but as the reluctant release of a report by a “Special Study Group” of fifteen intellectuals supposedly commissioned by the Kennedy administration to explore the alarming possibilities of peace. It was translated into fifteen languages.  Esquire published a 28,000 word except.  Transaction, then an influential journal of social science, devoted an entire issue to a solemn discussion of it.  All the major news magazines debated its findings.  Some even wondered if it were a hoax.  John Kenneth Galbraith reviewed it  in the Washington Post under the name “Herschel McLandress” and later said that he was “part of the conspiracy” but not the actual author of Report. “Nothing shakes my conviction,” he insisted, “that it was written by either Dean Rusk or Mrs. Clare Booth Luce.”  Galbraith was good at keeping a straight face.  Bill Buckley even got into the act, claiming with not such a straight face to have written it, using unimpeachable inside sources.

Leonard Lewin came clean in 1972 in the New York Times. When Report was republished in 1996, Victor Navasky (by then the editor of The Nation), elaborated on his and Doctorow’s parts in the hoax.  All this didn’t stop Oliver Stone from using material from the book in his movie, JFK; nor did it convince thousands of people, including ex-military men and government officials, that it was not real.  Google Report today and you will still find scores of sites and articles and blogs that hold it to be gospel.

Why would this be?  In his 1936 collection A Further Range, Robert Frost included a poem, “To a Thinker” (“The last step taken found your heft/Decidedly upon the left.”), that was widely considered to be a satire on FDR.  Frost later said that the poem was written long before FDR came to office: “But I am willing to let it go as aimed at him.  He must deserve it or people wouldn’t be so quick to see him in it.”  Report from Iron Mountain is a parody that hits so close to the mark that it falls into my favorite historical category, “if it isn’t true, it should be.”  Lewin laid out, in perfect gov-speak, a plausible think-tank style scenario of what we might call a warfare state and a peace state.  One could argue that now we have…both.

Up Against the Wall