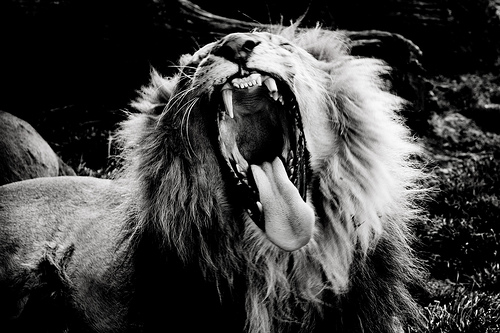 “Anyone who observed us would conclude the purpose of all academic discussion was to provide the grounds for becoming further entrenched in our original positions.”  –Richard Russo, Straight Man

Somewhere south of Hell for Certain Creek, Lee County, Kentucky. Whew, my friends, it’s an unseasonably warm November afternoon down here in the woods, and warm weather always lends itself to plain English and other incendiaries.  And so it is that I want to talk about secession, or least to talk about talking about secession.

Which is funny, because unlike other contributors here I’ve never been greatly occupied by the topic, other than as a matter of painful historical interest.  Though I wish a general “good luck” to groups such as the Second Vermont Republic and the Southern National Congress, I’d be surprised to find North or South that they have much of a constituency, and I know they don’t have a prayer.  We live in an Age of Iron, though we ourselves are as soft and heavy as lead.  And North or South we are too strongly latched onto the federal teat to have any lip left with which to argue full-strength local independence.

Better to spend my time on something small but possible, like reforming health regulations so Kentucky farmers can better make a living.  That’s less inspiring or less infuriating, depending on your point of view, and will elicit a gargantuan yawn at many desks, but it’s the sort of thing you can lobby your state legislature for and maybe get.  Maybe.

And yet–because secession has proved to be a sore tooth here at FPR, I find myself unable to stop probing the place with my tongue.  I’m unlikely to relieve the soreness, and I don’t expect to change anybody’s mind, but I can at least clarify matters in my own.

On this site we talk a lot about subsidiarity and localism.  Those are the terms we prefer to use when discussing the idea that the federal government shouldn’t do what a state, county, city or town can and ought to do.  “Localism” is a fuzzy term, and it can have non-political meanings—the “Buy Local” bumper stickers argue for stronger community life outside of any regulation—but as this is a site heavy on political theory, “localism” often means local political sovereignty here.

The word the founders used, “federalism,” is largely out of favor at FPR for reasons I don’t know, but that’s the old American term for what we are talking about.  “States’ rights” is another, but few people find it palatable anymore, not because of its original meaning of federalism at the state level, but because they read it as code for slavery and segregation.  Even the Southern National Congress mentioned above, willing as they were to call for the withdrawal from the federal government by Southern states at a meeting held in Alabama, carefully avoided both the terms “states’ rights” and “secession.”

Nevertheless, when some good people at this site read that Alabama compact, in an FPR post by Kirkpatrick Sale that went up and then down in September, what they heard was the language of states’ rights and secession—which, in the context of a piece on a Southern group, would likely be read as code words for racial peonage and prejudice.  They were right about all of that:  secession and states’ rights are precisely what that compact is about, and flak in the responses section, from readers who either hate black people or hate white Southerners, was likely.

But I disagree that the rock-throwing that passes for much of public discourse these days means secession and states’ rights—even in the South—are subjects we can’t honorably and (with some editorial effort) peaceably discuss.  As many readers know, Mr. Sale had discussed secession before on this site, and Bill Kauffman is writing a book on the subject.  The principles underlying states’ rights and secession are ideas many writers here sympathize with.  And as “localists,” we can’t separate ourselves from association with these terms.  This is particularly true of “states’ rights.”  What else do we mean when we talk about greater local autonomy and power, but states’ rights?  What is subsidiarity, but the moral argument for the devolved power of states’ rights?  What is federalism?  We can avoid certain terms, in preference for others with less baggage, but we can’t avoid their meaning when their meaning is our own.

All talk of local autonomy, all calls for devolution of power from a central government, must in the end be calls for the rights of states to oppose and if necessary nullify federal overreaching.  Otherwise those calls are just hot air.  That is because politics is first and last about power, not highway beautification or universal health coverage.  Anyone who has tried to argue with representatives of a federal agency—with, say, the U.S. Forest Service about the illogic of cutting down the woods the agency exists to manage—should know that earnest requests for an obvious good can have little effect on a large bureaucracy which exists to protect not woodlands but itself.  The people who work for the Forest Service will follow a logic in making their decisions, but it will be the logic of their budget, not of the forest or the forest’s neighbors or the Indiana bat.

Of course we all want power to give way to what is right, and sometimes it does.  But even in better times than ours, right argument generally gets further when backed by a power of its own, especially when there is a great distance between the Affected and the Decider.  If there is going to be any naysaying to Washington, it must come from entities large enough to have the clout to say no.  Since even our biggest cities are legally subsidiary to states, and since our federal government was created by the states, opposition should come from the states—or from some confederation thereof.

Does this sound like rebels’ talk from 1860?  Perhaps New Englanders will be comforted by the reminder that Massachusetts was the first state seriously to discuss secession, a half-century before the war, and that John C. Calhoun learned the doctrine of nullification while at college in Connecticut.  Unionists can take heart that two of the men most closely associated with secession—Calhoun and Robert E. Lee—both hated it. They were driven to it by the necessity of opposing power with power.

And I believe, friends, that so are we:  secession is localism with teeth.  It is localism taken to its logical end, once all petitions have been stamped Rejected.  It has always been a desperate and dangerous action to take, because all divorces are ugly and some are violent.  But it is nevertheless well worth discussing, in all parts of the country, because without the rights of states as understood by the theory of secession we are left with only two options.  We can make earnest requests to the interns who open the mail in Washington, or we can leave public politics to others and concentrate on moral arguments for reforming ourselves.

The second is the route some of us have taken here, and speaking personally I would rather act the physician and heal myself if I can, as I am in need of much reform.  But I likewise believe that political reform is something we should be able to debate civilly on a political website, and if a contributor wants to talk about secession and states’ rights, in Alabama or Vermont or any other state, he should be able to.  These words have some painful associations, but they also have intrinsic meanings.  We do not have to be bullied by the Internet’s trawling haters, and pull a post because of their ugliness, and we do not have to succumb to reader response theory either, that every word we use means only what other people interpret it to mean, rather than what our explained intention for its meaning is.

Finally, I believe we must find room for these two terms in our own self-interest, because the interpretive leap some of us made with the Alabama group is a leap others will make with us.  However scrupulously we avoid the “S” words, however strongly we declare our localist intentions to be racially benign, anyone arguing for greater local autonomy will soon have the racial baggage of states’ rights thrust upon him.  We have seen it already in some readers’ comments on this site:  that local control leaves the door open to local oppression, and how is the small-is-beautiful crowd to escape the taint?

The only answers I can give to that objection are these:  first, that there are many examples of centralized injustice and we will live to see more, and second, that we are going to have to tolerate local mistakes and injustices, at least in communities that are not ours (we can holler like anything at home), if we are going to trust people to govern themselves rather than be ruled from afar.  Will children ever grow up if not given the leeway to fail?

Those who choose to interpret these words as meaning I hope for the return of slavery or Jim Crow need to read this piece again.  And if you think I am naïve to trust my neighbors so far, then from what superior pool of humanity are you drawing your congressmen and federal judges? Let us argue clearly and charitably with one another, and with whatever hope we can muster in this empire our federal republic has become.