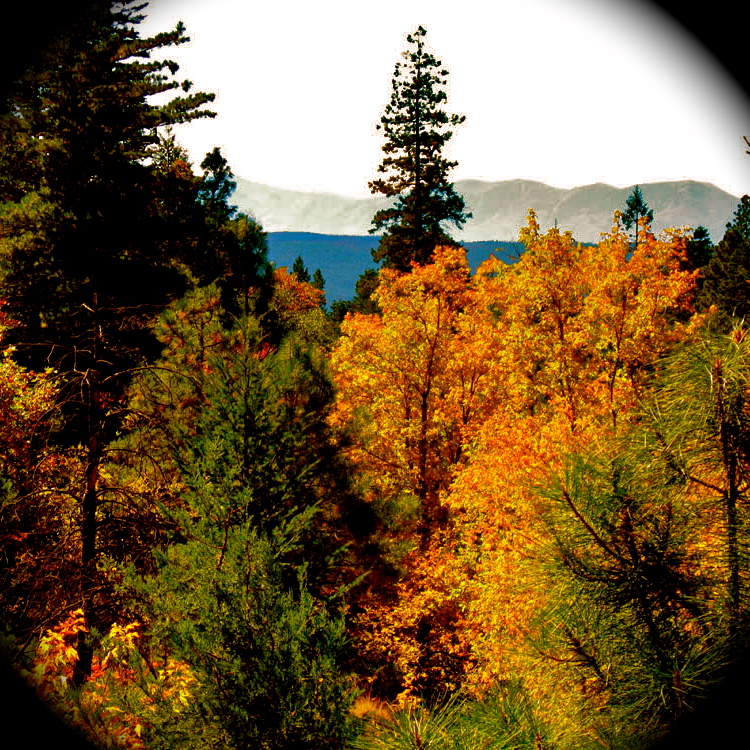 Washington Park, Arizona. It used to take seven hours to get here by car, even though the journey was only some 90 miles from Phoenix. R. J. and the family would typically get here sometime after 11:00 on Friday night. All but the smallest fry would be wide awake. They would all tumble out of the car and begin unpacking, and R. J. would immediately make himself an onion sandwich. Recipe: two slices white bread; one juicy, pungent slice of onion. How his wife Nellie felt about this habit has not been handed down to us.

Seven hours was quite an improvement, in fact. During the previous decade, the 1920s, it often took an entire day, as was discovered on one occasion by a man named Kratzberg. Kratzberg had been sent up here to recover Leo the MGM lion, whose plane had crashed in a nearby box canyon (to be clear, Leo was not piloting at the time) right in the middle of a publicity tour. In the most famous rescue mission in this region’s history, some cowboys managed to pull out Leo with the aid of some very skittish mules, “doctor him up for screwworms,” and feed him five chickens, heads pulled off but feathers left on. Phoenix was a world away, then. Along the way, the story goes, Kratzberg’s car overheated, he suffered two flat tires, his suit was soiled and his hair was tousled, and he was threatened with an ass full of buckshot by a store owner named Polly Brown—Hollywood types then being just about as popular as they are now. By comparison, R. J. had it easy.

Today, door to door, the journey takes two hours and change—a little more on holiday weekends, a lot more when some jackass (the gravely uncharitable word that always pops into my mind) gets in a wreck, since there’s still only one road between here and the Salt River Valley below. The Beeline Highway, it is called. R. J. et al. traveled the Bush Highway, and Kratzberg traveled no highway at all. The names tell you all that you need to know about the intervening advances in civil engineering.

R. J. was my wife’s great-grandfather. He had moved to Phoenix in 1919 with his brother, who had tuberculosis. Together they started a typewriter sales and repair business, which eventually became an office equipment business, and finally an “office environments” business. (More terminological changes fraught with cultural meaning.) In the late 1930s, R. J. found himself with a wife and a growing family. And with real air conditioning—as opposed to the swamp-cooling systems that then passed for a/c—only a rumor and a dream, he was casting about for a getaway place up in the pine forests north of Payson. On one visit, unable to find what he was looking for, he had started the trek back down to Phoenix. Stopping in the ranching hamlet of Sunflower, he got to talking to a man about his dilemma. Why, I know just the place, said the man, who was a real estate agent or something, and they turned around and drove the two or three hours back up to this place on the East Verde River. It was two rooms then (now it’s three, with a half-wrap-around porch). R. J. bought it on the spot.

Phoenix in the summertime is and ought to be unbearable for most of us poor saps. Air conditioning has made the city habitable by the masses. But I’m convinced that even with air conditioning it never would have been more than a medium-sized burg were it not for the extraordinary geography of Arizona, which includes every one of the world’s biomes, from tundra to desert to tropical forest. You may not own a place in the mountains. You may not be able to rent a place there. You may get up there but once every several years. But just knowing that a mere seventy or eighty miles away rise tall cool pines, and that just a few miles further, above the Rim, quake lovely stands of white aspen—just knowing that makes 115 degrees significantly easier to take. I can escape, you tell yourself, if I have to. And some do.

The Rim? Oh, yes, the Mogollon Rim. If you haven’t heard of it, feel no embarrassment; seems like virtually no one outside Arizona has, despite the fact that it’s one of the continent’s most amazing geological features. It’s technically an “escarpment,” as every guidebook tells you, unhelpfully. Which means it’s a cliff, a very, very big edge, with the top anywhere from 1,000 to 2,500 feet above the bottom. It runs west-northwest from the Arizona-New Mexico border about half the length of the state, finally petering out west of Strawberry. It is perfectly, starkly visible for tens of (maybe more than a hundred?) miles from just about any reasonable height in the Sonoran Desert and Central Arizona juniper-studded grasslands to its south. Geologists look at its sheer face and read the history of the earth. I see pretty colors.

The Mogollon Rim defines this area. R. J.’s cabin sits right at the Rim’s bottom, altitude circa 5,500 feet. The top of the Rim, here, is at about 7,000 feet; to the east it stretches as high as 7,700. Ponderosa pine, alligator juniper, pinyon pine, manzanita, and scrub and gambel oak are characteristic of this landscape; on top of the Rim, just two or three miles away, but 1,500 feet higher, there are many more ponderosa pine, but also Douglas fir, aspen, a few blue spruce, and sparkling mountain lakes.

It is beautiful country, and if it still took seven hours to get here from Phoenix, it’d be more beautiful still. I mean to say, it’s not exactly undiscovered. Still, I’m grateful that there aren’t even more people here. Last spring, on a superb day that was deemed likely to be the last good day of the season, I lit out on a Friday afternoon for a hike just fifty miles north of Phoenix—well below the Rim at the northern tip of the Sonoran Desert. The trailhead was only a few hundreds yards off the Interstate, yet I was the only one there. As I clumsily waded and splashed my way down the Agua Fria River, a bat buzzed within a foot of my head some five or six times, zipping back and forth while swooping down to the river for sips of water. I stood there and enjoyed the scene. Thank you, God, for TV, the Internet, refined sugar, and mass culture generally, I earnestly prayed, for thou hast kept my countrymen—even lazier than I—from joining me here at this moment.

Outsiders like me are often amazed at how remote the Arizona backcountry still is. I do not disagree with Ed Abbey that it isn’t nearly damn remote enough, but even so, when you drive up Beeline Highway to Payson you become conscious that there are canyons, valleys, washes, caves, and ancient ruins but a few miles from the road where man has not stepped in years, decades, maybe even centuries. The Beeline cuts through the jumbly, profoundly disorganized Matatzal Mountains, which divide the Rim country from the Sonoran Desert below. The Mad-as-Hells (as the range’s name is more or less pronounced by desert rats) are maybe forty miles from Phoenix as the crow flies, and they are as inaccessible and lonely as any mountain range in the Southwest. Another reason for gratitude.

Here we stumble upon one of the neglected benefits of the mining industry’s extractive mentality. As everyone knows, Arizona, Nevada, southern California, and other parts of the desert Southwest are dotted by honest-to-God ghost towns that in nearly all cases were once mining camps. Moreover, these ghost towns are usually located on ghost roads that have degenerated into little more than faint two-tracks—if that. That is, even if America’s pioneer farmers were pretty bad agriculturalists (read John Taylor of Caroline’s Arator if you have any doubt of that fact), at least some reasonable proportion of them intended to stick around on the home front for a while. At least there were women among them who were not prostitutes. The prospectors and mining companies never had any but the most ridiculous hopes and irresponsible intentions; in psychological terms, their time horizon was that of a dull third grader. They came; if they were lucky they boomed for a while; they inevitably busted; and straight away those who hadn’t been killed moved on, taking what they wanted and leaving the rest to rot. Now, after a century or so, the wilderness has returned. From a long-term perspective, the miners unwittingly practiced leave-no-trace settlement techniques.

There was a little gold mining done around R. J.’s place here on the East Verde, but so far as I can tell only on a small scale. The father of old Slim Ellison, whose book Cowboys Under the Mogollon Rim is a treasure of lore about this country, used to mine in desultory fashion around these parts. But there was never much here in the way of any really paying industry, including cowboying. For a long time the Apache helped make sure of that. Indeed, when Slim was a boy in the first decade of the twentieth century, a man still feared the occasional renegade warrior. When R. J. bought this cabin, the “Apache problem” was part of the living memory of many a man and woman.

The cabin has been in my wife’s family now for almost eighty years, woven into the fabric of the family’s history. Stories abound. My wife and I added one after we honeymooned here for a couple of nights. Romantically, we both climbed into the hammock for a nap, only to be immediately dumped to the ground as one of the screws fastening the hammock to the tree came loose.

We reported the incident when we got back to Phoenix. A day or two later, my wife’s aunt, having been told the story by someone else, approached us and asked: “So, did you screw in the hammock?” We paused for at least a full two seconds in shocked embarrassment. Finally, we grasped her intended meaning. Yes, we had, er, repaired the hammock. And no one, thank the Lord again, had been around to see us.

The Bar Jester Goes Off (While Putatively Responding to Matt Stewart)