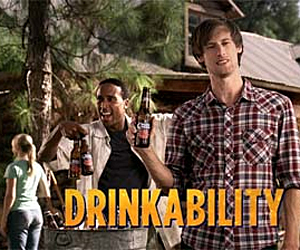 Hillsdale, Michigan. A drive back from New England to the upper mid-West on Tuesday gave me ample time to hear the journalistic accounts of the Supreme Court’s decision on Arizona’s immigration laws. The first item of note was the availability of Al Jazeera English on FM radio in Connecticut. The coverage of the Middle East was more extensive than NPR’s, but the ambiance was remarkably similar — soothing voices (some with accents), bouncy bumper music, and a generally progressive perspective on politics in the United States. I understand why folks with Muslim sympathies would take the side of undocumented residents in Arizona as opposed to the state’s law enforcement officials. Still, the words used to describe the problem with Arizona’s law and the Court’s decision — racial profiling, divisive, violation of civil liberties — were remarkably the same on both Morning Edition and Al Jazeera. That’s not a knock against NPR. It only shows how powerful the rhetoric of progressive libertarianism is — personal freedoms good, states and their laws bad.

The second arresting wrinkle in the broadcasts was the use of the phrase racial profiling to describe what police in Arizona may likely be doing if they enforce the contested law. I know it may seem like a small point, but when did Mexican become a race? I can well imagine that many of the undocumented residents of Arizona come from a variety of races (as contested as that category is). In all likelihood, the illegals in Arizona come from European, African, and Native American lines of descent. Some might even have more European blood in them than African-Americans living in Phoenix. But to show how much we disapprove of an outlook or policy, we need only raise the specter of racism and thereby the evil is underscored and debate finished.

The word profiling is also a curious development since it seems to have replaced the honorable term discrimination (as in a discriminating palette or a form of discernment). Apparently, when police or the government categorize people, it is bad, but when advertisers or internet vendors do so, it’s fine. For instance, during my brief perusal of the NBA finals I witnessed numerous commercials which let me know that young men in their twenties and unattached still drink a lot of bad beer while ogling pretty young scantily clad women. Advertisers and network sales staff make lots of money based on the viewer profiles that ratings agencies produce.

But it’s not just bad beer that flows according to gender and age profiles. It is also online travel agencies. A story repeated and repeated and repeated yesterday on Morning Edition, All Things Considered, and Marketplace — it was a long drive — reported that users of Macs tend to book more expensive hotels online than PC owners do. For this reason, Orbitz is now featuring upscale lodging alternatives for those browsing with a Mac.

Of course, no one likes to be profiled negatively. Some women back in college declined my invitations to an evening of fun simply because I looked like a dumb jock. They had the athletic part right but not necessarily the intellect (mine is supposedly above average).

But race, discrimination, and the politics of identity hardly do justice to some important legal and policy matters confronting the United States. Do laws govern immigration and naturalization or is the United States a global village that includes all people? What powers do states have to enforce laws governing citizenship or do states take a back seat to federal agencies? Beyond this are important financial considerations about cheap labor, even cheaper food prices, the abuse of undocumented workers, the unwillingness of Americans to perform what Wendell Berry called in The Hidden Wound “nigger work,” and basic human greed. But if all you listened to was FM radio and heard the national news broadcasts you would think that Arizona’s plight is simply the result of nativists who fear people of color, as if reporting on the dilemmas of illegal immigration is free from profiling Arizona’s governor or police.

People are different. People disagree with other people. And laws, policies, and courts are part of the way we try to live with and manage differences in a free society. At the same time, Arizona is not New York City or Washington, D.C. Federalism used to be the way that Americans tried to live with such differences. But in an age of heightened global economic ties and inveterate individualism, the prerogatives of states like Arizona look anachronistic. Still, that’s not exactly racist.

The Death of a Justice and the Hope of Magnanimous Statesmanship