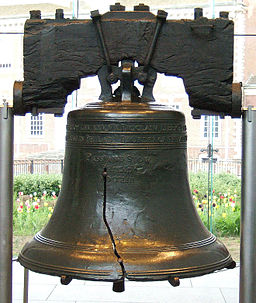 As vice-president of the US Conference of Catholic Bishops (USCCB), Louisville’s own Archbishop Kurtz has led the way in expressing Church disapproval of the Obama administration’s health care plan.  According to His Excellency, the controversial Health and Human Services mandate — which treats contraception as an entitlement that all employers, including Catholic institutions, must provide for employees — is one in a series of “assaults on the freedom of religion.”  Archbishop Kurtz’s response to these assaults has been to promote here in the archdiocese the USCCB’s “Fortnight for Freedom” – a designated period of prayer, education, and discussion which runs from June 21st to the Fourth of July.

Though neither theologian nor legal expert nor nearly so erudite as other writers who have reflected intelligently on the conflict, I do hope to contribute a little something useful to the discussion aspect of the Fortnight.  For instance, I wonder whether there shouldn’t be more emphasis upon the substantial issue – whether or not contraception is in accord with human nature – than upon freedom of religion.  Otherwise we seem to concede that opposition to contraception is a rationally-indefensible taboo to be shielded by lawyers.  True, it is possible such an approach could “win”, but it hardly wins souls to the Church; for the Catholic way to remain permissible in a country wherein nobody actually chooses it would, after all, be a worthless victory.

Nor is the possibility of a victory proving irrelevant so implausible.  If the archbishop believes a huge majority of his own flock is now on his side he is being – with all due respect to both his person and office – terribly naïve.  To the contrary, in my experience with students I’ve found that those from Catholic backgrounds are much more likely to be passionately opposed to the Magisterium than vocally supportive of it.  On two unrelated occasions from two different persons I have heard it suggested that the current pontiff might be literally a Nazi; each time the suggestion came from a graduate of an elite Catholic girls’ school.  Meanwhile nary a peep about the “assault on religious freedom” is to be heard at either of our Catholic universities, though one may rest easy knowing that the next Lesbian, Gay, Bisexual, and Transgendered Awareness Month will go off without a hitch.  And during the last election there was the quixotic spectacle of area pro-life activists trying to get the word out to Louisville parishes about then-Senator Obama’s abortion record – as if those infatuated with the man didn’t already know his position on the matter, or could care less.

What would America look like if suddenly every last Catholic was imbued with at least a superficial respect for Church authority?  I don’t know, but I do know that in such a case it would be American culture and society which would be reacting to the bishops, rather than vice versa.

Furthermore, I can’t help positing a connection between the hollowing-out of American Catholicism and the rejection of proselytization.  Of course certainly I can appreciate that we shouldn’t “target” a stranger as if he were wild game to be brought down by a papal encyclical, but it seems evident that the American Church has erred too far on the side of getting along with everybody — indeed, given how much ground has long since been given over without a fight, I do think leftists can be forgiven for deeming the USCCB’s responses to various controversies somewhat passive-aggressive.  Perhaps just as a people which fails to be fruitful and multiply gets displaced by another, so too do beliefs lacking the will to propagate inevitably fall to more robust creeds.

In light of this we might reconsider the longstanding American Catholic embrace of pluralism — the belief that all cultures and creeds may and should coexist on an equal footing.  Per pluralism everyone can flourish, provided everybody agrees to leave everyone else alone.  Yet even the multicultural pluralist formula seems preposterous, to say nothing of religious pluralism; it is akin to proposing a local space be made equally hospitable to polar bears, cacti, and flying squirrels.  Multiculturalism is the equivalent of destroying real habitats to make way for elaborate and magnificent zoos.

Actually much of liberal democracy’s lofty rhetoric turns out to be just as irrational, as G.K. Chesterton makes clear:

The modern man says, “Let us leave all these arbitrary standards and embrace liberty.”  That is, logically rendered, “Let us not decide what is good, but let it be considered good not to decide it.”  He says, “Away with all your old moral formulae; I am for progress.”  This, logically stated, means, “Let us not settle what is good; but let us settle whether we are getting more of it.”  He says, “Neither in religion nor morality my friend, lie the hopes of the race, but in education.” This, clearly expressed, means, “We cannot decide what is good, but let us give it to our children.”

This “dodge” noted by Chesterton is the heart of the liberal project, and in addition to being absurd it is also — like Sartre’s defining man as the being who has no definition — insidious and deceitful.  For it conceals the fact that liberalism’s much-vaunted value-neutrality is necessarily a sham, that liberalism does indeed push its own particular preferred notion of the good life.  (Who seriously believes that the education establishment encourages monastic vows, traditional craftsmanship, family farming, or housewifery to the same extent that it endorses go-getter global careerism?)

In fact a state which turns to equal-freedom-for-all as the one ideal “we” can agree on has by definition declared freedom the central principle of social order; for all practical purposes it has identified freedom as the Good.  This freedom-centric theory is incompatible with the Catholic theory, which identifies freedom not as the Good but rather as a good – that is, one good which must be balanced against other legitimate goods such as communal integrity and family life.  From a Catholic point of view the freedom-centric society is idolatrous, as “freedom-of-religion” itself is turned into a kind of religion, a dishonest one which claims authority over all others yet never admits its own fundamentally religious nature.

Idolatry seems to undermine and degrade the very thing it idolizes:  In their campaigns against the peasantry, for example, the Bolsheviks made a mockery of equality, while Adolf Hitler ultimately crippled the German spirit.  So too may the celebration of freedom for its own sake point toward the destruction of every freedom worth having.  Under the American ideology a man’s “freedom” increasingly refers to his being trapped (albeit all-sovereign) within a small existential bubble of “rights”, even as his theological, moral, and aesthetic convictions are absolutely prohibited from playing any role in shaping what is supposedly “his” country.

In my view the contraception affair should be seen as opportunity rather than crisis, for it will have had a positive result if it forces Catholics to recognize the necessity of making a choice.  Either we must somehow set ourselves apart from the corrupting influence of American society as it slides further and further away from the Church – call it the ghetto option, the catacomb option, the secessionist option, the Benedict option, the Amish option – or so far as possible we must actively seek to dislodge and replace liberalism’s decaying tenets with those of the Church.  The first step is acknowledging that — no matter how many times George Bush may have repeated the word in his speeches — freedom is not the Good.  So long as Catholic voters agree to be fettered by the phrase “separation of Church and State” and conservative Catholic politicians fear to run on explicitly Catholic principles, they are no different from President Kennedy.  The faith which can be set aside before the voting booth or campaign or political office is no faith at all; it is a hobby.

Obviously the current contest reveals great disagreement about the meaning of this word “freedom”, and it is equally obvious that one cannot promote a Catholic understanding of freedom without teaching others how to think at least a little bit like Catholics do.  But for generations the American Catholic leadership has mostly assumed that an Enlightenment Deist’s conception of liberty is perfectly commensurate with its own.  Some would even say the leadership has adopted the Enlightenment Deist’s conception of liberty.  Either way, for more than two centuries the Catholic has obediently danced to the American system’s tune, without ever seriously questioning that system’s basic vision and principles — much less seeking to revise or correct them via light from the Church Fathers and Doctors.  So who is to blame when he discovers that, left to itself, the system’s definition of liberty has devolved into something hostile?