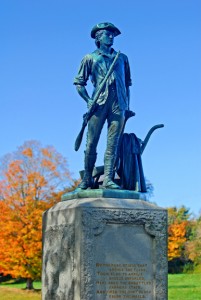 If there is one thing about which we are certain that we are pursuing at Georgetown, it is social justice.  We disagree about many things – but, apparently, we know “social justice” when we see it.  So certain are we, that we don’t stop to think critically about ways that we may be contributing to social injustice.  Yet, in the very act of scouring the world for the best and brightest and putting them on the path to upward mobility, we may be accelerating downward mobility for a great many of our countrymen.

God and Nature, in their wisdom, seem to have dispersed talent and intelligence widely throughout the globe.  If one polls an average class of Georgetown students from where they come, you’ll usually get a reasonably widespread representation from many of the States in the Union and the globe.   One measure of “diversity” that we like to proclaim is geographic:  we are no longer merely a parochial East Coast school, but a global institution.  We scour the nation and the world for the best students, and each year bring a sizeable number from everywhere for a first-class education on the Hilltop.

We do not, as a rule, ask many questions about where they go after graduation.  Yet, we all know where a great many of our students end up: if they are ambitious and successful (as most are), they end up in one of about half a dozen cities, including New York, Washington D.C., Seattle and Boston.  Along with peer institutions, we are engaged in a large-scale operation of accumulating talent and intelligence from the provinces and siphoning them to several centers composed of similarly enriched people.

The social theorist Richard Florida has celebrated the concentration of this elite educated class in books such as The Rise of the Creative Class and Who’s Your City? Florida attributes increasing levels of prosperity and creativity to the accumulation of intelligent and talented people in several urban areas.  His is a sort of left-wing version of Ronald Reagan’s claim that “a rising tide raises all boats.”  For Florida, a segregated creative class makes us all better off, even members of the uncreative class.

But is this the case?  Another view comes from Bill Bishop, who argues in his book The Big Sort that segregation by intelligence and education is fostering deep social divisions across the nation.  Where once the relatively random dispersal of people of differing talents and capacities meant a great deal of intermingling between people differently endowed, today – particularly through the efforts of our elite institutions of higher education – we are creating a new and socially divisive form of segregation.  Even as we praise ourselves for our sensitivities to “diversity,” it is also the case on many of our campuses that it is widely acceptable to regard with disdain and condescension people who are viewed as backward or recidivist – rednecks, bumpkins, bible-thumpers, “townies” – and, generally, people who live in “fly-over country” (one need only consider the response of the intelligentsia to Sarah Palin).

Further, what this siphoning of talent is arguably accomplishing is an insidious form of social injustice.  Every community relies on people of extraordinary talent, energy and achievement to become its leaders – politically, socially, economically, philanthropically and so on.  If one travels to small towns and smaller cities throughout the nation, one always finds evidence in the names of buildings, statues, museums, etc., that all such places have had a fair share of public-spirited contributors who have made those places better as a result of their local efforts.  Today, those sorts of people are more apt to apply to colleges in distant places and eventually end up living in or near one of a few major metropolitan areas across the world.  To use an image borrowed from the work of the poet, novelist and farmer Wendell Berry, we are effectively engaged in a human strip mining operation – stripping away the “usable” elements of local places and putting them in the stream of international commerce.  What’s left behind in those local places is of no concern to us.

Can we be so certain that our concern for “social justice” isn’t merely a kind of psychic compensation for a guilty conscience of what we’re leaving behind?  If we were really committed to the idea of social justice, we would have to become much more circumspect and even reluctant about the nature of the inequalities that we are fostering.  Resisting the strip mining model, we are more likely to exert our God-given talent in the way that God intended – in the communities from which we came, and to which we owe more obligation and gratitude than we are typically taught to display in most forms of “higher” education today.