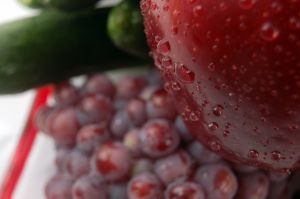 I have just returned from one of the most remarkable journeys of my life, a ten day tour of Romania to promote an anthology of distributist and localist essays, Economic Freedom: The Renaissance of Deep Romania. Each day brought a new adventure, and I will be writing a great deal about all the marvelous things that happened and wonderful people that I met. But I think it most appropriate that I start this story at the end, for it was the last day that illuminated all the other days, that made sense of the whole trip and showed what it is we are fighting for, both on this journey and on The Front Porch Republic.

Along with my co-editor, Dr. Ovidiu Hurduzeu and the publisher, Alexandru Ciolan and his son Andy, we were driving from the city of Iasi, in the North of Romania, where we had gone to debate a mainstream and an Austrian economist. More of this debate another time. Since the book was about “Deep Romania,” my colleagues wanted me to see this Romania, a Romania that comprises 46% of the population. On the way up, we had driven the National Roads, but on the return trip we were taking the back roads along River Prut, which forms the border with Bessarabia, which is now called Moldava, though it isn’t. The Bessarabians and the Romanians speak the same language and share a good deal of their history.

It is a country of rolling hills, populated by a succession of farms and villages. We pass endless horse-drawn wagons, small Orthodox churches, and roadside shrines. Our destination was one of these villages, Oancea, where Alexandru’s relatives have a farm, and where we stopped for lunch and a tour of the village. We were the guests of the Gorovei family: Florica, the family matriarch, her daughter and son-in-law, Dorina and Gheorghe, and their son and daughter-in-law, Mihail and Domnica, who is Alexandru’s daughter. The Gorovei’s took a great deal of pride in showing us the farm, and indeed there have a lot of reasons for their pride.

The oldest building is a mud and straw house with a thatch roof. “Mud” sounds very temporary, but in fact the building is at least 100 years old and as sturdy as concrete. Indeed, it survived an attack of Russian katusha rockets. The thatch roof, however, has to be replaced every 40 or 50 years. The building is now used for storing the farm’s wine in barrels, while the wine is fermented in the cellar. The “new” house (about 50 years old, I suspect) is heated by two wood stoves, one covered in decorative ceramic tiles. Gheorghe, a jack-of-all-trades, is wiring the house for electricity and has just added an indoor bathroom to replace the outhouse. The front yard is part of the vineyard, and underneath the grapes they grow strawberries. In the back there are two chicken coops. There used to be a sty, but they no longer keep pigs. There is a workshop, were they keep the grape press, oak barrels, and other wine making and distilling equipment.

The meal began with home-make polinka, a distilled plum wine that the Romanians drink as an aperitif, and for most any other reason as well. This particular bottle was triple distilled, quite potent but very good. Then came deviled eggs and salami as an appetizer. This was quickly followed by Romanian Borsh, which unlike the Russian borscht, is fermented from wheat bran, and filled with meatballs, pork, and potatoes. Topped with sour cream and served with bread, it was superb. And, of course, the farm’s own wine.

After these first courses, we then went off to tour the village while Gheorghe grilled the chicken on a fire, not of charcoal, but of corn cobs from his own corn crib. We saw the Orthodox Church, recently renovated with its complex iconography and surmounted with the traditional Christ Pantocrator (all-ruler). We saw a monument to King Carol I who gave the land to the peasants. His charter is reproduced in brass on the monument, the guarantee of the farmers’ freedom, that is, of their land. The communists, of course, destroyed the monument and it had to be rebuilt. We toured the vineyards, with soil soft as butter.

When we returned the chicken was ready. These were birds from their own farm, not only fresh, but of a different variety from the American, where we breed avian Dolly Partons for quick growth, large breasts and a bland taste. But this chicken, done to perfection and served with cucumbers (their own, of course), was easily the best chicken I have ever tasted. It was served with the red wine of the farm, and it is worth having more than one glass of this, which of course I did. Maybe a lot more than one. After that came a desert of fritters, crepes, and thick, Turkish coffee. And while we were enjoying this, Georghe was grilling catfish fresh from the Prut, prepared rather like the blackened catfish of New Orleans. It was the first time I ever had fish as a last course.

As we ate (and ate and ate), we filled the room with laughter. Wouldn’t it be a great thing if Phillip Blond, Stefano Zamangi, and a few of the Front Porch Boys and Girls could be around that table, drinking Polinka and laughing the capitalists to scorn. Then we could get the International Distributist Conspiracy off to a fine start.

Grandmother Florica sat in the corner watching us. She could not understand our talk, but certainly understood our laughter and enjoyment; the proud smile never left her face. 87 years old, she still stands ramrod straight and still works the grape harvest. She was showing us the abundance and goodness of her farm, and she had good reason for her pride. Her farm has been threatened nearly every one of her 87 years. She has seen the fall of the kingdom, the rise of the peasant parties, and their fall under coming of the German Übermensch. These would fall in turn to the new Soviet Man from Russia, who is now replaced by the cosmopolitan Capitalist, another abstract creation ripe for an extinction as definitive as the others. But of all these invaders, none of them, not even the communists, did as much damage to village life as the new globalists, with their own Internationale sung to the tune of a cash register, with accompaniment by the unholy trinity of the WTO, the World Bank, and the European Union.

These farms are efficient and abundant, and should be prosperous, but they are not. The post-communist government had to break up the collectives and return the land, but they withheld the equipment; indeed, they closed the tractor factory. They were never very enthusiastic about Romania’s farmers, labeling the rural economy “bazaar Capitalism.” Which sounds pretty good to me, but the new rulers, like the old, saw Romania’s future in heavy industry. There is some sense in this, if not pursued exclusively, since it is a mineral rich country with a trained workforce. But even then, they sold the industry off to foreigners. In one bizarre example of “privatization,” they sold the state telephone company to the Greek state. It never occurred to them to sell it to the Romanian telecom workers.

More than half the farmers have to supplement their incomes with work in the cities, work that is becoming increasingly difficult to get. The next generation has great doubts about their ability to do this. As one son told his father, “Burn the vineyard; I can’t take care of it.” And villages of mud streets and outhouses have little appeal to the young. Nor to me, but the remedy is rather easy and inexpensive. The irony of the situation is that with so much of the population having relatives on the farms, much of the produce goes the cities to supplement the inadequate incomes of the urban sectors. The farmers must work in the cities to supplement the farm, but the farm supplements the urban areas gratis. But why should such prosperous places be in such poor shape?

I will not pretend to be an expert in Romanian agriculture, but I do know that the country runs a large trade deficit in food (and in everything else). This makes no sense in a country that consists mainly of fertile fields and experienced farmers. It is not the farms that are inefficient, but the system of financial capitalism that understands neither finance nor capital. Indeed, with just a modest amount of capital, these homes and villages can be brought up to modern standards, with graveled streets and indoor plumbing. And the farms should be able to generate such capital themselves, with the proper system of finance. But, alas, “finance” now means something entirely different; it does not mean, as it should, the capitalizing of productive ventures in return for a share of the produce, but only of financing speculative schemes and government waste in return for a share of the plunder. A system of producer and marketing cooperatives, for example, would improve both the productivity and market power of the farms, and this would take very little investment, compared to that required by the grand and (usually) bankrupt schemes of the globalists.

Ceausescu, the last communist president of Romania, starved his people to pay off the foreign debts, and the new “democratic” government took office without a penny owed to anyone. Now they have a debt comparable to the Americans, and are still begging in Brussels for more of the Euros that will make them poorer, as debts usually do if not properly invested. These loans will make Romania even more dependent on their masters in the European Union. Indeed, it is likely that Basescu, the current president, will not have even as much independence from Brussels as Ceausescu did from Moscow. These days, the proper pose for a President of Romania is on his knees to get yet another round of loans to finance yet another cycle of waste.

I am grateful that I got this opportunity to see and enjoy “deep Romania.” It is a meal and a family I will not soon forget. And it is also a constant reminder of what we are fighting for: the right to the fruits of one’s own labor earned from one’s own resources, whether that labor occurs on the farm, or in the factory, the mine, or the shop. And I do not think it trivializes the question to say that we are fighting for a decent lunch as a routine part of life, one enjoyed with friends and family. Life offers few greater pleasures.