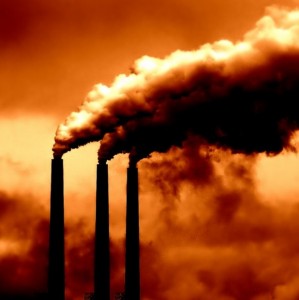 Not a Single Cube of Ice

In November of 2008, the cargo ship Camilla Desgagnés delivered supplies to the Arctic village of Kugluctuk. It did so by traversing the Northwest Passage and was first commercial voyage through the passage in recorded history. Normally, the Northwest Passage can be traversed only by powerful ice-breakers, if at all, but on this voyage they did not see a single cube of ice. It is likely that the passage will soon be open to regular commercial shipping, and on a year-round basis. This is likely to cause some problems for Canada, since it claims sovereignty over the passage, a claim which no other nation (including the United States) recognizes. It could even be a causus belli, if Canada decides to defend its claims.

The major question is whether global warming has its roots in human industrial production, and the tons of pollutants spewed into the natural environment. To be sure, there have been changes in the climate within human history prior to the Industrial Revolution. There was the Medieval Warming Period which allowed the expansion of Viking power, and the “Little Ice Age” which ended it. Nevertheless, it would also be a mistake in logic to conclude that because there are natural causes of climate change, there can be no human causes as well.

I must confess up front that I am not smart enough to reach any informed conclusion about the subject; the scientific debates exceed my poor knowledge by several orders of magnitude. But I would be very much surprised to learn that you could dump unnatural chemicals into the environment, or natural chemicals in unnatural amounts, and not have any effect. To expect nature to handle a chemical it has never seen, or to rebalance chemicals it has already balanced, is to expect too much of the natural order. Of this I am sure: The burden of proof must rest on the polluters. Those who wish to use the air, the rivers, the ocean, and the land as public dumps should be forced to demonstrate, on sound evidence, that it will do no harm. Those who would limit such dumping do not have to prove a thing, other than that such dumping is not natural; it is up to the dumpers to prove that nature can take it.

I believe that conservatives express great skepticism about global warming for two reasons at least. One, it is frequently connected with theories of “overpopulation,” theories which by now should have been thoroughly debunked, and two, they view it as an attack on capitalism and a back-door route to global socialism. These are legitimate grounds for suspicion. Concerning the first, if population control is the solution, then China, with its one-child policy, should be well on the way to solving its pollution problem. But in fact, the reverse is the case. China’s pollution problems are growing with its demographic problems, not shrinking. Indeed, the one-child policy has made China’s problems all that much worse. No matter how bad things get in the United States, they will still be better than what happens in China.

It is not too many people, but too many wasteful people that are the problem. One can confirm this with a little thought experiment. Imagine that the population of Africa is doubled at an instant, but their levels of consumption are held constant. It is likely that there would be little, if any, environmental effect; Africa has more than enough resources to support a much larger population. But now, imagine that the population is held constant, but their consumption levels are raised immediately to that of the Americans or Europeans. This is likely to result in an environmental catastrophe. This thought experiment is being tested in fact as both China and India aspire to American forms of consumerism.

Pollution as a “Property Right”

The other problem is that conservatives see environmentalism as an attack on capitalism and industrialism. However, even if that were true at one time, the reverse is happening now, namely that capitalism itself is being proposed as the solution, through the means of establishing pollution as a property right. This is the meaning of the “cap and trade” system. Government will give the biggest polluters the biggest rights to pollute, and then slowly withdraw the rights, leading to a market in pollution rights. And since the market knows all things, sees all things, the market will solve the problem without any further government involvement.

It is hard for me to imagine a worse solution than making a pollution a “right,” essentially a legal right to poison your neighbor. When you create such rights, you are likely to get more of a thing, not less. And since there are such huge measurement problems, not to mention a host of loopholes, cap and trade will create a vast and profitable market without materially reducing pollution. Indeed, creating a property right in pollution creates a constituency to continue that right, and extend it. The “trade” part of cap and trade will be real enough; the “cap” part is likely to be ephemeral. (For a good left-wing analysis of this program, see Annie Leonard’s The Story of Cap and Trade; while you are at her site, see The Story of Stuff.)

The proper answer to bad solutions is not no solutions; it is better solutions. Nor is denial an answer. Even if we are in a “natural” warming period, unrestrained industrial action can only make it worse. Distributism is capable of providing these better solutions, and recognizing the reality of pollution, for distributism itself is an exercise in realism. And distributist solutions are rooted in two sound principles: proper cost accounting and community rights.

Pollution is an “externality.” An externality is the cost of a transaction that is borne by someone not a party to the transaction. When a company dumps mercury into the river, there will be health problems downstream, a real cost. The price of a product should reflect all the costs, but this cost will not show up in the price. The people downstream of the plant will subsidize the company through increased birth defects; the company will get the benefits of using the river as a sewer, and the downstream babies will get the cost of a lifetime of problems. By definition, an externality cannot be handled by the market; it is external to the market. To ask the market to handle the problem is asking it to do something it cannot do, and that is asking for trouble.

The first step in any solution is not to see pollution as a right, but as a wrong. And the nature of that wrong is that it appropriates a community resource (such as the air, the river, the ground) as a private property, and does so without any compensation to the community. The community has every natural right to forbid this, or at least to charge for the use of these resources, up to their full value.

Proper cost accounting insures that all costs show up in the price of a product. In the case of externalities, the market cannot do this; it is up to the community. The community must put a price on its resources, just like any other owner of a resource must do. Some resources cannot be assigned any cost. In the case of mercury poisoning, it can only be forbidden. Other things can be priced, even at a price that restricts their use. Carbon outputs can be priced, and ought to be; the community ought to recover something for the use of its resources, and the overuse of certain things ought to be discouraged. Only proper cost accounting and the proper recognition of community rights can do this. It is amazing, by the way, just how many questions of social justice come down to questions of proper cost accounting. Indeed, one of the great uses of distributism is to ensure that costs are properly charged to cost causers.

Distributists should be leaders, not laggards, in dealing with these questions. Aside from the economic issues, distributism is rooted in Christian principles which dictate a reverence for nature. This reverence is not a worship of nature in the raw, but a proper respect for the created order over which man has proper dominion. This dominion is not a tyranny which allows us to abuse nature, but rather to care for it. We make nature serve human ends; this is right and proper. But in doing so, we do not violate its “natural” status; we do not convert the river into an open sewer, the ground into a cesspit. At that point, it is not natural, and quickly ceases to serve any human purpose, other than the purpose of letting a few humans get rich at the expense of their brothers.