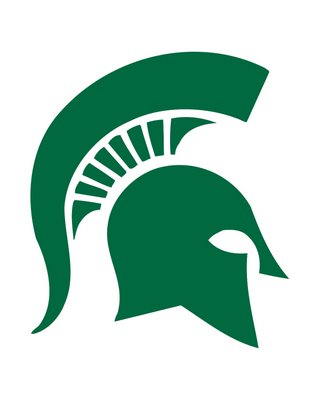 East Lansing, MI.  Back home in the steady snows of Michigan, I came across an old poem of mine, the other day, that seems like an appropriate riposte to Jeffrey Polet’s recent essay on education and character.  Needless to say, this hardly constitutes a complete response or formal commentary; it merely seeks to paint what contemporary higher education really is, and if the poem is to discuss such present realities, then it must make no reference whatsoever to the intellectual life, moral and intellectual discipline, Truth — much less classroom pedagogy.

I would further note, that this poem addresses several relevant themes we occasionally address here at FPR, from questions of belatedness and nostalgia regarding ways of life, and communal and social forms, to the life of the family and the death of far flung foreign wars.  If only it could also include some specific reference to Jason Peters, it might be a great success, but perhaps mention of his name and talk of drunkeness in the same poem would be redundant.  I leave it to our loyal readers to weed through these oaten sheaves and to pick up on whichever other such notes they may.

It’s hard to get your married brother drunk.

Now that you’ve reached the age he was once at

And he’ll tell you for old time’s sake how then,

After a night of shots and beer, he’d toppled

Down a hard flight of stairs.  His future wife

Was there, she took him in her arms and slugged

Him off to bed, laughing at what he slurred,

Before; with combing fingers, held his head

Over the staircase rail.  These two half-grown

Midwestern blond kids up at their state college.

She’d let him paint a flower on her cheek

That evening, right before she and the girls

Lit sweet cigars and found the room with booze.

After he’d let his stomach settle down,

They lay in the twin bed, his kelly jersey

With chipped-off number and once famous name

And her dry, painted cheek upon his chest.

They were young then and aren’t so old just now,

A bit with you, but don’t begin to drink.

And when you polish off your third, it seems

That you could never have a reckless time

A sugared time, as youthful time as they.

When they surrendered the age that you are now,

you lost it with them.

You have none at all:

No age, no wild youth to reflect on,

Nothing to joke about or to regret.

That is, you take their lives in listening.

When somehow you, unlikable, shy you

Manage to find someone who can match drinks,

The mood turns maudlin and you let a sigh

Within the quiet bar you’ve ended at,

Looking across toward this anonymous

You hesitate.  Sip.  And then begin

To tell those stories, near but not your own,

And far, quite far, from any time you know.

It’s always fun to drink up at State College;

I’ve never been but so I’ve always heard.

My brother doesn’t binge as he did then,

But she and him been married some years now.

They actually have a kid now.  Want another.

Can you imagine that?  And me an uncle.

It makes me shake to think about it, yeah,

So many people giving birth and so

Much wrong with this world.  I can’t understand

This poem originally appeared in The Bend 4 (May 2007)

Notre Dame and the Need for the Past