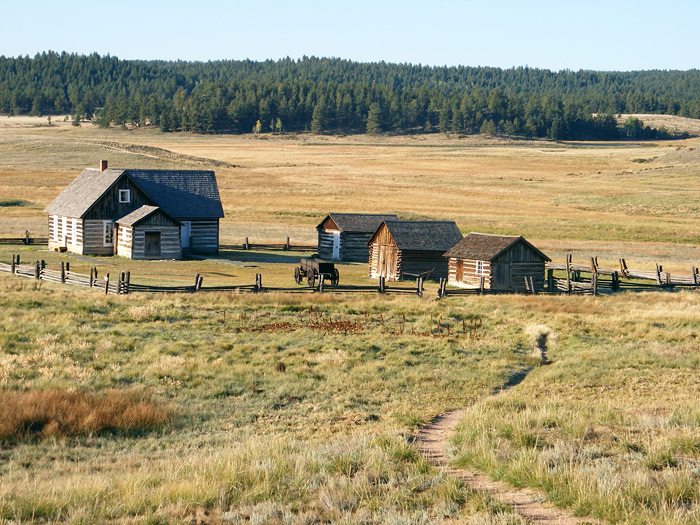 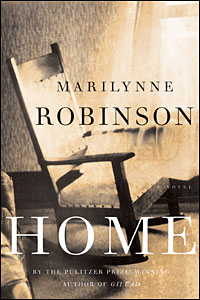 Kearneysville, WV. One thing I enjoy about the Christmas break is the chance to sit back and read a novel. For some months I have been intending to read Home by Marilynne Robinson after enjoying her Pulitzer Prize-winning novel Gilead. Both are wonderful books, set in the same small Iowa town during the 1950’s. Like Wendell Berry, whose fiction explores different characters in his fictional Port William, Robinson’s two novels bring us into the intimate lives of two households, joined by friendship but strained by the imperfection of human understanding and the limits of love.

Gilead takes the form of a long and meandering letter written by Ames, an elderly and weakening Congregationalist minister who, having married late in life and fathered a son, takes pen in hand to write a letter to the boy whose adulthood he will not live to see. He recounts family stories, he speaks of his long friendship with Boughton, the Presbyterian minister, and he muses about the return of Boughton’s ne’er-do-well son, Jack, whose relative youth and natural charm is a gentle though persistent source of envy for Ames.

Home treats the same period but does so from the perspective of Boughton’s house where Glory, Boughton’s youngest daughter, has returned home to Gilead to care for her  ailing father. Jack Boughton returns to Gilead for the first time in twenty years, an answer to his father’s prayers, who has missed him dreadfully. Jack, even as a child, never felt like he belonged, but hard years away have taken their toll, and nearly without hope he returns to the house of his youth. There he helps his sister care for their father, and he quietly attempts to make peace with himself, his past, and his father.

The form of the novel is particularly suited to the exploration of the inner life of its characters, and Robinson reveals layer after layer of complex and conflicted emotions, assumptions, misunderstandings, and desires. While the two novels can stand alone, what makes them especially intriguing is the way characters are disclosed in the two books. In Gilead we see Jack from the perspective of Ames, a man who has known him all his life and is well aware of his shady past. Ames is protective of his friend Boughton and is suspicious of Jack’s intentions. In Home, we enter Jack’s world, with all the hurts and fears and longings. We see the consequences of misunderstandings; we witness the joy of hope, the intense longing for peace, the power of forgiveness, and the lingering shadow of sins not forgotten. These are simple themes, ones we have all experienced, but in Robinson’s hands, the obvious becomes profound and profoundly moving. Robinson’s prose is beautiful and deserves to be savored. Here are a few passages from Home.

Glory reflects on the return of her brother Jack:

It was in fact a relief to have someone else in the house. And it was interesting to watch how this man, gone so long, noticed one thing and another, as if mildly startled, even a little affronted, by all the utter sameness. She saw him put his hand on the shoulder of their mother’s chair, touch the fringe on a lampshade, as if to confirm for himself that the uncanny persistence of half-forgotten objects, all in their old places, was not some trick of the mind. Nothing about the house ever did change, except to fade and scar or wear….She learned the word ‘waft’ sitting in her mother’s chair, breathing on a feather. Jack had come into the room, and the stir of air had floated it out of her hand. In those days the boys called her Glory B. or Glory Be or Glory Bee or Glory Hallelujah or Runt or Pigtails. Sometimes instead of Grace and Glory they had called their little sisters Justification and Sanctification, which came near irritating their father. But in general her brothers had ignored her, Jack not so completely as the others. He had stood in the doorway that evening and watched the feather circle against the ceiling in the air he brought in with him, and then he had reached up and caught it lightly in his hand and given it back to her. ‘It just wafted away,’ he said. She might have been seven, so he would have been twelve.

Jack spends some days under the hood of the old DeSoto in the barn and when he gets it running he takes Glory and their father for a drive:

The sky was blue, the terraced hills glittered with new corn, and in the pastures the cows were standing with their calves or lying in the mingled, muddied shade of oak trees. ‘Well, I’d almost forgotten it all,’ the old man said. ‘It’s good to get out of the house from time to time. Ames will enjoy it.’ He talked for a while about the old Gilead. It was the smell that reminded him. There used to be chicken coops and rabbit hutches behind every house almost, and people kept milk cows, and there was enough open land right in town to be plowed with a horse or a mule and planted in corn. You knew the animals around town just like you knew the children, and if some old she-goat was grazing in the flower garden, well, you knew her and she knew you and you could just walk her home. But the geese could be mean, and noisy. They’d follow you along and nip at you, pinch your heels. There was no sleeping through the racket all those roosters made in the morning. But at night you could hear the animals settling, and that was very comforting. Jack drove with such solemn caution that the dogs that ran out to the car were a long time in giving up the chase and falling back.

When her father asks for a haircut, Glory complies:

So she brought her father into the kitchen, sat him down, wrapped a towel around his shoulders and tucked in close around his neck. She got a comb and the pair of shears and set to work. His hair had vanished, or was on the point of vanishing, not through ordinary loss but by a process of rarification. It was so fine, so white and weightless, that it eddied into soft curls. Wafted, she thought. She hated to cut it off, since there seemed very little chance that it could grow back again as it was. It was like cutting a young child’s hair. But her father claimed to be irked by the prettiness of it. Fauntleroy in his dotage, he said.

Tension slowly mounts as Jack’s despair seems to reach a breaking point. Yet, in the aftermath, or some semblance of an aftermath, there is home and family and habits deeply worn, like grooves in a piece of fine old wood.

How to announce the return of comfort and well-being except by cooking something fragrant. That is what her mother always did. After every calamity of any significance she would fill the atmosphere of the house with the smell of cinnamon rolls or brownies, or with chicken and dumplings, and it would mean, This house has a soul that loves us all, no matter what. It would mean peace if they had fought and amnesty if they had been in trouble. It had meant, You can come down to dinner now, and no one will say a thing to bother you, unless you have forgotten to wash your hands. And her father would offer the grace, inevitable with minor variations, thanking the Lord for all the wonderful faces he saw around his table.

Yet with all that, Glory’s father laments: “All of them call it home, but they never stay.”

Home. What kinder place could there be on earth, and why did it seem to them like exile? Oh, to be passing anonymously through an impersonal landscape! Oh, not to know every stump and stone, not to remember how the fields of Queen Anne’s lace figured in the childish happiness they had offered to their father’s hopes, God bless him….That odd capacity for destitution, as if by nature we ought to have so much more than nature gives us. As if we are shockingly unclothed when we lack the complacencies of ordinary life. In destitution, even of feeling or purpose, a human being is more hauntingly human and vulnerable to kindnesses because there is the sense that things should be otherwise, and then the thought of what is wanting and what alleviation would be, and how the soul could be put at ease, restored. At home. But the soul finds its own home if it ever has a home at all.

Robinson weaves a rich description of a family, of a lost soul in search of rest, and the longing we all have for that place called home.

More than a Step on the Boss Man’s Ladder