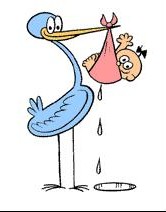 The answers we get are dictated by the questions we ask, but there was one question which always grated on my wife’s nerves, no matter who frequently she was asked. That was the question, “Do you work?” As she had five small children and a husband (or, as some would reckon it, six children), she did quite a bit of work. But what the questioner really meant was, “Do you work for a wage?” Being a “housewife” (a term which seems to designate someone wedded to a house) carried no status at all; only work in exchange for wages could have any value, precisely the value of the wage. Work that has no wage has no value.

But we cannot blame the average person for asking this question when the economists have no better understanding of the family and no better questions to ask. Modern economics is a theory about how individuals exchange goods and services, but it has no explanation of how these goods come into being in the first place; that is, it has no coherent production function. Exchange theories deal merely with the change of ownership of already existing goods among freely contracting individuals; it can never explain the appearance of new goods. In these theories, everything is treated as a commodity (even the human person gets commodified as “labor”) but the actual existence of these commodities cannot be explained. But of all the “commodities” whose existence economics cannot explain, the first is the existence of the individual. And without such a explanation, how can economics understand the growth of the economy?

John Mueller of the Ethics and Public Policy Center, has characterized these shortcomings  as “The Economic Stork Theory” (EST). Mueller explains this theory in Redeeming Economics: Rediscovering the Missing Element, which will be published this Spring by ISI Books. In the Economic Stork Theory, workers arrive in the economy fully grown, fully trained, and fully socialized. These stork-borne workers are a “given”; that is, there is no way to explain the growth in workers or their level of training and socialization, and hence little reason to support them with political or fiscal policies. Mueller describes the theory as follows:

I call this the Stork Assumption, since it literally means that adult workers spring from nowhere, as if brought by a large Economic Stork. Under the Stork Assumption, the accumulation of workers’ tools—buildings and machines—is the only possible source of economic growth that can be affected by policymakers. Moreover, under these assumptions the total tax burden not only should, but inevitably must, fall entirely upon the incomes of workers (who by assumption cannot avoid such taxes by having fewer or less-educated children, though property owners are assumed able to avoid taxes on property income by investing less in property). The Stork Assumption, not economic theory, underlies the perennial proposals to abolish taxes on property income, which are advocated by a cottage industry of (mostly my fellow Republican) economists centered in Washington, D.C.

As a corollary to the Economic Stork Theory, the only “useful” work done in the economy is work done for wages or other economic rewards, and hence there are only two kinds of human activity, work and leisure. Hence, there are only two kinds of Individuals in this theory: Partially Useful Individuals (PUIs) and Totally Useless Individuals (TUIs). The PUIs are partially useful because they spend a part of their time at “work” producing things in the money economy. The TUIs, however, don’t “work” at all because they earn no wage. Rather, some of the TUIs, otherwise known as “mothers,” spend their time in such leisure activities as taking care of the household pets; some of these pets are called “cats” or “dogs,” and others are called “children,” another form of TUIs.

Since the standard of living in the EST is the result of a positive capital-to-labor ratio, increasing the number of PUIs does not increase the standard of living unless the amount of capital is increased by at least an equal amount. In other words, you can increase the standard of living by decreasing the number of people, or at least slowing the growth of the population.  Therefore the crucial element in growth is capital, and people are problematic. The policy implications are that capital should not be taxed, only people, in the form of labor or consumption taxes. This will help to discourage the formation of new PUI/TUIs, while raising the capital-to-labor ratio.

What the TUIs known as “mothers” are doing is crucial not just to the continuation of the economic system, but to the continuation of civilization itself. There is no economic growth without mothers and the job they do. Moreover, the social shifts of the last 50 years have moved us away from production for use to more production for exchange. Now, one may debate as long as one likes the soundness of this move into the workplace in terms of, say, women’s liberation. But as the feminists point out (quite rightly), if mothers were paid a salary for everything they do, they would earn a hefty salary indeed. But the attempt to monetize the work of mothers, to convert it from production for use to production for exchange, is futile and leads to endless debates that have no possible resolution. There simply isn’t enough money on the planet to replace what mothers do everyday. The transfer of work from use to exchange does indeed show up as an “increase” in the GDP, but not as an increase in any actual output of goods and services, and likely involves an actual decrease in such services and in their quality. When mom cooks you a dinner, the GDP does not record the fact; but when she takes the family to MacDonald’s, the GDP rises. But do fast-food stands really substitute for family meals? Do day care centers really provide the same level of “care” as does a family?

The Economic Stork Theory isn’t even compatible with the commodification of labor. After all, economic theory recognizes that the price of any commodity must cover all of its costs, not only its production costs, but its maintenance and depreciation costs as well. But labor also has a “production cost” (the family, the school, etc.) maintenance costs (subsistence and health care) and depreciation costs (old age). If the price of labor does not cover these costs, then the economic system does not meet its own basic requirements. An economic system that doesn’t understand the basic economics of the family will gradually erode the family, which is precisely what has been happening in the last 30 or 40 years. As John Wilson reminds us, “It’s the Family, Stupid,” and an economic system that doesn’t consciously support the family and judge itself by that standard is stupid indeed.