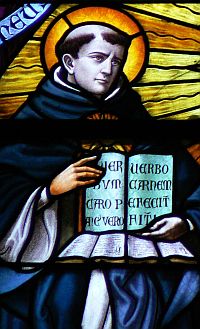 Devon, PA.  The penultimate installment of “Art and Beauty against the Politicized Aesthetic” has now appeared at First Principles.  In Part V, I had treated of Jacques Maritain’s theory of art.  In this, Part VI, I consider his philosophy of beauty, focusing particularly on his analysis of Thomas Aquinas’s definition of the beautiful as that which possesses integrity, proportion, and clarity.  As I note there, and will dilate upon in the final installment, how one interprets and relates these three attributes will determine how one understands the nature of beauty; the difference between what one person calls beautiful and what another does, or between the philosophies of beauty behind works of art from obscene contemporary installment pieces to Joyce to Sophocles may be reducible to the privileging of one of these three attributes over the others.  In Maritain’s philosophy, I argue that he gives short shift to integrity and proportion, so anxious is he to think of beauty in terms of clarity or “the splendor of the form.”  I argue,

In rushing past integrity and proportion to clarity, Maritain suggests his understandable orientation to, even fixation on, one of the most potent insights of the Christian Platonists, of the Schoolmen and indeed of the whole Catholic theological tradition: beauty as a transcendental property of being. Defined immanently, something is a transcendental if it is present in any and every thing regardless of the kind of thing it happens to be. One may not find it very illuminating to be told that “thing” is a transcendental, because every thing is by definition a thing. Nor is it immediately startling to learn that unity is a transcendental: everything that is something is by definition a or one thing and not multiple, even if it is composed of multiple elements or qualities. I know that a book is made of a cover, pages, some thread, and some glue—but taken together these things become a unity to which I refer when I say, “book.”

Maritain’s account of beauty as a transcendental leads to a curious, perhaps troubling, certainly compelling explanation of his motives.  He sees beauty as an alternate route to the encounter with, the vision (as opposed to the knowledge) of God.  Beauty as that which pleases when seen — either with the physical eyes, or the eyes of the soul — leads to an immediate encounter with being and Being Itself that ought to compel us as would any confrontation with the very foundations of reality:

Maritain wishes to drive us beyond the affirmations we can make based merely upon the immanent surfaces of things. If truth, goodness, and beauty in things are relative and imperfectly perceived, his realist metaphysics nonetheless drives us to the certainty of beings. Further, the perception of beings leads the intellect to the principle of Being, and the transcendental reality of Being Itself who is God. We relative beings are only analogous to God as Being Itself, and so, if the transcendentals are immanently convertible, so the unity, goodness, truth, and beauty of things are also analogues to God as the super-substantial eminent realization of these properties. He is the transcendent or absolute transcendental. In brief, “God is beautiful. . . . He is beautiful through Himself and in Himself, beautiful absolutely.” “Thus Beauty is one of the divine names.”

Maritain’s career can be understood primarily in terms of metaphysics, epistemology, and the philosophies of art and beauty. That is, he tried to reorient his age to recognize that it perceived being, and in perceiving being it perceived truth. Parallel to this, he tried to show that we perceive beauty and in perceiving it, once again, our mind flashes upon being and truth. Taken together, all that we see, with the senses and with the light of the intellect, is an analogue of God and leads us to Him. Because beauty “belongs to the transcendental and metaphysical order,” Maritain writes, “it tends of itself to draw the soul beyond the created.” The quintessential poet of modernity, Baudelaire, had seen as much, apprehending the “theological quality and tyrannical spirituality of beauty.”

Meditation in a Local Orchard