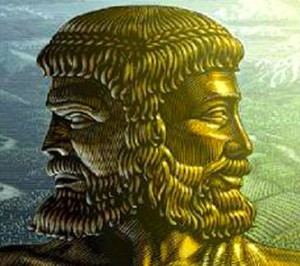 Kearneysville, WV. The health care bill has passed the Senate, but it is yet to be seen if the House and the Senate can agree on a bill to send to the president. During the debate, Republicans have argued that the bills of both houses represent a massive expansion of federal power. Talk radio has been buzzing with angry discussions and denunciations. Rush, Hannity, and the rest have stated in no uncertain terms that Obama is intent refashioning the American political and social scene and the health care initiative represents only the most obvious facet of his plan.

But with all that, there is a curious sort of rhetoric coming from some of the denizens of talk radio and beyond. The argument is simple and goes something like this: Have you ever seen the government do anything right? The resounding reply is “NO”! Then—so goes the argument—why should anyone imagine that the government will do anything but screw up our health care?

The first obvious difficulty is lumping all ‘government’—federal, state, and local—into the same indictment. Generally speaking, though, the target seems to be the feds, who clearly wield the vast majority of power. Yet, this “government can’t do anything right” line is a curious argument for a couple reasons. First, it isn’t obvious that government never gets anything right. One could at least plausibly argue that certain things are, in fact, best handled by the federal government. Highways, perhaps. Or the regulation of certain financial markets. Interstate commerce. Coining money.

To argue that the government ruins everything it touches is to tacitly suggest that it shouldn’t touch anything. This, curiously, is not the view of the American founders (see Article 1, section 8 of the U.S. Constitution) or the view expressed by those once identified with conservatism. Instead, if this argument is consistently applied, what we have is libertarianism or even some form of anarchism: let free individuals and the markets act without restraint. Government should stay out of, well, most everything.

Now I’m quite happy to admit that there are plenty of occasions where involvement by the federal government has created more problems than it has solved. Yet, the “government messes things up” position seems to depend primarily on an appeal to experience. That is, there are many examples from the past supporting the claim that government involvement messes things up. But this is at heart an efficiency argument. In theory at least, many inefficiencies could be mitigated through expanded governmental control. Thus, one response would be to increase the size and scope of government rather than reduce it.

Furthermore, government naturally tends to expand. It is omni-confident if not omni-competent. The air of confidence inspires a sense of competence, so without constant resistance from alternative centers of power, state power will move steadily toward consolidation, centralization, and expanded control.

Efficiency arguments are inadequate. What is needed is a principled argument against the consolidation of power in any form. A proper view of human nature will recognize that power is likely to be abused and therefore decentralized power is the best means of limiting the possibility, or it least the scale, of abuse. Thus, even if the consolidation of government power could deliver goods and services with perfect efficiency, such consolidation should be resisted, for a skeptical view of human nature tells us that if goods and services can be delivered efficiently, then so too can control be efficiently imposed.

But for the sake of argument, let’s assume that the “government can’t do anything right” argument is correct. It is here we encounter a curious situation. Limbaugh, Hannity, and the rest tend to be aggressively pro-military (try to think of a military venture in the last thirty years—and there have been plenty—that has spawned a peace movement from the right). They have generally supported the wars in Iraq and Afghanistan and the much broader, if less defined, war on terror. If enthusiasm has flagged it is due to a commander-in-chief who has not prosecuted the wars as aggressively and effectively as he should. But the military is part of the government. It is certainly not guided by the invisible hand of the market. If the “government can’t do anything right” argument works in the context of the health care debate, why doesn’t it have equal validity in the prosecution of war?

We have here, it seems, a split personality among many who call themselves conservatives. Domestically they are libertarians who are suspicious of the government and concerned about its expansion. Yet in terms of foreign policy, the same people tend to be militaristic, jingoistic, and apparently quite content with massive government action.

Here is the irony: Political thinkers since Plato have known that war is quite simply the most effective means of centralizing state power. James Madison recognized this when he wrote that “of all the enemies to public liberty, war is, perhaps, the most to be dreaded.” War tends to strengthen the hand of those leaders who wage it, and power once consolidated is not relinquished easily. Thus, these conservative militants, while attempting to defend limited government on domestic issues, have, by virtue of their enthusiastic support for the military and the wars they wage, unintentionally aided and abetted the consolidation of power.

There are, of course, instances when war may be necessary, but a free people must be wary, even frightened, of the consequences born of the wars they wage. To the extent that conservatives are not duly fearful of this fact, they have facilitated the very outcome they claim to oppose.

Do Conservatives Need to Belong to A Minority to Get an...