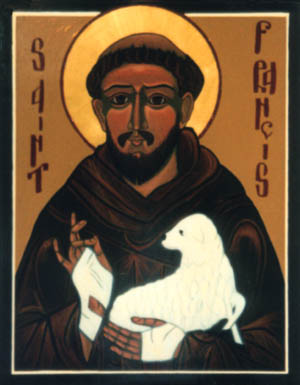 Devon, PA. The daily headlines at Catholic Culture draw our attention to this gem of European Catholicism:

Caritas Europa, the consortium of Catholic relief and development agencices in 44 European nations, has launched a Zero Poverty campaign so that “no one is forced to live on the streets or dies prematurely because [he] cannot afford healthcare.”

Asserting that the “three traditional sources of social welfare” are the labor market, the family, and the welfare state, Caritas Europa pledged to lobby governments to “end child poverty by guaranteeing allowances for every child in Europe, regardless of the status of their parents; secure a minimum standard of social security for all; guarantee universal healthcare and strengthen the welfare state; [and] take active steps to ensure decent jobs with decent wages.”

One wishes to speak carefully here, but without letting pass a compound of willful ignorance, crude ethics, and cruder social doctrine: a compound, indeed, of the sorts of small, soft hearted errors that transform charity into social work, love of the Body of Christ into “altruism,” and a sense of personal obligation to a scheme of bureaucratic methods for getting others to pay for my sense of moral obligation.  Let us note a few things.  Come, Caritas Europa, let us reason together:

1) It takes a horrid lack of historical memory — the inability to think back over centuries or, say, back to yesterday — to list the labor market, the family, and the welfare state as the “three traditional sources of social welfare.”  Note that phrase “labor market,” which, in the most banal spirit of Marxism, implicitly excludes the market per se (what are all those laborers laboring to make, anyway?  Is their sweat the sole source of value?).  Note further, that the welfare state has been with us just over half a century; the poor have been with us always; and the Church has fed them both their daily bread and the bread of life for longer than a few decades if less than always.  At last count, about two-thousand years.

2) Note the significance of this exclusion.  When one speaks of the Church, labor market, and the family, in regards to social welfare, one rightly speaks of interdependent and mutually supporting institutions.  Dating back to St. Paul, we find evidence that the labor of the Body of Christ supports that Body just as that Body gives those that labor life; we know, further, that the family has always been a domestic church, sowing the seeds of faith, initiating the young into the practical virtues, and providing that first and lasting community of obligations and support necessary to carry every person on his journey through this world.

3) In contrast, note that the welfare state, by itself or aided by the dynamics of corporate capitalism (the corporation state), tends to dissolve both the labor market and the family alike, to render them both in thrall to its endless but petty pelf and absolutist bureaucratic procedures.  I can only imagine what would happen if every European resident were given an allowance regardless of his position in society, in a family, in a particular community.  Such conditions of equality would at last render the particularities of persons a matter of total indifference.  Was this the dream of the New Jerusalem?  To make it possible for people to slurp their gruel in total isolation from any kind of productive and individuated role and severed from any meaningful dependency on family and community?  The prodigal son ultimately benefited from a time of suffering and hunger, I believe.  So have I, and not because it made me more covetous of food.  One can imagine the effect of this: the more sordid parts of Brussels would become the model for the entire geography of Europe.

4) In CaritasEuropa’s press release regarding this initiative, it says “Poverty is a scandal” and follows by observing that we put a man on the moon decades ago, but have not eliminated poverty from Europe.  Now, I have been convicted of abusing the word “scandal” myself from time to time, but as I understand it, the term refers to any indecent public behavior that leads another to sin.  For example, a drunken bum getting arrested with a prostitute is not a scandal, but it would be if a priest were so arrested, for it may well lead the faithful to indifference and eventually to sin themselves . . . better, may we say, to have a millstone tied around one’s neck and cast into the sea than to lead another to sin . . . But, in a community where there are persons with character, initiative, and the capacity to act, poverty proves to them not so much a scandal as an occasion for a corporal work of mercy.  Such has been the example of the Church always.  Such, no doubt, was the genesis of all the organizations now swallowed up in the Non-Governmental state-succubus of Caritas Europa.  Such actions are the product of a virtue — an infused one at that — called caritas.  Caritas Europa may find that word faintly familiar, if not its meaning.

5) Now, let us pause upon the cliche “. . . if we can put a man on the moon, why can’t we . . .”  I once heard a priest give a homily in which he held up a picture of Lance Armstrong and then took a non-scientific poll of the parish on the question “Who still believes we cannot find a cure for cancer?”  That is not the faith of the cross, exactly, is it?  Jesus Christ played second fiddle to a fellow with a mean knack for the velocipede; the good Father seemed to be asking us to put our trust in the eventual triumph of technology, the dominance of the earth — we could be its princes! — if only we bucked up for a little old fashioned optimism.  This, my dear readers, likely proved an instance of scandal; for it no doubt encouraged some to believe, and confirmed for others already superstitious stooges of our modern magic, that we need not trust in God’s power, but rather should funnel stimulus funds to those researchers who will maximize our own.  We need not rely with some desperation on the Hope that is a gift, if we can gin up optimism of our own sort.

There is no necessary proportion between our various capacities.  If we gain competence in firing men into space in hopes that it will relieve us of the burden of having to think about where and who we are now, that does not necessarily indicate that we can so regulate and subsidize the lives of all that poverty will cease to “scandalize.”  Indeed, I would suggest that the society that spends much of its energy and spirit on achieving the next technological triumph is one probably anxious to divert itself from cultivating those humble — necessarily non-bureaucratic and technocratic — virtues that lead men to give themselves in charity to another.  Abstaining from meat on Fridays (as most devout Catholics do despite the self-demolition of their culture in the last few decades) does more and in more ways for the poor of the Body of Christ than all the rationalizing initiatives of the welfare state.  “If we can put a man on the moon,” and yet paradise on earth remains elusive, perhaps we should put our hope in prayer, our attention on the particular person next to us in need of help, and our faith in that crude technology called the love of God, sometimes known as caritas.

I have been meaning to write in a more systematic fashion on Catholic Social Doctrine for sometime.  It speaks a truth that welfare state bureaucrat and capitalist liberal alike ought to hear — and which should culminate in their self-flagellation.  But, naturally, the great danger that faces any proposal standing outside of, and challenging, a dualistic paradigm (like that of liberal individualism and liberal statism, which saturates the West) is its being absorbed within it.  Caritas Europa seems too much at home in the Zion of the European Union, content with a dehumanizing statism so long as there’s a faint incense of spiritual bureaucracy added to it.  They seem incapable of distinguishing between Jesus producing the loaves and fishes and the monetary powers of state bureaucracies.  In such hands, Social Doctrine ceases to be the truth derived from Tradition and applicable to any society that would be just; it becomes a bit of holy pretension drifting in miasmal fashion over the steel surface of a continent that has sold its love of God for an empty species of security.  I shall return to this matter in due course, and with perhaps more circumspection; but let me avail myself in closing of a bowdlerized slogan by which I live: I like my politics local and my Church universal — may the two never meet in the policies or the hands of a technocrat.

Flowers and Dust: Summer in The Great Gatsby